The Strange Ways Bruce Banner Used to Hulk Out

Examine how Stan Lee and Jack Kirby homed in on the Hulk we know today!

Ch-ch-ch-changes have always been at the core of what the Hulk’s all about, Charlie, and boy did he go through some in the pulsating pages of last week's IMMORTAL HULK #39!

But, listen—we know ol’ Jade Jaws will weather the storm in superlative fashion ‘cause it all ain’t nuthin’ compared to the crazy, kooky combustible changes he went through in his very first year of eternal existence! Roll that film, Frances!

The Hulk used to only change at night!

Back in the bountiful early days of INCREDIBLE HULK #1, Doc Bruce Banner was pelted by gamma rays and transformed into the terror titan we title the Hulk...but only when the sun went down and the moon came up! It took Bruce a bit to figure it all out—and he retained some of his memories as the Hulk! It was the three Big “B’s” of the 1960s: Blast, Bombardment, and Betty!

Along came INCREDIBLE HULK #2 with its terrible Toad Men from out-of-this-world, and Banner still burst out in green all over with the rising and falling of the sun. In fact, as the Hulk he was dead-set on destroying not only “all mankind” with the aliens’ armory, but also his lil’ buddy Rick Jones…until the sun came up and Bruce beamed his baby face and all was well again!

It wasn’t until INCREDIBLE HULK #3 that the sun and the moon stopped playing tag-team with the Hulk’s changes. Oh, he did his transformation bit when tricked into a space capsule by Rick and shot up into the sunlight, but when a weird wonder of a radiation relay burnished a bond between Bruce’s and Rick’s brains—and the boy found he could control the creature—the Hulk maintained his emerald expression all the live-long day! Sun be darned! 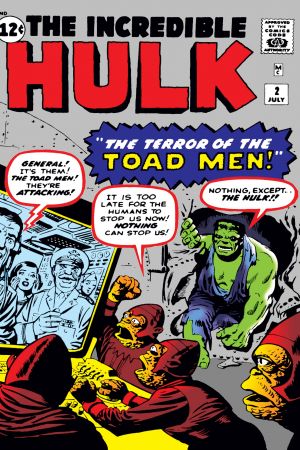 The Hulk once used a machine to change!

Holy Hannah, hold onto your Hulk Hats, heroes, ‘cause the saga’s about to get stranger! As INCREDIBLE HULK #4 opened, readers realized Rick was still in command of the Hulk—but barely. When the boy’s frustration intensified, he hunkered down and learned how to use one of Banner’s big-brain gamma ray machines to transform sulky Hulk back into bashful Bruce. And it worked!

The scientist himself saw a chance to try something new at that point: Change into his green-jeans alter-ego, with his own masterful mind. Then, crossing his fingers and toes, he threw the switch and the switch occurred—and the Hulk was walkin’ and talkin’ with Banner’s brain! Happy days, right? Well...have you met the Incredible Hulk?

See, something else happened, namely that the green giant seemed crueler to Rick, a meaner version of the Hulk like none before. Gone was the erudite speeches of yore, and in their place Banner-Hulk would start to slip in soliloquies with tough-guy talk the likes of “Shut your yap,” and “I’m gonna pulverize these crumbs!” This lasted into INCREDIBLE HULK #6 when frantic fans found two distinct personalities again between monster and man…but that wasn’t the last of the cataclysmic changes, oh no! The biggest was yet to burst! 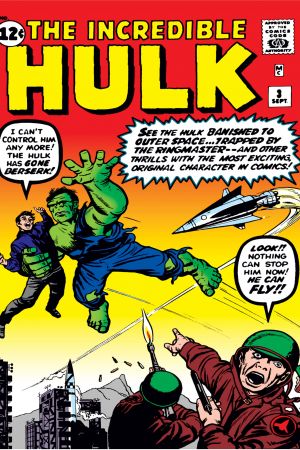 The Hulk could change due to stress and strain!

Well, yeah, you probably knew this one, Effendi, but didja know when that little nugget of nougat was first dug up? Ah-ha! Maybe we gotcha this time… It’s all about a little excursion for our hulking hero, from comic book to comic book.

The Hulk and his motley crew wound up weaving their tapestry of tales in a mag called TALES TO ASTONISH (1959), and though their page count was less than when they had their own home, the packed it with pulse-pounding pages—and speaking of pounding pulses, that’s just what Bruce Banner discovered in the opening panels of TALES TO ASTONISH (1959) #60. He realized in a flash that being tense and excited, and maybe even a little nervous, triggered the transformation into the Hulk. 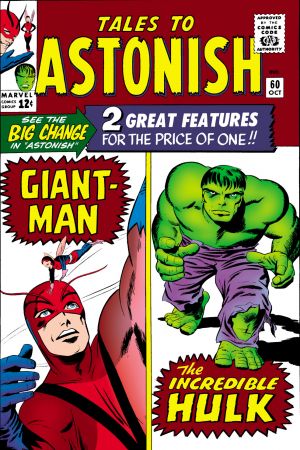 As we used’ta say back in the day, This Is the Big One, True Believers! After a year of the sun rising and setting, gamma ray machines, and all that razzmatazz, the classic concept of Bruce’s bursting blood pressure signaling the audacious arrival of the Hulk had begun! And, if we may be so bold…a legend was born!