Take a trip across the mighty Marvel Multiverse as 'Doctor Doom' #10 hits shelves!

Everything’s rushing to a head in DOCTOR DOOM #10 and it looks like the future of our ol’ pal Victor Von Doom’s a little uncertain…but how could that be? Doom is eternal! Doom is without end! Doom is all!

Look, True Believers, we love our Doomsie to death, even in all the funky forms we’ve found him in over the years. In fact, a brand-new ersatz Victor will be seen in the aforementioned DOCTOR DOOM #10 and it just may be the cream of the crop of deviant Doctor Dooms!

The Counter-Earth Doom was a groovy good guy!

On the original Counter-Earth, kit-bashed by the High Evolutionary to orbit the sun on the opposite side to regular Earth, Victor Von Doom attended college with rambunctious Reed Richards, sure, and had an experiment blow up in his face, natch, but didn’t become a terrible tyrant, nossir! Reed convinced his chum to walk the path of the angels, and so he did!

In WARLOCK (1972) #5, that Doom butted his bean against that of his world’s United States president, Rex Carpenter, in an energetic effort to stop a bomb test. In the end, Vic came out smelling like roses, much to Rex’s rancor, but the public sure went nutty for ‘im. In WARLOCK (1972) #6, Doom met Adam Warlock himself and the two quickly became Number One and Two with a bullet on Carpenter’s hit parade of People to Silence. 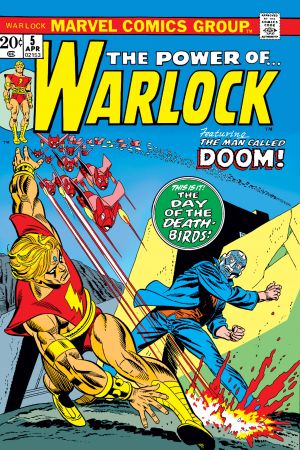 The dashing duo of Doom and Warlock clashed with the brazen Brute (in reality that Earth’s Reed Richards) in WARLOCK (1972) #7, though when Victor used an amazing absorber device to suck up his enemy’s energy, the whole blamed thing—wait for it—blew up in his face and kilt him dead. Hero-Doom, we hardly knew ye!

The HOUSE OF M Doom was Magneto’s minion!

Not all the Dooms who walk a different path end up on the side of good, uh-uh! Take the Victor Von Doom in the Scarlet Witch’s alternate reality known now as the HOUSE OF M—he was lean and mean like the regular Doom, ‘cept he answered to the beck and call of a malicious malcontent with the moniker of Magneto!

In FANTASTIC FOUR: HOUSE OF M (2005) #1, we discovered ol’ Doom was still the master of all he liked in Latveria, but suffered some slings and arrows under the thumb of Magneto. Fortunately, Vic had a few pluses on his side, namely having his mother still alive, being married to a gal named Valeria, and having adopted a terrific tyke called Kristoff. Too bad he had to go and turn them into a way-put, wacky version of the Fantastic Four! 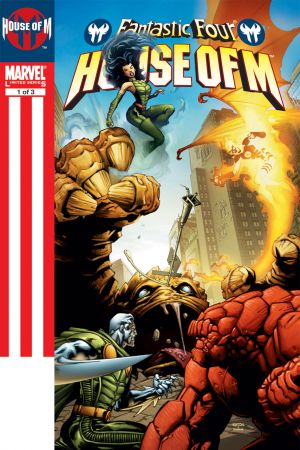 With his liquid metal armor, Doom joined Val as Invincible Woman, Kristoff as the Inhuman Torch, and Ben Grimm as the icky It to become the Fearsome Four in order to keep that world’s Super Heroes in line. It all caught up with ‘em, though, in FANTASTIC FOUR: HOUSE OF M (2005) #3 and, uh, see, Val and Kris didn’t make it out.

That Doomsie, always the life of the party no matter what reality he’s in!

The MUTANT X Doom was a United Nations superstar!

Let’s wrap this up by looking at another divergent Doom who wasn’t a vile villain, but actually someone the whole world looked up to—so much so that the United Nations put all their eggs in his basket!

Remember how the MUTANT X (1998) series took place on another Earth where everything seemed somewhat similar, but was actually sitting sideways? We met that reality’s Doctor Doom in MUTANT X (1998) #12 when the planet had a problem with a little thing called the Goblin Force—kinda like the Phoenix Force, but uglier—and President for Life of the United Latverian States was asked to take a fleet of warships and defeat the Force in feminine form, namely Madelyne Pryor, the Goblin Queen. Exhale. 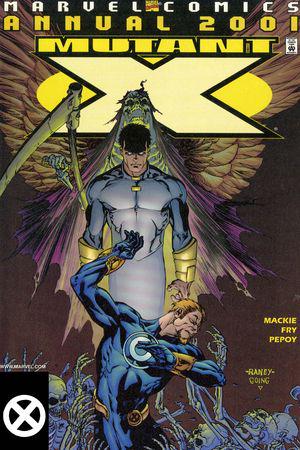 That Doom returned in MUTANT X ANNUAL (2001) #1 to join with Earth’s heroes—weird, wasn’t it?—as they gathered their fine forces to fend off an attack by the big, bad Beyonder. That story spilled over into MUTANT X (1998) #32 when Vic was seen as the last defense along with a few other powerful hitters against the Beyonder…who just happened to be a revived Goblin Queen in disguise.