What is the Hellfire Club and Why Do They Hate the X-Men?

Pair this week's 'Uncanny X-Men' #19 with a look at the twisted history of Marvel's most dangerous group of Victorian-obsessed megalomaniacs!

Right now, in the pages of UNCANNY X-MEN, Emma Frost claims to be working hard to bring down the Hellfire Club from the inside as the group's current Black King...

This particular group of chess-obsessed throwbacks have been causing trouble for humans and mutants alike with their secret society machinations and Victorian role play obsession for over a century!

But what is the Hellfire Club and where did it come from?

The exact roots of the group are as closely guarded secret, but go back over 150 years. In that time the most influential people have been counted as members. The Inner Circle, however, finds a group of individuals known as the White King, White Queen, Black King, Black Queen, and so on.

The group first appeared in 1980's UNCANNY X-MEN #129-134. In this Chris Claremont-John Byrne epic, we saw Jason Wyngarde (actually the illusion-casting mutant Mastermind) flying aboard an opulent Hellfire Club jet and trying to mess with Jean Grey's mind during her time as the Phoenix.

Back at the X-Mansion, Cerebro alerted the team to the presence of two new, powerful mutants, one in Chicago, the other New York City. Wyngarde and the Hellfire Club saw all of this because they'd hired a man named Warhawk to break into the mansion and bug the whole place. They then set in motion a plan to intercept the mutants before Charles' people could.

Wyngarde was seen to be working with Sebastian Shaw and Emma Frost, the White Queen! She managed to get to Kitty Pryde's parents in Chicago before thee X-Men, but the other group made a much better impression on the teen, so Frost sent armored attackers after them, eventually using her own mental powers to know Storm, Wolverine, and Colossus unconscious.

Around that same time, Hellfire minions tried doing the same thing to Cyclops, Phoenix, and Nightcrawler when they went to NYC to meet Dazzler. Thanks to Alison Blaire's help and a warning from Ms. Pryde—who had escaped the Frost-lead attack—this squad fared much better. After securing the new mutant, the group also captured a Hellfire Club minion, who inadvertently spilled the beans on the group when Jean Grey read his mind. With that information, they infiltrated the facility where their teammates were being held and freed them, thanks in great part to Phoenix's ability to take on Emma Frost head-on. 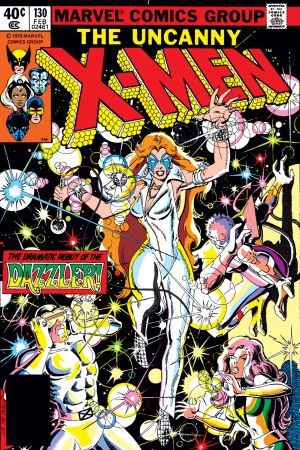 That might have been the end of the first run-in with the Hellfire Club, but it was far from the last. Scott talked to Angel and told him he was worried about the Hellfire Club coming after them and Warren revealed that he was actually a member, having inherited his spot from his dad. He helped Scott, Jean, Ororo, and Piotr secure invites to the Club's next party while Logan and Kurt infiltrated the building from the sewers.

Though initially surprised by the X-Men's appearance, Wyngarde took the opportunity to play with Jean's mind even more, turning her briefly into the Black Queen. During the ensuing battle, the X-Men met more members of the Hellfire Club's inner circle: Shaw, Donald Pierce, and Harry Leland who all sported surprising abilities! Shaw could absorb any energy used against him to increase his own strength, Pierce was a human cyborg and Leland could increase the gravity of anyone around him—an ability he used to send Wolverine crashing through several floors back into the sewer from whence he came.

Even with their victory over the X-Men, the Hellfire Club simmered with backstabbing intrigue as Wyngarde's power over the Phoenix made him a major threat to Shaw's leadership. While Wolverine sliced and diced his way back up to his friends, Shaw revealed that the Inner Circle sought to isolate the mutant gene in an effort to sell the more valuable or productive ones to the highest bidders. 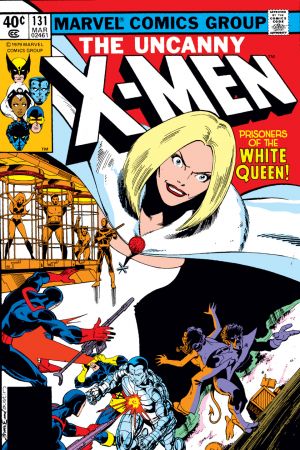 That day would have to wait, though, as Wolverine burst in and the real Jean Grey began to re-establish control over her own body. In a few short moves, the X-Men were free to pay the Inner Circle back for their shabby treatment of guests! While Pierce and Shaw escaped through secret passage ways, Wyngarde found himself face-to-face with a very angry Phoenix who used her immense powers to scramble his brain.

The Hellfire Club never could have imagined what would happen next as Jean Grey turned into the Dark Phoenix and obliterated entire planets... But they continue to treat the world like their own private, poisonous playground to this day.

In this article: X-Men, Hellfire Club