Who Is Danielle Moonstar?

Get to know more about Dani Moonstar and her multiple aliases!

Danielle Moonstar is known by many names in the Marvel Universe.

Starting from her beginnings as a member of the Cheyenne Nation to becoming a Valkyrie in Asgard, she has led an action-packed lifestyle. She was one of the first members in Professor X’s New Mutants, and has continued to take on roles in other teams like the Fearless Defenders and Valkyrior. Let's get to know Danielle "Dani" Moonstar and her multiple aliases!

She takes on the codename Psyche and becomes a member of the New Mutants. Even when she’s wearing the X-Men uniform, she remains true to her Cheyenne identity and does not forget where she comes from.

Moonstar’s initial powers included the ability to create realistic illusions based on people’s emotions. She could manifest those visions into reality, and even tap into someone’s worst fear!

Moonstar could also talk with animals, which was helpful especially when one of your teammates is Wolfsbane. As her powers developed, she gained the ability to make energy arrows that could really cause a shock to someone’s central nervous system.

a change of name

Moonstar has gone through multiple phases and name changes. She stopped using the codename 'Psyche' in NEW MUTANTS #7 and resumes going by 'Dani.' 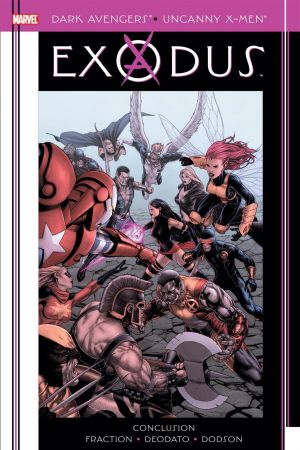 This, however, does not last too long. By NEW MUTANTS #19, Moonstar takes up the name 'Mirage.' During her time as Mirage, Loki captures her along with the rest of the New Mutants and Storm. They are brought to Asgard where Moonstar became a Valkyrie. Even though she is no longer actively in her Valkyrie form, she has the ability to borrow power from Mistress Hela to return to her Valkyrie form (such as during this EPIC crossover between the X-Men and Dark Avengers)!

During the HOUSE OF M storyline, Moonstar lost her mutant powers. Moonstar used her skills and knowledge to mentor other mutants. When working as a part of the Initative, she trained Trauma.

She has proved that even without her powers, she was still a force to be reckoned with! She even took the helm as the leader of the New Mutants for a period of time. She is fearless and expertly skilled at all types of weaponry. After all, she trained with Professor X, and was a Valkyrie!

Read all about the rise of the new Phoenix!

How Red Wolf Became a Legend Throughout History

The five Red Wolves belonged to the Cheyenne Nation and have a shared family heritage, but each one became a hero in their own right. Read on to see how each generation takes up the mantle of Red Wolf!