Prepare for 'X of Swords' with a look back on the long life of En Sabah Nur.

As the sun crested over Krakoa and the Dawn of X began, several of the X-Men’s deadliest villains were invited to the island so that Marvel’s mutants could chart a new future together.

Despite his history of antagonism with the Children of the Atom, Apocalypse was given a seat on the Quiet Council alongside Professor Charles Xavier and Magneto. But as X OF SWORDS approaches this week, it’s become increasingly clear that we don’t really know Apocalypse at all.

Recent events in HOUSE OF X and EXCALIBUR have shed new light on the first mutant, En Sabah Nur. For centuries, Apocalypse has preached a creed of survival of the fittest. He may have sided with the X-Men for now, but Apocalypse is still operating on a level that few can understand. And it’s entirely possible that these new revelations could be the key to understanding his current motivations.

In an attempt to read the Tarot cards of the X-Men's future, we're looking back at some major moments in Apocalypse’s past.

Father of the Apocalypse

RISE OF APOCALYPSE (1996) revealed that En Sabah Nur was raised by Baal of the Sandstormers in ancient Egypt. Baal was one of the few to show real kindness towards Apocalypse, who was born with disfigured features. Unfortunately, Baal’s kindness also extended to Rama-Tut, an early incarnation of Kang the Conqueror who had arrived in the past years before. Baal saved Rama-Tut’s life when he was in need, but he repaid Baal by nearly wiping out his tribe. 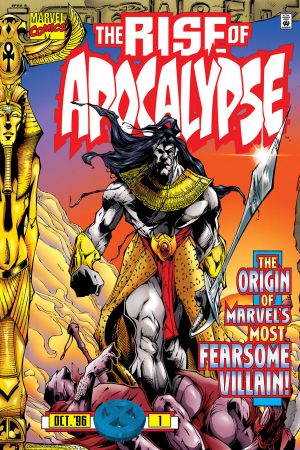 Rama-Tut was also indirectly responsible for Baal’s demise, and he had misguided plans to make En Sabah Nur his heir. Rama-Tut had full knowledge that En Sabah Nur was destined to become Apocalypse, and his actions ultimately led to his emergence as a global threat.

POWERS OF X #4 revealed that Apocalypse and his First Horsemen confronted a horde of demons thousands of years ago on Okkara, the living island. To hold off the invasion and save the world, Apocalypse forcibly separated Okkara into two halves: Krakoa and Arakko. The First Horsemen were trapped on the other side of the dimensional breach, never to be seen again.

Or so we thought. Summoner arrived in X-MEN #2, and Apocalypse recognized him as a grandson. X-MEN #12 also revealed that Apocalypse’s wife, Genesis, was also the mother of his First Horsemen. For untold ages, Genesis led a society of mutants who successfully made lives for themselves in Arakko. However, the demonic invaders are now poised for another invasion, and Genesis has already fallen in battle. 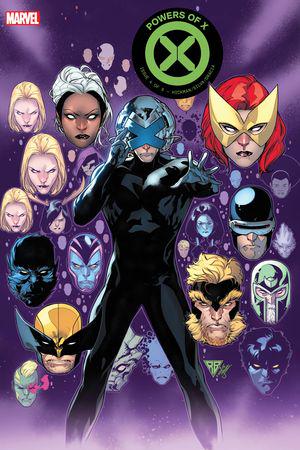 A Coven of Immortals

Apocalypse’s ties to magic have been explored in EXCALIBUR (2019). It was already known that Apocalypse and his fellow mutant immortals were known as Externals. The new revelation is that they were also a coven capable of calling upon great magical power. In EXCALIBUR #12, Apocalypse betrayed the majority of his old coven and sacrificed them to create a gateway that can reach Arakko. He may also be grooming the members of Excalibur to become his new coven, but only Rictor has seemed to embrace this.

Blessed by the Celestials

Although Apocalypse’s mutant powers are already immense, he was also enhanced by Celestial technology centuries ago. When Apocalypse emerged in the present in X-FACTOR (1986), he also had a sentient Celestial vessel called Ship, which eventually gave its loyalty to the original X-Men.

Apocalypse’s longevity also requires host bodies for him to survive. THE TWELVE storyline established that Apocalypse’s body was old and decrepit underneath his armor. When he tried to transfer his mind into X-Man’s body, he wound up merged with Cyclops instead. Sometime later, Apocalypse and Cyclops were separated again. But it’s unclear who became Apocalypse’s current host body. 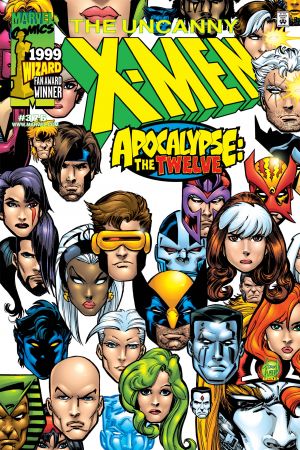 CLASSIC X-MEN (1986) #25 revealed that Apocalypse’s machinations in the present began long before the events of X-FACTOR (1986). He was even personally responsible for giving Moses Magnum his seismic powers in exchange for his servitude. This is significant because Apocalypse isn’t in the habit of empowering ordinary humans. Apocalypse has also shown little interest in forcing Magnum back under his control. Regardless, Magnum has previously been shown to still fear Apocalypse’s legendary reach.

The Alliance of Evil

In Apocalypse’s first appearances in X-FACTOR (1986) #5-6, he was the power behind the Alliance of Evil. That group was made up of Tower, Frenzy, Stinger, Timeshadow, and Michael Nowlan, a reluctant member whose powers could enhance the abilities of other mutants. 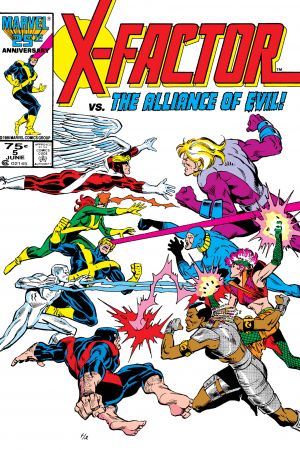 Apocalypse abandoned the Alliance after X-Factor defeated them, and Tower was subsequently killed. Frenzy eventually joined both the Acolytes and the X-Men, while Stinger was recently spotted on Krakoa in MARAUDERS #8; she also happens to be the first woman to be pregnant on the island. As for Timeshadow, it’s been years since anyone has seen him.

There may be some wild cards when it comes to the legacy of Apocalypse. In UNCANNY AVENGERS (2012), readers learned that Archangel and his fellow Horseman, Ichisumi, had children named Uriel and Eimin. Kang took the twins to the future and attempted to raise them under his control. However, the siblings fought back and rebelled against Kang, then returned to the present as the Apocalypse Twins. They also successfully engineered the destruction of the Earth and founded a new mutant homeworld.

Kang and the Avengers Unity Squad managed to go back in time and prevent those events from happening again. In the aftermath, Uriel and Elmin appeared to be dead. But on Krakoa, mutant deaths are no longer absolute.

En Sabah Nur has over three decades of comics history to his name—and thousands of years of life within. These seven stories may or may not be relevant to the tale to come, but as the Tarot cards turn, this is clear: the future—and maybe even the past—is there for the taking in X OF SWORDS.