Prepare for 'The Union' with a look at the British hero!

The word on the street is that to defeat the King in Black we must have unity! And to that end the latest and greatest super team is coming together—THE UNION!

Who are they? What do they do?

You’ll learn all the answers in THE UNION #1, True Believers, but while you wait for that mighty mag to fall into your hankerin' hands, we’re gonna fill you in on the fascinating facts about one of the Union’s most marvelous members: Union Jack!

As introduced in INVADERS (1975) #7, Lord James Falsworth of Merry Olde England fought for king and country in the not-so-merry days of the First World War, both as a solo act and as a feature of a little combo called Freedom’s Five—kinda Britain’s answer to the Avengers, except, of course, there wasn’t any Avengers back then, but maybe you see our point, huh? Anyway, as Union Jack, Jimmy jazzed everybody with his awesome antics and kicked off a whole line of jumpin’ Jacks…see what we did there? 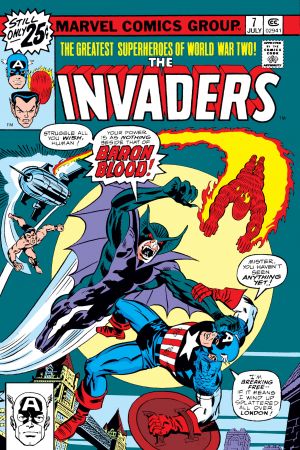 Alas, there’s also a dark side to the Falsworth fable, namely a brother who happened to be a bloodsucker… James’ brother John winged his way to ol’ Transylvania in search of vampires and dug up the big daddy of ‘em all—Dracula! The Lord of the Vampires sent John back to England as one of the undead to get his revenge on the country for past grievances, and the newly minted Baron Blood through his lot in with the Germans during World War I…including bumping heads with his own brother, Union Jack.

The two sibling eventually figured out their common blood—har, har—and the Baron soon became responsible for another Super Hero to win her spurs, Spitfire, as seen in INVADERS (1975) #12. The Falsworth family can also claim a dude designated the Destroyer as one of their own, due to the fact that Brian Falsworth, the Destroyer, was Jim’s own son!

So, we’ve mentioned Brian, the son of James, the first Union Jack, but only as the Destroyer…and there’s a lot more about him that’s pertinent to the particulars of this little piece. Brian, you see, was another recipient of the ol’ Super-Soldier serum, but not the one that a certain star-spangled captain received. Nossir, this one came from…a German scientist! 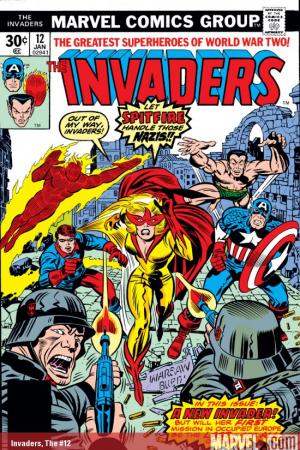 Yes, with that serum in his bloodstream Brian became the Destroyer and fought for freedom behind the lines in Germany during World War II as we saw in INVADERS (1975) #18, but his story didn’t begin and end there! Y’see, the younger Falsworth found out his father was Union Jack, and in INVADERS (1975) #21 he himself took up the togs and became the new Jack. Talk about your lucky legacies! And to make the situation even sweeter, Brian’s buddy Dyna-Mite became the new Destroyer!

Later, Brian was granted lightning powers by a jaunty jolt from none other than the Mighty Thor and continued his dad’s good deeds as Union Jack, but alas, he met his untimely end after the final finish of the war in a car crash, as revealed in CAPTAIN AMERICA (1968) #253.

The third Union Jack...isn’t related to the first two!

Sometimes stories veer off course and take to all-new paths. Such is the case with the Falsworth line and the saga of Union Jack, because, Bunky, the third and current Jack isn’t a family member at all…he’s a—gasp—outsider! 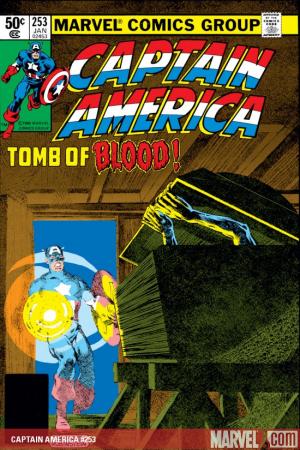 In CAPTAIN AMERICA #253 we met young Joey Chapman, a friend of Kenneth Crichton, the son of Spitfire and the grandson of James Falsworth. Got it? Good, ‘cause we’re movin on’…to explain why Ken didn’t become Union Jack. It all has to do with that thorn—or maybe we should say stake—in the family’s side by the name of Baron Blood. When the vampire struck in modern times, Joey proved himself so worthy of raising a ruckus to battle the bloodsucker that Ken admitted his pal was the one who should become Union Jack, not he. And so it was.

The third Jack worked alone and with the Knights of Pendragon, another British super team, and even was on the receiving end of some mystical armor. He also battled Baroness Blood, teamed up with a new Invaders and MI:13, and eventually ended up with, yes, the Union! Blimey, see how we always bring it right back to the beginning!?

The Brits Are Coming: Meet the Union, the New Super Team Coming in 'Empyre'

The latest Marvel Comic event will introduce a new team of heroes in 'The Union' by Paul Grist and Andrea Di Vito with a cover by R.B. Silva!