Get Started with MARVEL Battle Lines With These Tips

In "MARVEL Battle Lines," the Cosmic Cube has been shattered, plunging the Marvel Universe into chaos. Now, you must join forces with Super Heroes and Villains, including the Avengers, the Guardians of the Galaxy, Spider-Man, and more, to collect the shards and restore the universe. The card battle game gives players more control of the game board itself. Marvel writer Alex Irvine has written an all-new original storyline for the game.

"As a True Believer who still has plastic binders filled with Marvel trading cards, it’s an honor to team with our friends at Nexon to continue that long legacy and bring it forward into a new medium as an action packed, strategy filled mobile game,” said Bill Rosemann, Executive Creative Director at Marvel Games. “From global favorites like Black Panther and Iron Man to rising stars like Ms. Marvel, the power of Marvel’s mighty cast of characters is in your hands thanks to Nexon’s amazing artists. From the innovative gameplay to the original story to the huge roster and astonishing art, MARVEL Battle Lines is truly a stacked deck!”

"MARVEL Battle Lines adds a new layer of strategic gameplay to the collectable card battle genre by giving players the ability to maneuver their custom deck of iconic Marvel Super Heroes, Super Villains and abilities across the entire 4x3 game board to earn a leg up over their opponent,” said Heeyoung Lee, Game Director at devCAT Studios.

"The original story of MARVEL Battle Lines brings the incredible characters from across the Marvel Universe together in a new and exciting way that fans worldwide can enjoy," shared Alex Irvine, author/writer of "MARVEL Battle Lines" campaign. 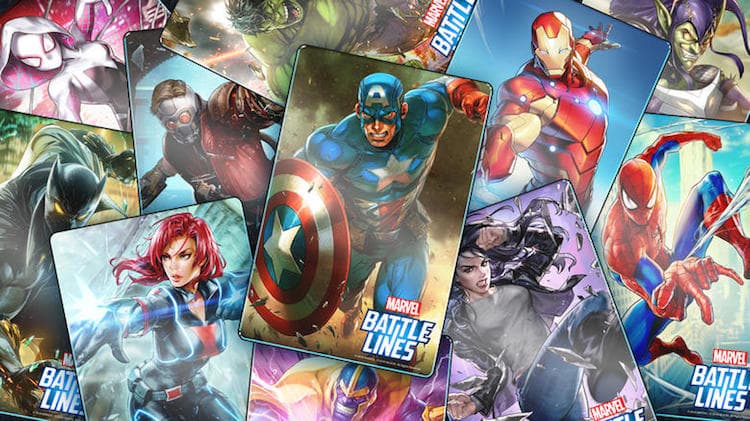 The gameplay experience of "MARVEL Battle Lines" is set on a unique 3x4 grid, where players will compete with a custom deck of 12 character and ability cards and deploy them to the battlefield in order to defeat their opponent. "MARVEL Battle Lines" features an extensive single-player campaign; real-time, turn-based player vs. player (PvP) mode; limited time story events; and much more.

To get you started with "MARVEL Battle Lines," we consulted savvy players on their favorite cards and some tips!

Check and complete all the daily missions. There's plenty of rewards and they'll all be helpful for building your collection.

As for his favorite card, Penagos recommends Doctor Strange, "high attack, HP and the shield are very clutch." 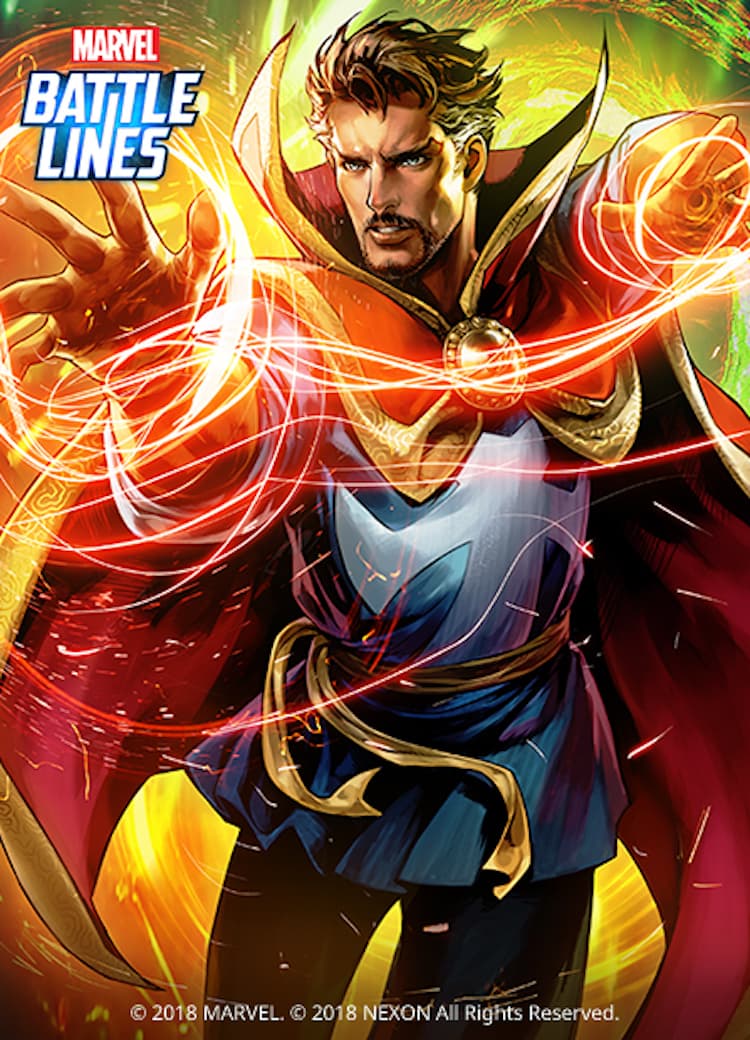 Make sure to have cards that have zero cost to quickly make lines. Keeping your opponent busy to disrupt your lines buy you time to play high cost cards.

As for his favorite card, that would be Ultron. According to Koo, "Ultron keeps generating Ultron Bots every time he is attacked to keep the boards busy with Battle Lines potential!" 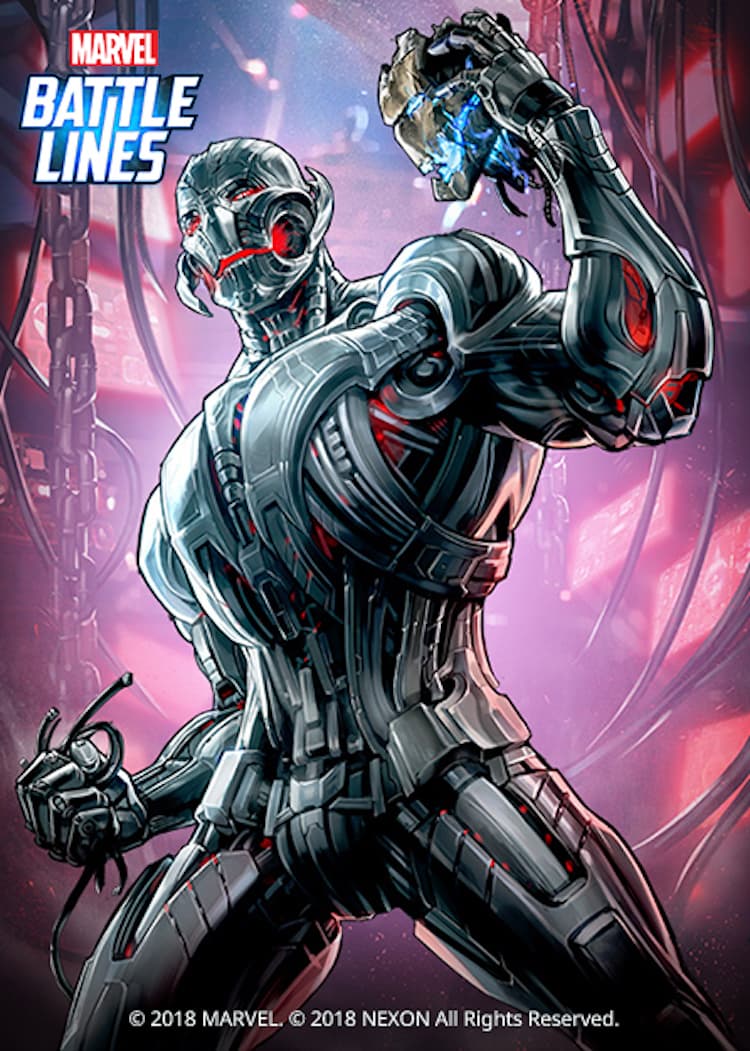 Try to make the best of the cards in hand. Although you can swap cards, doing so will allow your opponent to see what cards you received and in turn lower your hand's effectiveness.

Rosas' favorite card is Squirrel Girl because "when she hits the field, the opponent needs to deal with her as she can win the game in an instant, freeing up other potential Battle Lines." 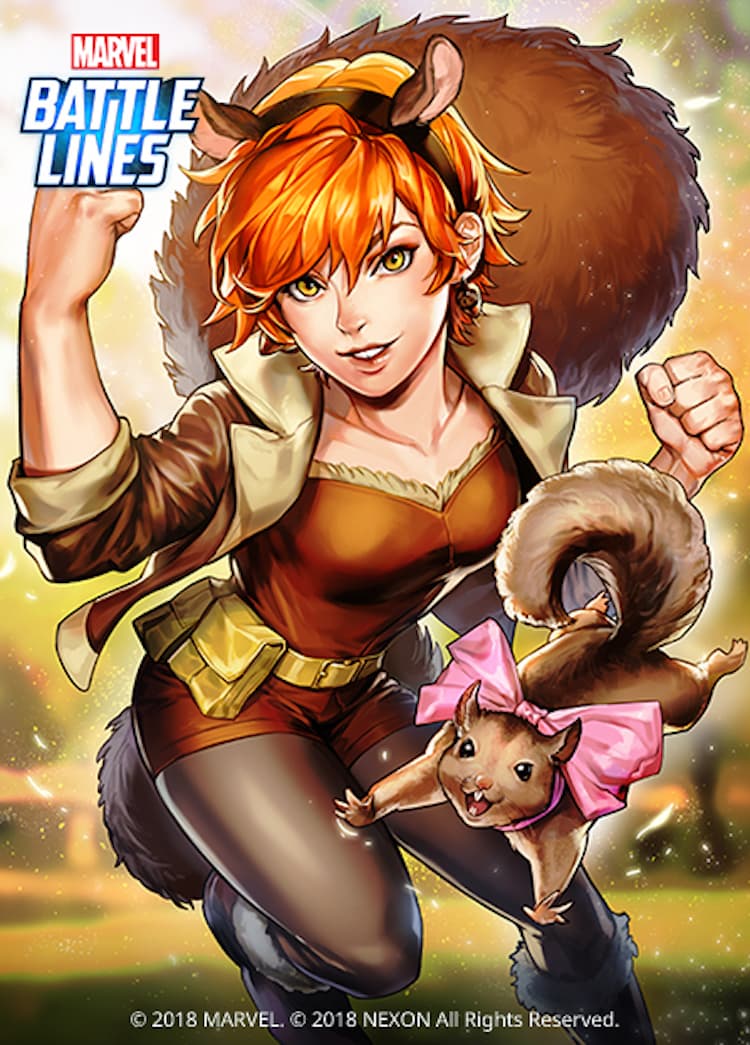 MARVEL Battle Lines can be downloaded on the App Store for iPhone and iPad and on Google Play for Android devices. For more information on MARVEL Battle Lines players can visit www.marvelbattlelines.com and visit the official Twitter and Facebook pages.

In this article: Marvel Battle Lines

Spider-Man Swings Into Marvel Games with a 'Spider-Man: Far From Home'-Inspired Event

Web up as the wondrous wall-crawler across Marvel mobile gaming!

Prepare For the Fight Of Your Lives As 'Avengers: Endgame' Sweeps Across Marvel Games

Rush to the S.H.I.E.L.D. Triskelion and stop Ultron!