Get Your Marvel Games Fix at New York Comic Con 2018

Marvel Games, along with D3 Go!, Nexon, and Kabam, will be making their way to New York Comic Con 2018. From "Marvel Contest of Champions" to "Marvel Puzzle Quest" to "MARVEL Battle Lines," find out where you can find Marvel Games at NYCC 2018 below!

Ready to witness all the epic action first-hand all weekend long? We know you are! Be one of the first to experience our new strategic card battle game "MARVEL Battle Lines," launching on October 24, this weekend at the Nexon's "MARVEL Battle Lines" booth (#1736). Collectible MARVEL Battle Lines New York Comic Con pins will be available (while supplies last) exclusively for fans who complete the demo of the game at the event. Players can come back each day during the convention to hone their skills and to collect a new exclusive pin. 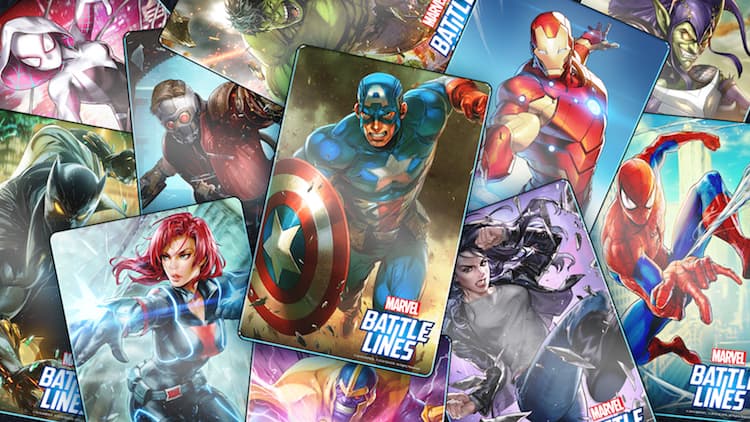 Then head over to the D3 Go! booth (#445) to celebrate 5 years of "Marvel Puzzle Quest" with the MPQ team! Don't miss out on their free raffle, and capture a snapshot of the visit via the MPQ themed photo booth. 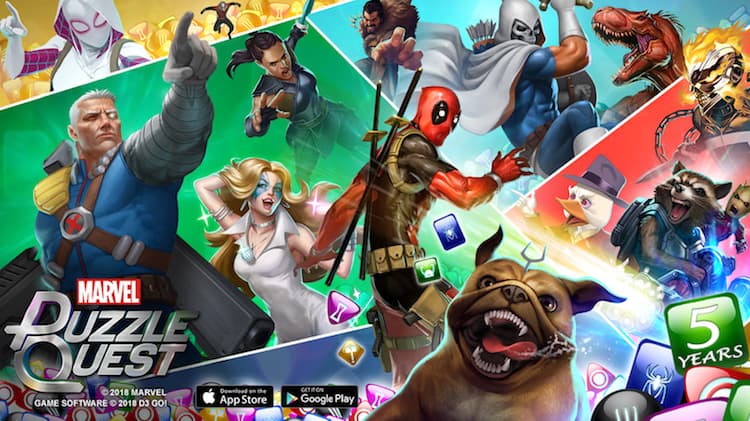 Visit the following booths, learn more about Marvel Games and get a piece of the code. String the code together and enter it correctly into the "2018 Booth Scavenger Hunt" activity on marvel.com/insider.*

To get you started, we've included the first part of the code:

*Code valid through 10/7/18 11:59 PM EST. Limited to one redemption per code per Marvel Insider account. Marvel Insider Loyalty Rewards Program open to U.S. residents ages 18+ only. See marvel.com/insider for program details, terms and information about specific activities and rewards. Marvel reserves the right to cancel or modify the 2018 Booth Scavenger Hunt at any time. 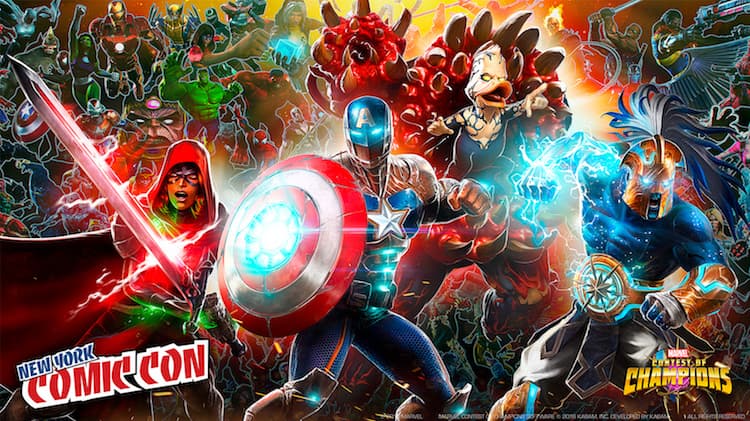 Think what you have what it takes? Test your skills with our MCoC Ultimate NYCC Champion Tournament! Here's how it'll work:

Pro tip: Head over to the Marvel stage on Thursday at 2pm for a super exclusive look at a brand new Original Champion heading to the Battlerealm!

Can’t make it to New York Comic Con? Don’t worry, we won’t leave you in the dust. Follow along on the @MarvelGames Twitter channel for live coverage!