The Fantastic Four take over your favorite Marvel games!

Marvel Games will be celebrating the legacy and history of Marvel’s First Family of Super Heroes across its slate—Marvel Contest of Champions, Marvel Future Fight, Marvel Strike Force, and Marvel Puzzle Quest!

Kicking off the FANTASTIC FOUR: WORLD’S GREATEST WEEK festivities, Marvel’s Ryan “Agent M” Penagos and Lorraine Cink hosted a two-hour livestream, above, showing off some reveals and surprises about our very own First Family with some special guests.

First up, Ben “The Thing” Grimm is joining the roster and you can play him in the Battlerealm!

The unbreakable hero has three special attack moves—Fists of Stones, Rush Down, and the classic It’s Clobberin’ Time! Watch The Thing in action in the livestream above, and keep it on Marvel.com as we dive more into each of the mobile games this week.

Fret not, several other Fantastic Four characters will be added into the game over the year.

Dive into Marvel Contest of Champions now, available in the App Store and Google Play Store, and get ready for the “This Man…This Monster” event quest, kicking off tomorrow, January 9.

Check out the FANTASTIC FOUR #6 variant cover featuring MCoC’s The Thing below:

This Fantastic Four update brings Mister Fantastic, Invisible Woman, Human Torch, and The Thing into the fray. Not only that, we get the infamous Doctor Doom and his champion of Latveria, Victorious! 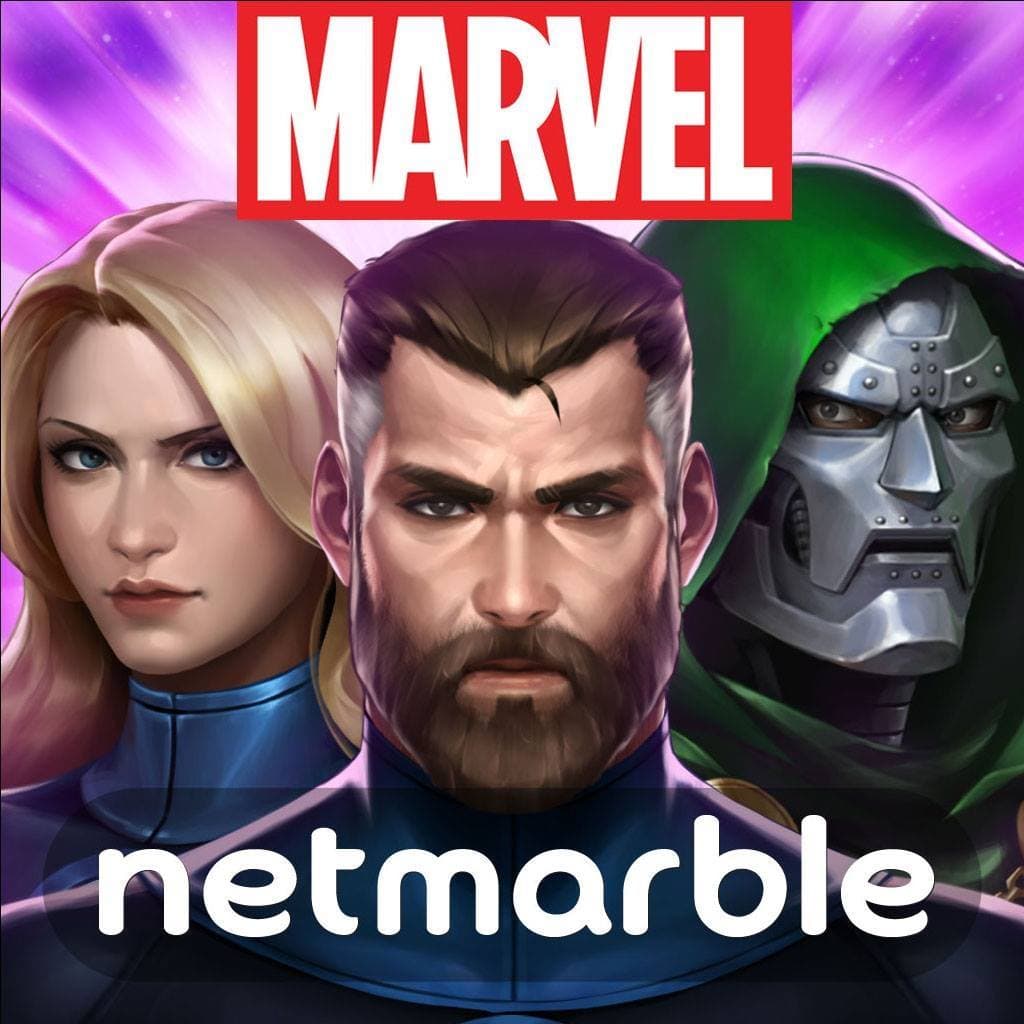 In addition to the new characters, Crystal and She-Hulk will sport new Fantastic Four uniforms. Mister Fantastic can be leveled up to Tier 3 as part of this update.

Kick off the new year with an epic quest following an exclusive Fantastic Four story featuring our four heroes and unlock some pretty darn fantastic rewards. When you play Epic Quest: First Family, you automatically unlock Mister Fantastic right away.

Watch Mister Fantastic’s Tier 3 upgrades in action above and get a glimpse of the Future Fight team and. Doctor Doom in the special FANTASTIC FOUR #7 comic variant below:

Over in the Marvel strategy RPG, Marvel Strike Force, Doctor Doom has seen enough destruction in his homeland of Latveria. With that, he has decided to help S.T.R.I.K.E.. defeat Ultimus. 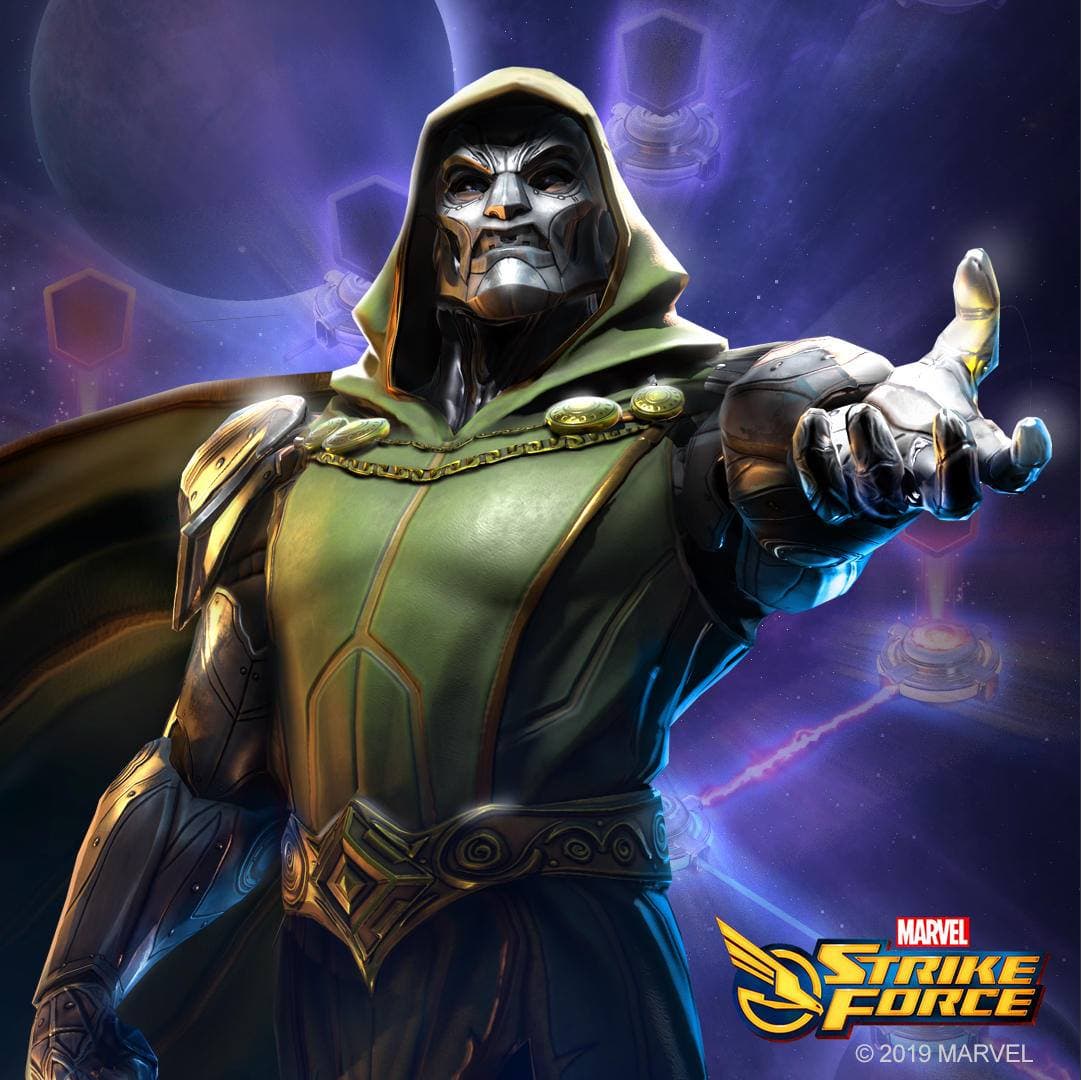 With Doom’s arrival, Marvel Strike Force introduces a new, higher difficulty of “raids.” Doctor Doom will guide your alliance on a raid deep into enemy territory, attacking the places Ultimus values most kicking things into high gear. Be on the lookout for the biggest feature ever, Alliance Wars, coming in the next few months.

Feast your eyes on Doom and Ultimus in the FANTASTIC FOUR #9 comic variant below:

Make sure you download Marvel Strike Force and this newest update for free in the App Store and Google Play Store so you can start battling Doctor Doom now!

Another great game with Fantastic Four in the mix—Marvel Puzzle Quest! 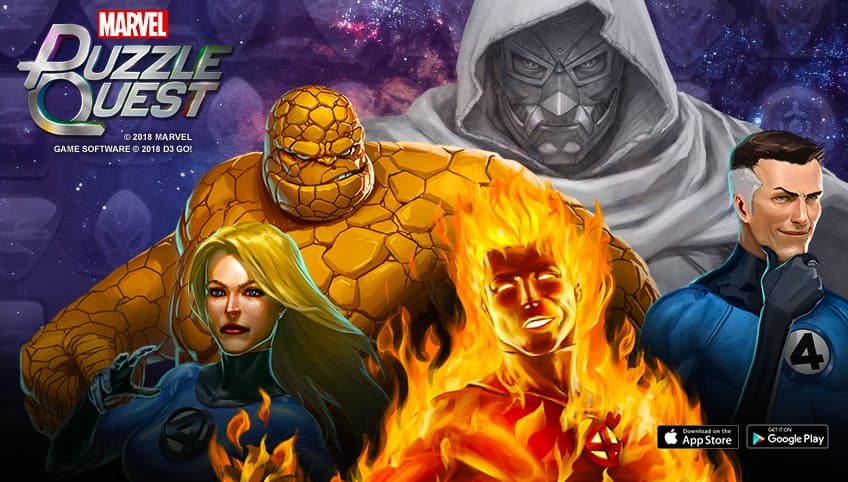 For the first time, all four Fantastic Four characters will be able to square off against God Emperor Doom and Victorious.

The four core FF members are all getting their own Versus Events starting today, and running through January 20.

Log in any time in the month of January, between now and January 31, and receive a 3-Star Human Torch (Classic)!

Snag the Johnny and the rest of the First Family in Marvel Puzzle Quest now in the App Store and Google Play Store!

You can follow Marvel.com for all the news and content related to FANTASTIC FOUR: WORLD'S GREATEST WEEK. Plus, all of your favorite digital series -- Earth's Mightiest Show, This Week in Marvel and more -- will have exclusive interviews with the FF creative team, trivia, and more! http://Marvel.com/fantasticfourweek

See a Gallery of Original Artwork Inspired by 'Marvel's 616'

The Most Meme-Worthy Moments from Spider-Man (1981)!

There’s heartbreak and heartwarming reunions ahead!

We chart Hulkling and Wiccan’s road to matrimony amidst the cosmic chaos of ‘Empyre’! Read their wedding on Marvel Unlimited today.

'Fantastic Four' #29 ties into the symbiote event -- but which of Marvel's First Family is in trouble?

As one of the Marvel Universe's most prominent genius-heroes, Mister Fantastic has a great number of skeletons in his closet.