Wolfsbane always looks out for her pack with our newest 4-Star character!

Wolfsbane always looks out for her pack.

Hailing from the Scottish highlands, Wolfsbane discovered her mutant ability to transform into a wolf at an early age. As a founding member of the New Mutants and a member of both X-Force and X-Factor, she’s also now the latest 4-Star Rarity (Legendary) character in Marvel’s Puzzle Quest! 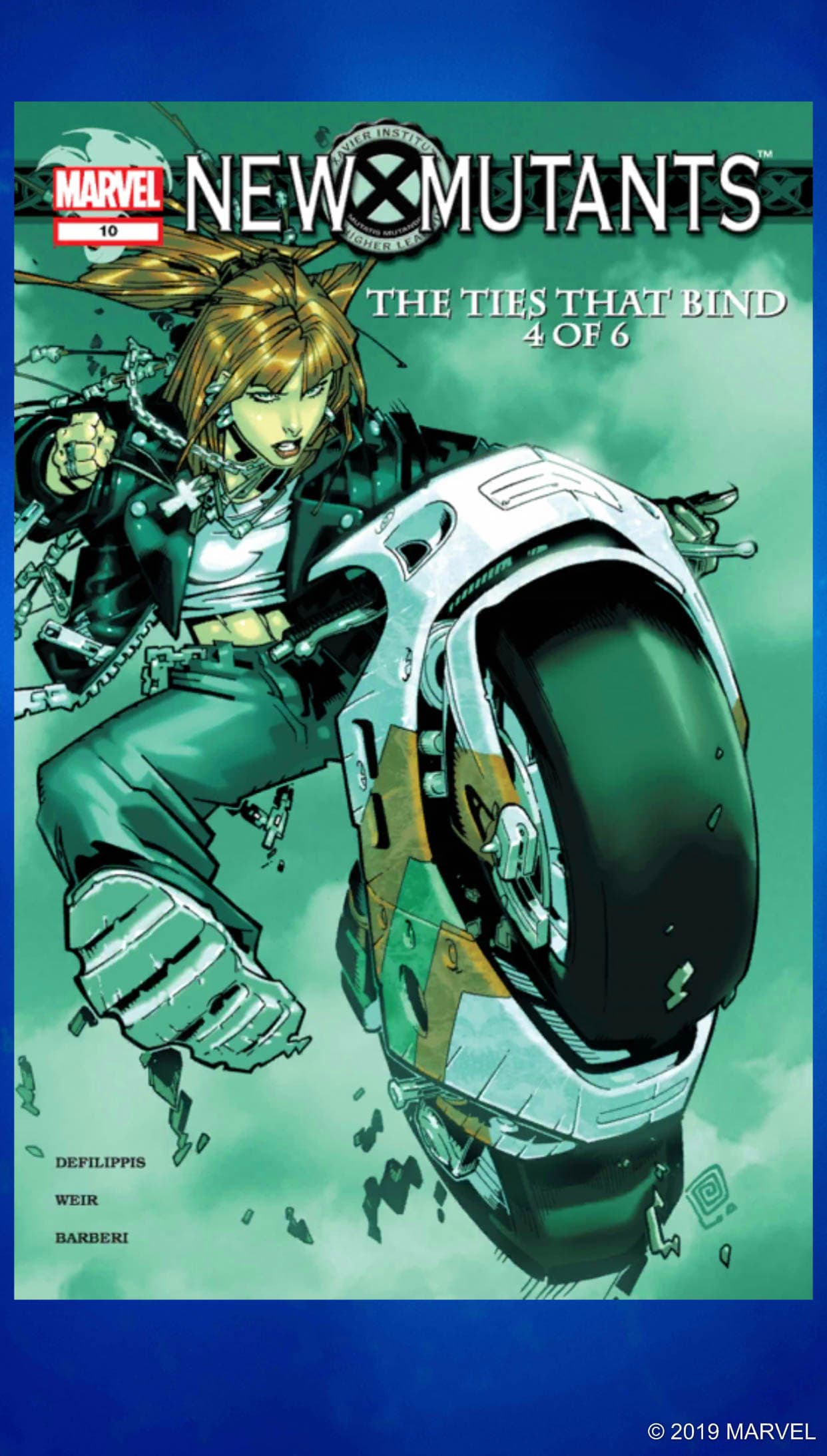 The 4-Star Rarity (Legendary), with the affiliation heroes, has a tool kit that includes Silent Retreat, Go for the Throat, and One Woman Wolf Pack.

Wolfsbane leaps at the enemy to deliver a flurry of blows with her monstrous claws with Rend, a black passive power. By slashing the target 3 times, each slash dealing 120 damage. Wolfsbane then takes to the shadows, creating 1 Black Invisibility tile. This power becomes Silent Retreat. When there are no friendly Silent Retreat Invisibility tiles on the board, this power becomes Rend. 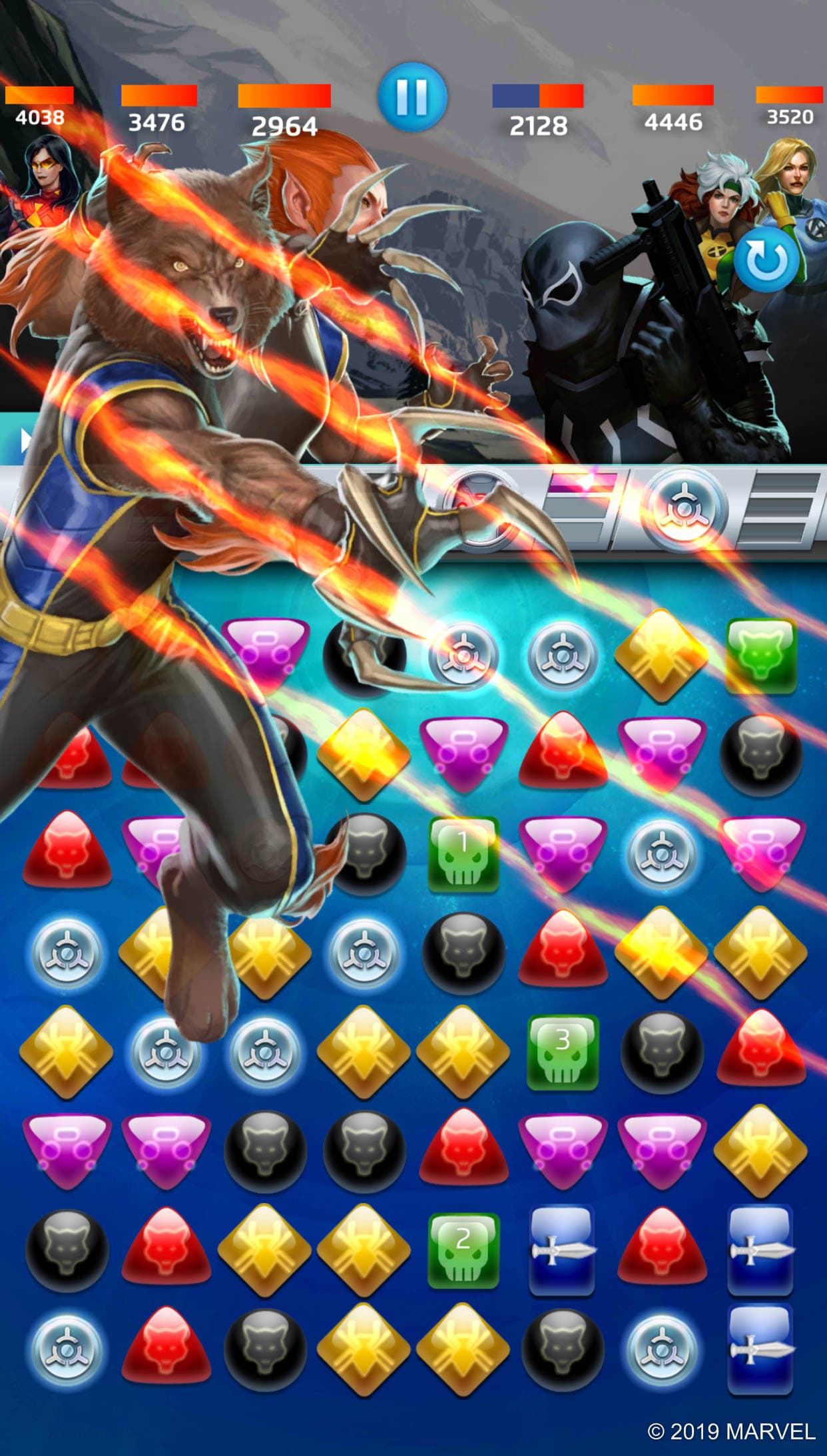 With Go for the Throat, a mid-cost red power, Wolfsbane crunches down on the enemy with her monstrous jaw. Doing this deals 454 damage to the target and creates 2 strength 19 Blue Strike tiles. 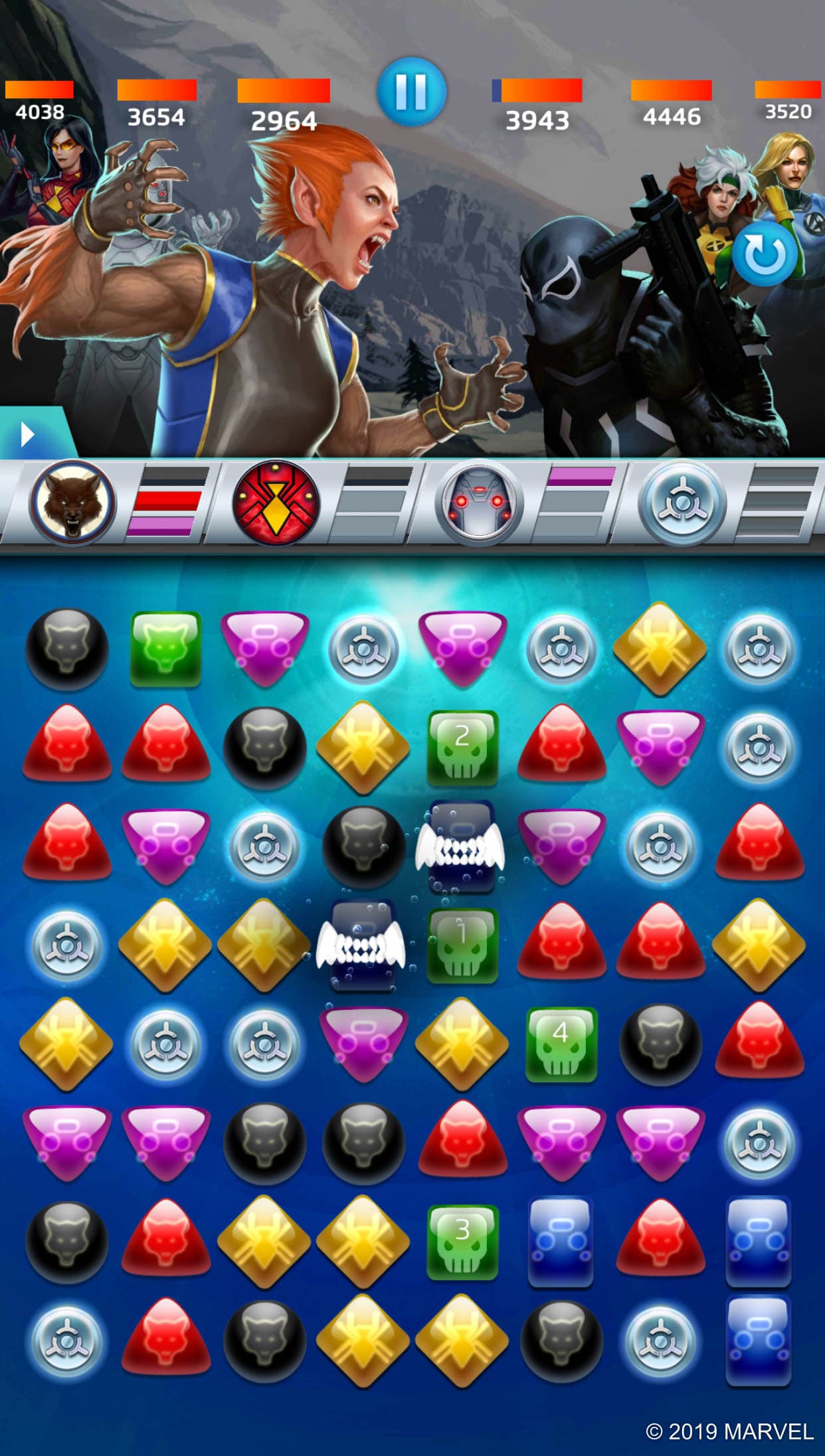 If you’re looking to go it alone, the One Woman Wolf Pack, a mid-cost purple power, sees Wolfsbane split into a pack of wolves to confuse and surround the enemy. It creates 5 Green Countdown tiles that range from 1 to 5 turns and deal 380 damage each. 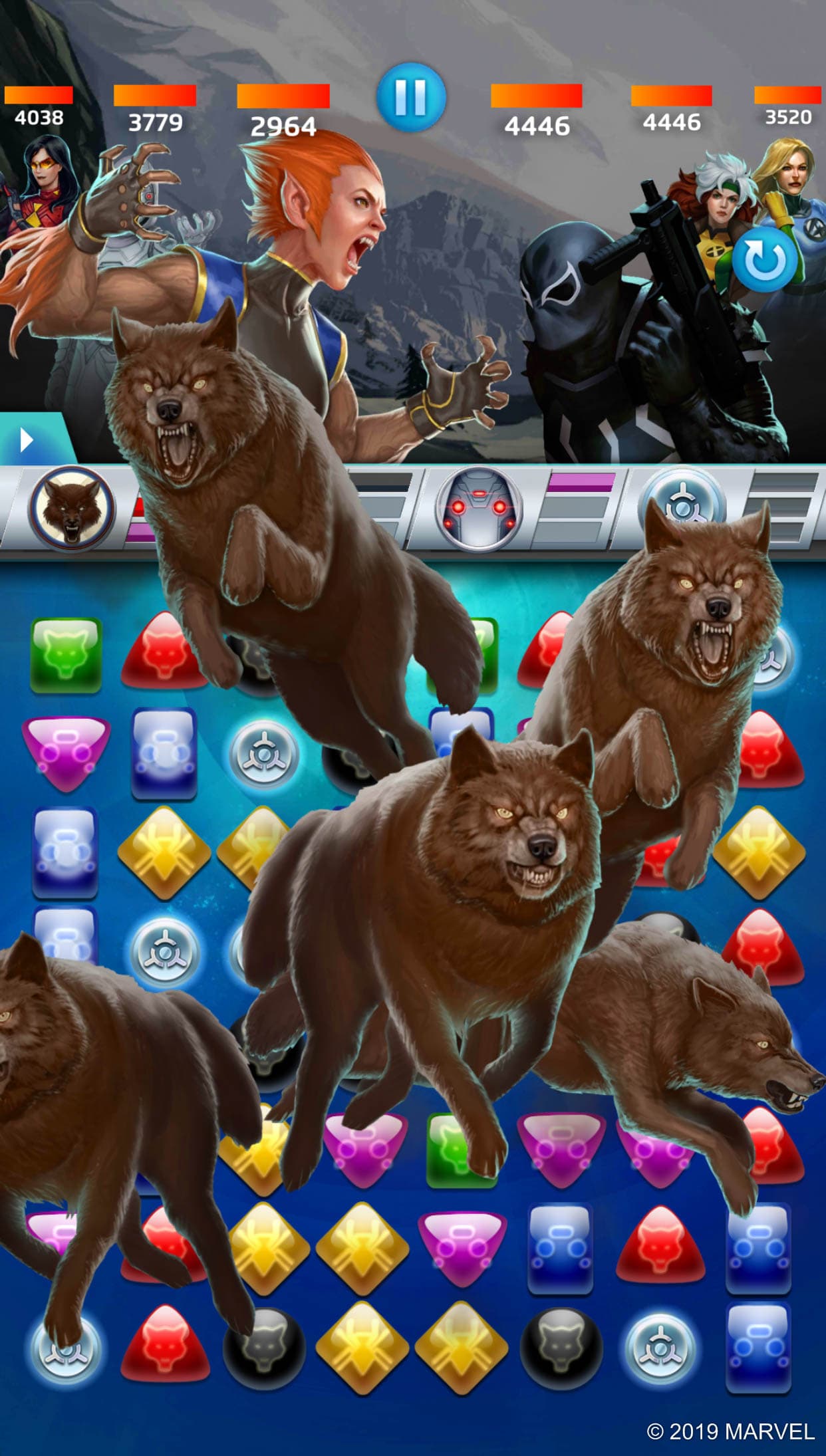