The 2019 Golden Globes nominations were announced this morning, and Marvel Studios' "Black Panther" has been nominated for 3 Golden Globe Awards, including a historic Best Picture! 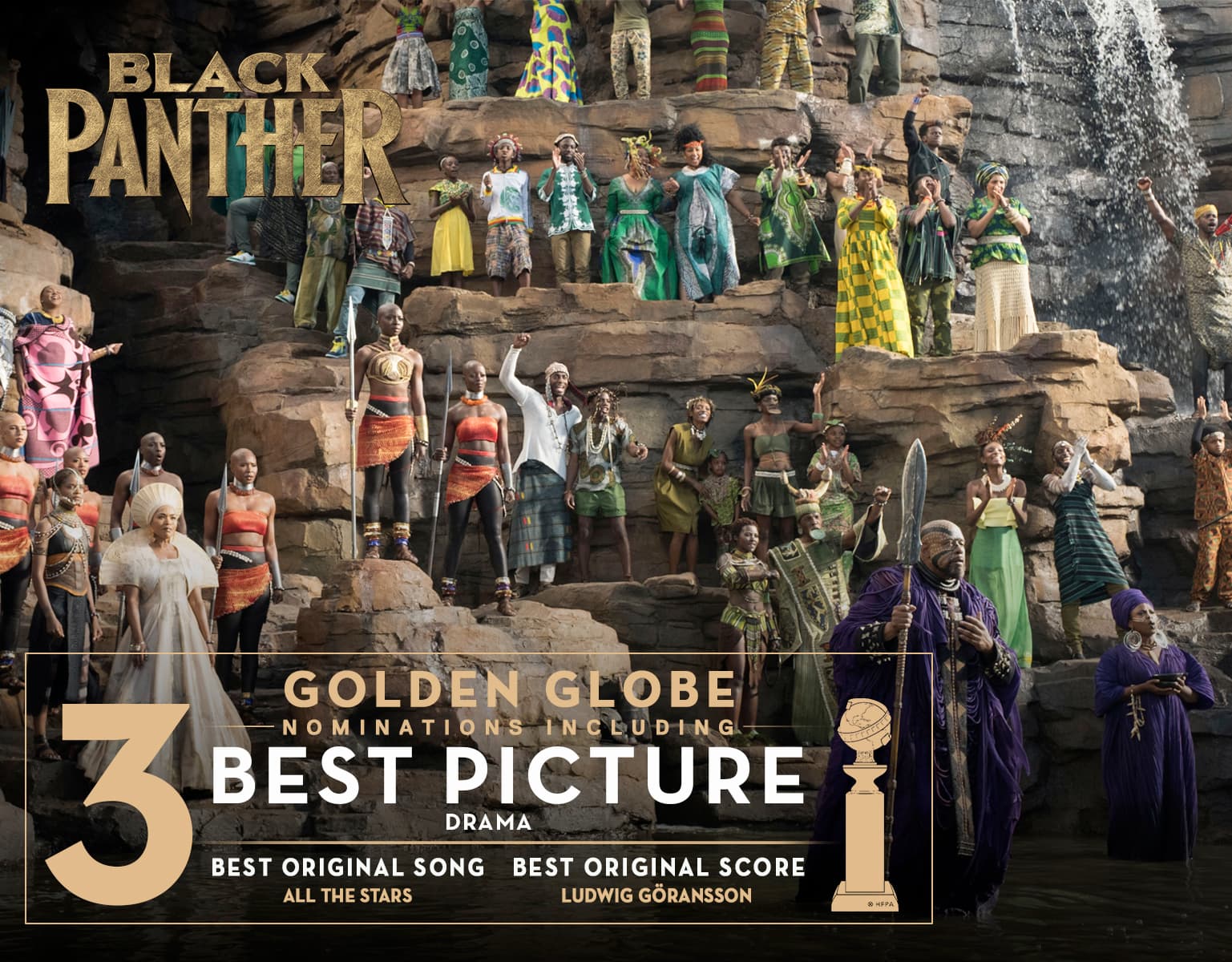 In addition to being Marvel Studios' first Best Picture nomination, the third-highest-grossing movie of all time in the US is the first super hero/genre film to be recognized in the Best Picture, Drama category. "Black Panther" also nabbed a Best Original Song nomination for Kendrick Lamar's "All The Stars" and Best Original Score by Ludwig Göransson.

Black Panther wasn't the only hero recognized this morning. "Spider-Man: Into the Spider-Verse" was nominated for Best Animated Film. Watch all our Spider-Heroes converge in theaters December 14.

Congrats to all the nominees!

The 2019 Golden Globes will air on January 6, with Sandra Oh and Andy Samberg hosting.

The “Black Panther” digital album is available HERE.  The soundtrack can be streamed HERE .

Shop Marvel Must Haves: ‘Agatha All Along’

Marvel Studios' 'Loki' to Premiere on Disney+ on June 11

Earn Points, Get RewardsJoin NOW!
In this article: Black Panther

Here's what happened this week at the House of Ideas!

A new series based in the Kingdom of Wakanda is in the works for Disney+.