10 Loudest Characters in the Marvel Universe

Pump up the volume.

We highlight the loudest of the Marvel Universe; the heroes and villains that utilize sound to make themselves super.

Given super powers in an experiment that aimed to create him as a soldier against Thanos, David Angar quickly decided making money as a hired assassin seemed a more attractive option. Despite his hippie leanings, he began to use his screaming abilities—which could cause hallucinations or just old fashioned pain—for crime.

Things have gone badly for Phil Urich lately, but back when he first started his costumed exploits, he did so on the side of the angels. In addition to the usual array of Goblin weaponry at his disposal, Urich found that this gear had one additional feature. A gadget in the mask made his laugh dangerous, capable of battering opponents and, seemingly, affecting their mental health.

While he may not use it often, Blackagar Boltagon—former King of the Inhumans—boasts a sonic power most deadly. With but a word, he can rain down biblical levels of destruction on anyone in his way. His forced silence keeps the humanistic ruler at a distance from even those he feels closest to and cares the most about. 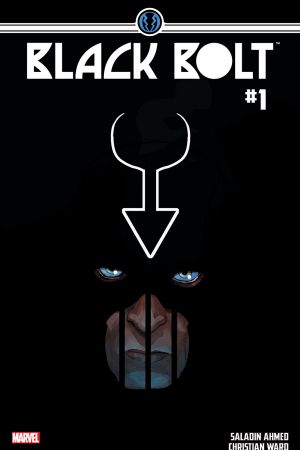 The only X-Man to ever top the pop, dance, and adult contemporary charts, Alison Blaire has the unique gift of being able to convert music to light, allowing her to do everything from creating blinding bursts to successfully lighting the way for Terrax to escape a black hole. And if the whole mutant hero thing does not pan out, she always has that tremendous set of pipes to fall back on.

Once a mere manipulator of sound via the substance vibranium, Ulysses Klaw has literally become sound. After a tangle with Dazzler, the physicist lost his physical form and became a being of pure sonic waves. Although unconfirmed, several events seem to indicate that this conversion has made him nearly impossible to kill.

Although capable of creating intense concussive force and helping him fly, Sean Cassidy’s choice to use this ability as a member of the X-Men has led to the death of loved ones, estrangement from his daughter, his own death, numerous resurrections in the name of evil forces, and, now, life in a forced coma until he can be “cured” of being Apocalypse’s Horseman of Death. 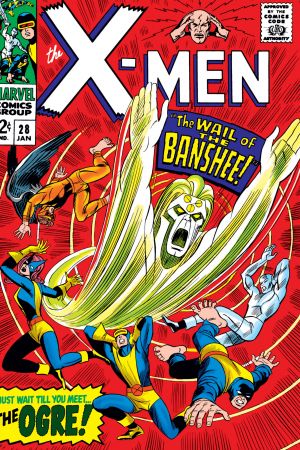 Frances Barrison came from an abusive home that forced her into a life of crime, dealing drugs and dreaming of having a “real family” someday. A gunshot to the head and trip to Cloak’s Darkforce Dimension later and she emerged with sonic abilities that provided her not only a range of powers—including the ability to manipulate others’ emotions— but a thoroughly unhealthy grasp of reality.

Banshee’s daughter Theresa inherited her father’s gift but, for years, never knew him. Raised instead by Sean’s brother Tom, in secret, Terry initially used her sonic powers in the pursuit of criminal endeavors. In time, however, Tom decided to distance himself from her so she could have a good life and revealed her existence to Sean, leading to Siryn becoming part of the X-family of teams.

Escaping a dysfunctional and dangerous home, Melissa Gold, in time, turned to Roxxon for a new life, which came from experiments that gave her sonic powers and the name Screaming Mimi. Since then, her adulthood has been marked by bad alliances and worse relationships, but somehow Gold continues on, improving herself and helping others.

This Venus turned out to be no goddess at all but rather a soulless Siren. She ended up undone by a mystic who gave her a soul and human form. Running away to a convent, she lived there in silence until she accidentally sung and revealed herself. Expelled, she mastered her gifts, turned to a life of good, and deluded herself for years into forgetting her time as a murderous creature of lore.

Enter the Grindhouse of X in X-Terminators