'Power Pack' #1 is on its way -- before it arrives, read some of their classic issues!

A day of reckoning is coming for the teenage Super Heroes in the Marvel Universe. Thanks to the events of OUTLAWED, the next generation of heroes has essentially been banned. But how will Marvel’s original team of young heroes handle the new status quo?

On Wednesday, April 8, writer Ryan North and artist Nico Leon are catching up with the Power family in POWER PACK #1. In this five-issue miniseries, Alex, Julie, Jack, and Katie Power will reunite to save their city and the world... if they can let go of their family quarrels and become a real team again.

Ahead of the Power Pack’s triumphant return, we’re revisiting some of their classic stories that you can read today on Marvel Unlimited. After all, the family that saves together, stays together!

This is the story that started it all. The Power siblings were normal children until their father, Dr. James Power, made a discovery that drew the attention of the Kymellians and the Snarks. To save their parents, the newly empowered kids teamed up with a living spaceship called Friday, and the legend of Power Pack was born. 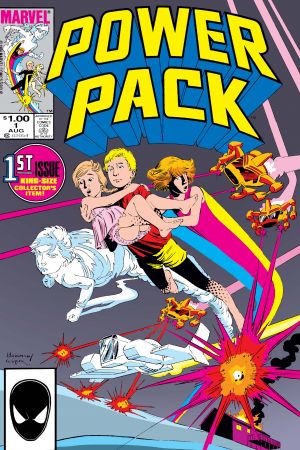 The Power family made a prominent guest appearance in the X-Men’s ongoing title, as all evidence that they existed was mysteriously wiped away. Only Katie Power managed to escape before drawing the attention of the X-Men. This led to a showdown in the Morlock tunnels for the fate of the children. But in the end, Katie showed compassion to AnnaLee of the Morlocks and it helped heal her emotional wounds. 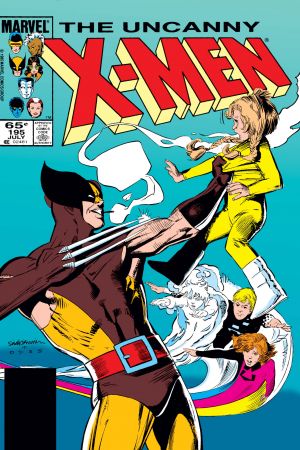 With the Power parents indisposed by a hospital stay, Katie Power resolved to ease her sorrow by inviting all of her Super Hero friends over for a Thanksgiving dinner. Spider-Man was a no-show, but Wolverine, Kitty Pryde, Cloak and Dagger, Franklin Richards, Beta Ray Bill, Leech, and AnnaLee all came by for an unlikely gathering. 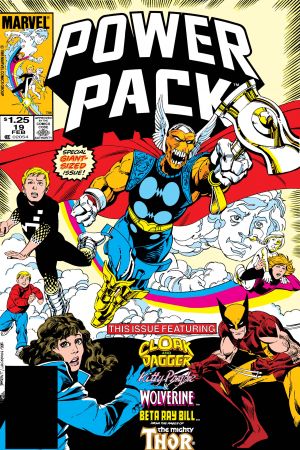 In this horrific one-off tale, Katie Power encountered a severely injured Wolverine in the middle of a winter storm. Logan’s humanity had been nearly ripped away by Lady Deathstrike and her cybernetic soldiers. But Katie’s faith in Wolverine, and a few of her well-timed assists, allowed Logan to reclaim himself as they cemented their bond. 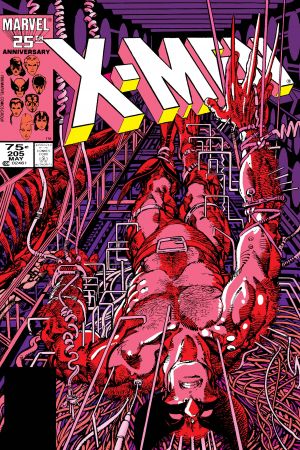 The Power family had to grow up fast during one of the most tragic events in X-Men history. Even Franklin Richards’ precognitive powers weren’t enough to prevent the Marauders from slaughtering some of Power Pack’s friends in the Morlock tunnels. But the kids did manage to save lives as their heroic evolution continued. 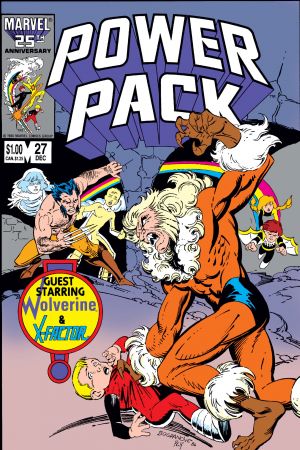 Alex already had problems with Johnny, a rival and bully at his school. But before Alex and Johnny’s fight could escalate, they found themselves trapped in a battle between Spider-Man and Hobgoblin. Alex even had a few inventive ways to help Spidey and maintain his secret identity, much to the shock of Hobgoblin himself. 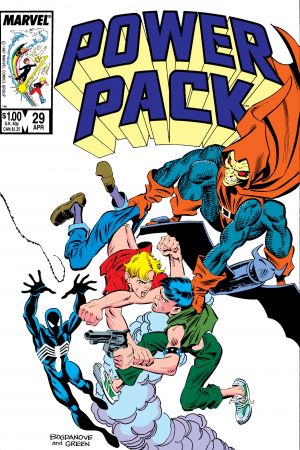 It says a lot that the Fantastic Four had such faith in the Power family that they trusted them to take care of Franklin while they away. Unfortunately, the Master Mold sentinel came looking for Franklin because he was one of the 12, a group destined to be the most powerful mutants in the world. How could the Power siblings take down an X-Men-level threat? Why, as a family, of course! 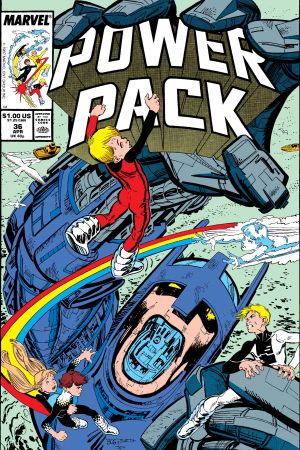 Power Pack & Cloak and Dagger: Shelter from the Storm

In this special graphic novel adventure, Cloak turned to the Power family for help locating Dagger after a head injury gave her a bout of amnesia. Along the way, a pair of runways very similar to Cloak and Dagger’s younger selves stepped into the spotlight as they faced the dangers of the streets and a threat that only the Power Pack and Cloak could confront.

As far back as POWER PACK #2, Douglas Carmody was the archenemy of the Power siblings. He came to believe that they were mutants and made multiple attempts on their lives. Magik tried to help the Powers by banishing Carmody to Limbo. However, that only made things worse when Carmody returned as a demonic Bogeyman in issue #42. He subsequently outed the Power kids as Super Heroes in front of their distraught parents. Fortunately, the New Mutants were available to give Power Pack some much needed backup. 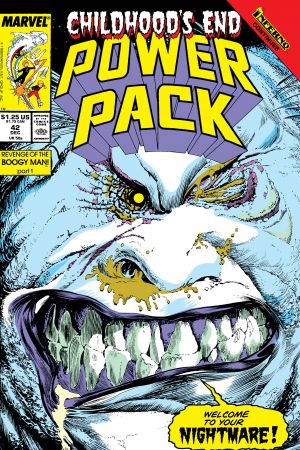 But the journey never ends, and the next Power Pack chapter begins!

POWER PACK #1, written by Ryan North with art by Nico Leon and a cover by Ryan Stegman, goes on sale Wednesday, April 8. Pre-order your copy today online or at your local comic shop!