Destruction Arrives with the 'X of Swords' Finale

Find out what happens as the X-Men crossover comes to a close.

Warning! This article contains spoilers for today's X-MEN #15, EXCALIBUR #15, and X OF SWORDS: DESTRUCTION #1, so read on at your own risk, mutant mavens!

The X-Men have been put into a tight spot during X OF SWORDS. Now that the end has arrived, there’s a real question about whether the X-Men will still exist as the team that we’ve known. The Dawn of X was about mutants turning the page for a new era—and there’s a similar sensation at the conclusion of this Marvel event. Yet the new paradigms may still offer some surprising outcomes.

In Chapter 20 of X OF SWORDS, Head of X Jonathan Hickman and artist Mahmud Asrar played up the political intrigue on Krakoa in X-MEN #15.

Scott Summers and Jean Grey made an impassioned plea to the Quiet Council to authorize a strikeforce in the heart of Otherworld in order to rescue their friends and teammates from Saturnyne’s cruel tournament. The Omniversal Majestrix appeared to have stacked the deck against Krakoa’s swordbearers as the champions of the Arakkii ran up the score.

The only thing that Scott and Jean knew for sure is that Cable, AKA Nathan Summers, needed them. Cable is the son of Scott Summers and Madelyne Pryor, and yet Jean’s son as well. After all, she and Scott raised Nathan in the future during the classic miniseries, ADVENTURES OF CYCLOPS & PHOENIX (1994). Of course they would sacrifice anything for Nathan’s safe return. But their old adversary, Sebastian Shaw, made sure that the price was steep. 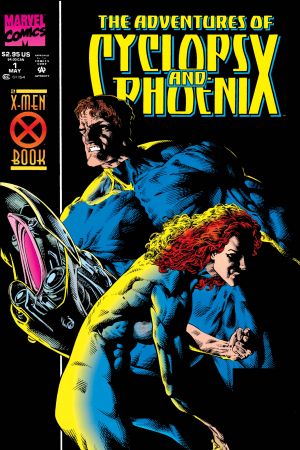 At Shaw’s direction, the Quiet Council moved to expel anyone who accompanied Scott and Jean on their rescue mission. Nightcrawler and Kate Pryde volunteered to go anyway, but they were dissuaded by Scott and Jean. Emma Frost half-heartedly asked Scott if he wanted her to go, but she subtly supported him by placing the Stepford Cuckoos at his disposal.

The ancillary matter features a troubling decree from the Quiet Council that surely has Shaw’s fingerprints on it. The ruling states that the Quiet Council wants the X-Men moniker to be retired because they feel that it is "in the best interest of Krakoa -- and all mutants -- if the only authority and higher representation rests entirely with the Quiet Council...So from this day forward, the X-Men are no more.”

Well, we’ll see about that. But first, the rest of the issue dealt with the final battle in the tournament. Thanks to Gorgon’s sacrifice, the score was tied at 19 between Krakoa and Arakko. Fittingly, Apocalypse and his estranged wife, Genesis, were the last combatants. Apocalypse was even able to convince Genesis to fight without the helmet of Annihilation, which had corrupted her.

In terms of pure skill and power, Genesis simply outclassed Apocalypse, which allowed her to shatter his sword. Apocalypse remained unbowed, despite his injuries. He even managed to secure Genesis’ sword for himself, while striking a seemingly fatal blow. However, Apocalypse declined to finish off his wife, giving Annihilation the opportunity to once again seize control of her body. Annihilation also disregarded the rules of the tournament by summoning the rest of Arakko and Amenth’s forces for the final battle...

Asrar then co-illustrated EXCALIBUR #15 with artist Stefano Caselli from a script by Tini Howard, and the penultimate chapter of X OF SWORDS barely gave Krakoa’s heroes a chance to breathe under the onslaught of Annhilation’s armies.

But the White Sword had enough of Arakkii treachery. Without calling upon his favor (yet), the White Sword and his soldiers simply abandoned the growing battle because it was not the one that they came to wage. The White Sword won all of his matches in the tournament, and thus lived up to his side of the bargain.

Bei the Blood Moon also defected from Arakko, but not out of any sense of honor or pride. Instead, Bei has shown that she truly loves her new husband, Doug Ramsey. So much so that Bei didn’t hide her intentions from the Arakkii, and she literally knocked over some of the X-Men’s heaviest hitters to spirit Doug away to safety. Because Bei’s communication is based solely on her ability, the Doom Note, Doug is the only person who can’t understand what she’s saying. Regardless, Doug’s words were enough to convince Bei to fully switch sides and stand by the X-Men. Meanwhile, the swordbearers were joined by Jubilee, who returned to save her human son, Shogo, from Saturnyne’s grasp.

As the battle raged, Saturnyne retreated into the Starlight Citadel with Shogo still in his dragon form and still under her control. Saturnyne took the crystal pieces that were once Betsy Braddock and reassembled them into a mosaic on the floor. This was part of Saturnyne’s design from the start, but not even she was prepared for what came next... Recall that the Captain Britain Corps was destroyed in NEW AVENGERS (2013) #30 during the build up to SECRET WARS (2015). And nearly every member in the Corps was an incarnation of Betsy’s brother, Brian. 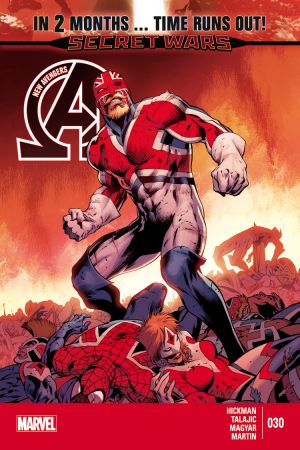 That’s probably why Saturnyne was so visibly shocked and dismayed to discover that Betsy was still at the center of the mosaic despite her best efforts. From across the multiverse, a new Captain Britain Corps was called, and every member was an incarnation of Betsy. That included women, men, a frog, an ape, and even a bird.

Hickman and Howard then wrapped up the epic with artist Pepe Larraz in X OF SWORDS: DESTRUCTION #1.

The new Captain Britain Corps briefly turned the tide in battle, before Annihilation summoned all of the remaining monsters of Amenth.

Saturnyne’s prophecy for the X-Men named nine swords for Krakoa; it wasn’t until this issue that it became clear what the tenth sword was. At the darkest hour, the X-Men arrived in Otherworld on the Peak, S.W.O.R.D.’s former orbital space station. Yet even this influx of mutant warriors was seemingly not enough to win the day. Instead, Cable realized what Saturnyne had in mind all along. With the help of his parents and Magik, Nathan Summers unleashed the alien threat from CABLE #5 on the forces of Amenth and Arakko.

In the end, it all came down to Apocalypse, who had finally become the hero of his own story; he defeated Genesis and took the helm of Annihilation as his own. But while Genesis was unable to resist Annihilation’s influence, Apocalypse used their bonding to end the war by abruptly surrendering to Saturnyne. In turn, Saturnyne removed the helm from Apocalypse, and transformed Annihilation into a more easily controllable staff.

To broker a peace between the two warring nations, Saturnyne demanded an exchange of mutants. Genesis asked Apocalypse to remain, and he accepted. In turn, Apocalypse asked that the mutant island, Arakko, be released in his place. As Saturnyne noted, that includes the millions of mutant prisoners who were being held on Arakko by Annihilation.

Thus Apocalypse was finally reunited with his family after thousands of years. But his absence and Jean’s departure means that there’s a new power vacuum on the Quiet Council. Someone will surely fill the void, but Saturnyne suggested that it could be the beginning of even more fractures of the alliance between former enemies. As for Saturnyne, she got nearly everything she wanted...except the love of Brian Braddock.

The X-Men should feel fortunate to have emerged from this conflict with relatively few casualties.

There are also questions about the fate of Krakoa’s Betsy Braddock...but that’s a mystery that will have to wait for another day.

Read all 22 Chapters of X OF SWORDS for yourself at your local comic shop today!