Next week, genius big-brain Tony Stark’s bouncin’ back to basics in the all-new, all-armored IRON MAN #1!

But what in the Blue Area of the Moon does that mean exactly, effendi? Well, for one, it means what all Invincible Iron-Fans crave the most…new armor!

Iron Man’s been updating his armor since Day One of his frankly freakish costumed career, and it’s in those eager early days we find the most fantastic fun of the run—and we’ve pulled no punches in presenting a few plots here for you heroes. Onward!

So, wounded and wasted in the wilderness, Anthony Stark crafted a creative covering for himself in TALES OF SUSPENSE (1959) #39 to beat the bad guys. This is a matter of fact, friends. From there he thought he’d just jet back to the States and make a go out of being a swingin’ Super Hero…but it wasn’t that easy. First, he had to deal with the disdain of a less-than-peppy public.

When big cats broke out of their circus cages in TALES OF SUSPENSE (1959) #40 to cause chaos, Iron Man was on the scene to save everyone—but wait! What’s that? Despite the danger, the crowd called him “dreadful looking” and "ugly”! Women and children recoiled from him! Even Tony’s date Marion said Iron Man was “terrifying” and frightened her! What’s a billionaire industrialist to do? Hit the paint aisle of his local hardware store, that’s what! 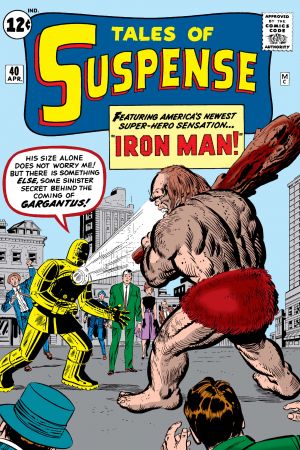 Whoa! Hit the brakes, Bunky! Say what? Yes, the solution to Stark’s sadness over his sartorial significance was to, wait for it, paint his entire suit of armor with “untarnishable gold paint”! And then he zoomed out to bust the chops of even more baddies—can you say “Clean up in Aisle 12”? Somehow, it worked and the Golden Avenger was born, though it wasn’t the end of his titanic troubles with his armor.

Didja Know… Iron Man’s first major change in armor was because of a doll?

See, the Doll had, well, doll-like figures he used to control people, and he put a mighty strain on Iron Man’s armor in his first clash with the hero; so much, in fact, that Stark went clinkin’ and clankin’ back to the chalkboard and whipped himself up a new set of fightin’ togs. And what a set it was! The red and the gold began here, True Believers, and the rest is history. 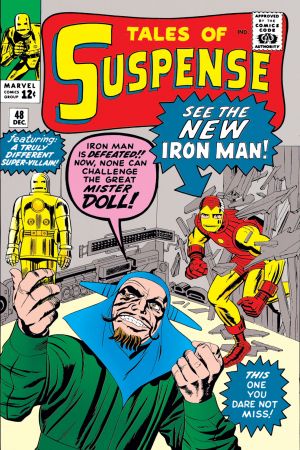 Tony’s task involved making his armor lighter and more flexible by utilizing way more miniaturization in its components. What does that all mean? Ya got us cryin’ “uncle”! But, boy, it sure sounds good! The new duds required less recharging and featured a faceplate with a design that allowed Stark’s “expression to show,” which he believed provided a psychological edge to his ability to instill fear in his foes. Wild!

Didja Know… Iron Man once believed a nose would make a difference?

Hey, the nose knows, right? Tony always believed he could cause a stink among criminals, and when he added a nose to his armor, his foes could smell the change in the air. It happened in IRON MAN (1968) #68, if ya don’t believe us—and frankly, we’re not sure we believe us!

The sinus sling slipped in because the Mandarin—Iron Man’s arguably most awesome antagonist—fired a missile at our guy and the force of its blast nearly blew out the glass over Tony’s eye and mouth openings on his mask. Now, you must agree that such an explosive event begged for an updating of the armor, but who could have foreseen all the pomp and circumstance over a proboscis? 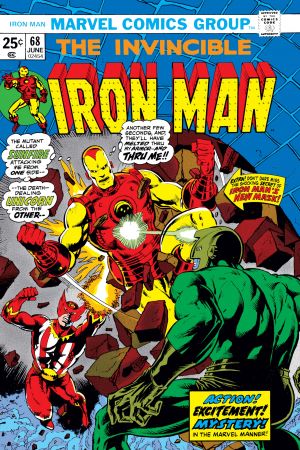 The new armor sported that nosepiece until Iron Man hopped away from the honker to slim back down to a flat faceplate. Call us childish and maybe not a little nostalgic, but when we think back over all the awesome, amazing Iron Man armors, we think this one wins it by a nose!