Didja Know... The Sinful Saga of the Squadron Sinister

A lot of sensationally significant statements have been racked up recently about the Squadron Supreme, Marvelites, but as much as we love that lovable lineup, around here at Didja Know Central we say there just ain’t no Squadron Supreme without...the Squadron Sinister!

So sit back, put your feet up, and crack your knuckles as we get down to work and stir the pot with some rather sinister statistics of the first of Marvel’s Squadrons…

Didja Know… the Squadron Sinister was born out of a bet?

Sure, that kind of thing happens all the time in the Marvel Universe, especially when you have giants like the Grandmaster constantly creating contests to prove he’s the top dog of gameplayers. Back in AVENGERS (1963) #69 he was at it again, that time versus a dude called Kang the Conqueror… 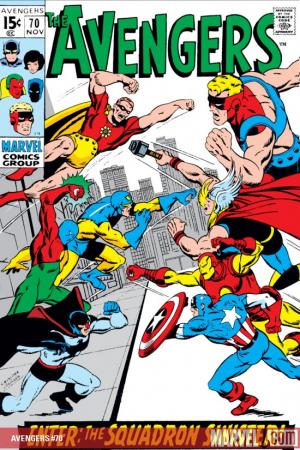 See, the Grandmaster challenged Kang to take an alliance of Avengers and put ‘em up against a team of titans of his own—one he created whole cloth right there and then! Before the eyes of Earth’s Mightiest Heroes then did appear Nighthawk! Dr. Spectrum! Hyperion! And the Whizzer! Collectively known as—wait for it—the Squadron Sinister!

AVENGERS (1963) #70 stood as the battlefield for the brouhaha, or really a series of battlefields as the two chess masters flung their flunkies to four different monuments on Earth and let nature take its course. Which it did, natch, meaning the Avengers won and the Squadron slipped into the shadows of obscurity, tails between their legs.

Didja Know… the Squadron Sinister lost a member to the other side?

When the nasty nabobs returned after their initial imbroglio, they forewent fighting the Avengers again, deciding the Defenders might be better punching bags. Well, frantic ones, they proved themselves wrong again, and fostered betrayal in their ranks to boot.

Nighthawk flew off to the famous non-team in DEFENDERS (1972) #13 to clue them in on a schemes so horrible, so heinous, so…so…hinky that he just couldn’t be part of it. Doc Strange and his cohorts shuffled off to find the fiends, but when they did, they tasted bitter defeat at the hands of the Squadron Sinister. 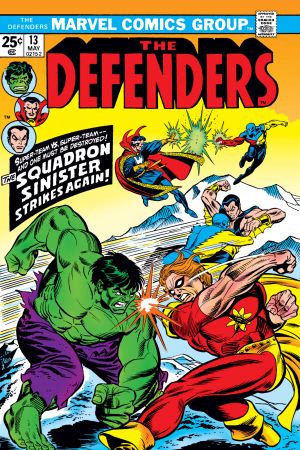 Now, Nighthawk stood by the stalwarts and against his old allies, but in DEFENDERS (1972) #14 he nearly bought the farm in the final fracas between non-team and Squadron. Luckily for him and the Defenders, he survived and became a permanent feature—farm and all—of the garrulous group.

Didja Know… the Squadron Sinister sang solo after losing as a league?

Shorn of the Squadron Sinister, strongman Hyperion tackled the thunder god in THOR (1966) #280, then tussled with the Thing in MARVEL TWO-IN-ONE (1974) #67. Much later on he tried to impersonate his dashing duplicate in the Squadron Supreme in SQUADRON SUPREME (1985) #8, but wound up pushing up daisies… Crime does not pay, kids! 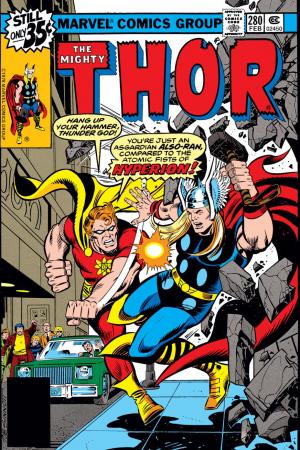 Without a tightly knit team behind him, Dr. Spectrum inked his ire in broad strokes against Iron Man in IRON MAN (1968) #63-65, and died a dumbfounding death in MARVEL TWO-IN-ONE (1974) while trying to whittle down the Thing, Black Panther, and Doctor Voodoo! Well, at least someone else picked up the name and the powers in AVENGERS ANNUAL (1967) #8.

And the Whizzer? Was he ever a whiz of a Whiz if ever a whiz there was? Well, he sped off to AMAZING SPIDER-MAN (1963) #222 to drop the name and pick up speed as the Speed Demon, then fast-footed it over to MARVEL TEAM-UP (1972) to fan the flames of the Human Torch. After burning his little tootsies there he joined with other joykillers in AMAZING SPIDER-MAN (1963) #280 to become the Sinister Syndicate. Hmm...where have we heard that word before?

In this article: Squadron Sinister, Avengers