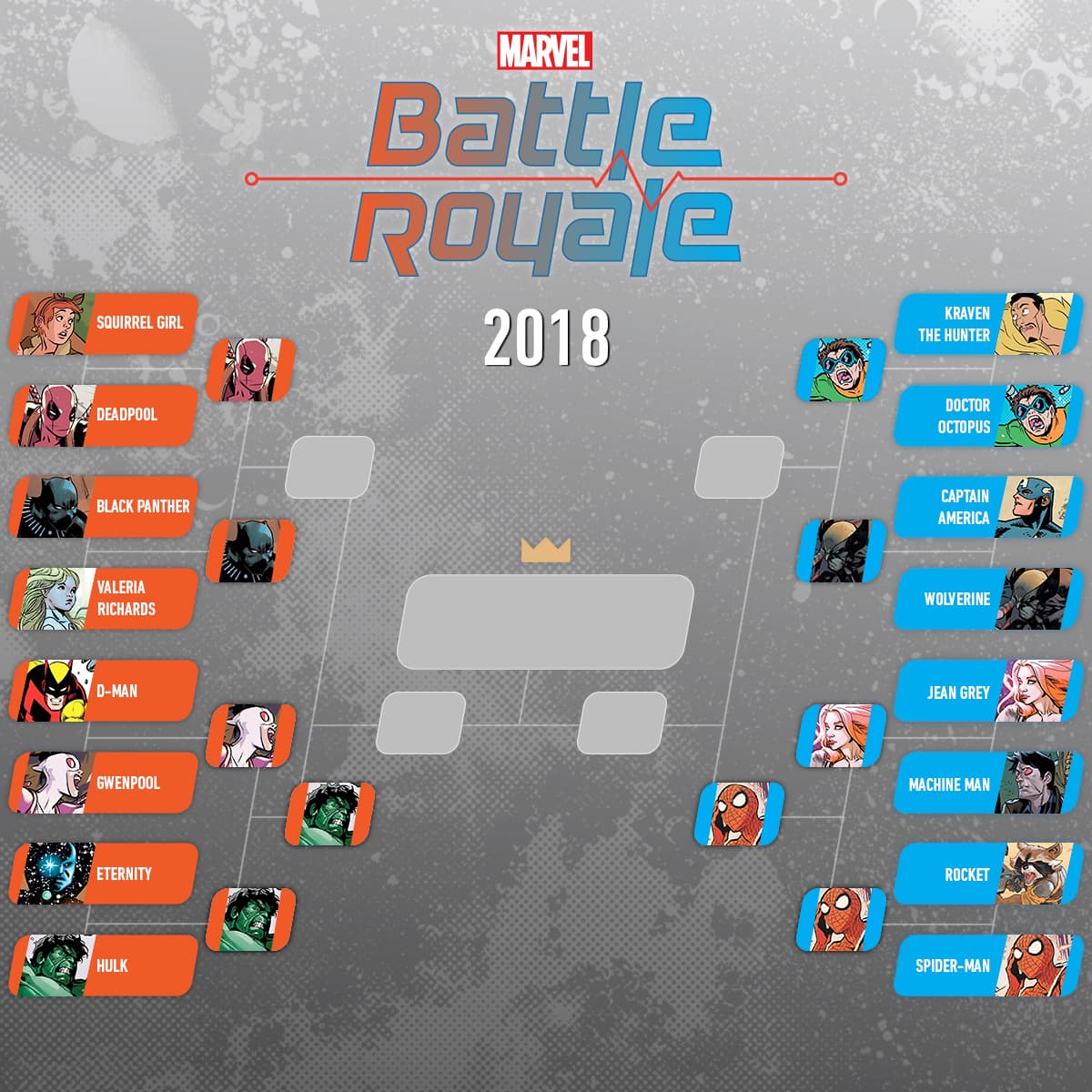 Yesterday's throwdown saw Wolverine take on Doc Ock, and the winner was... 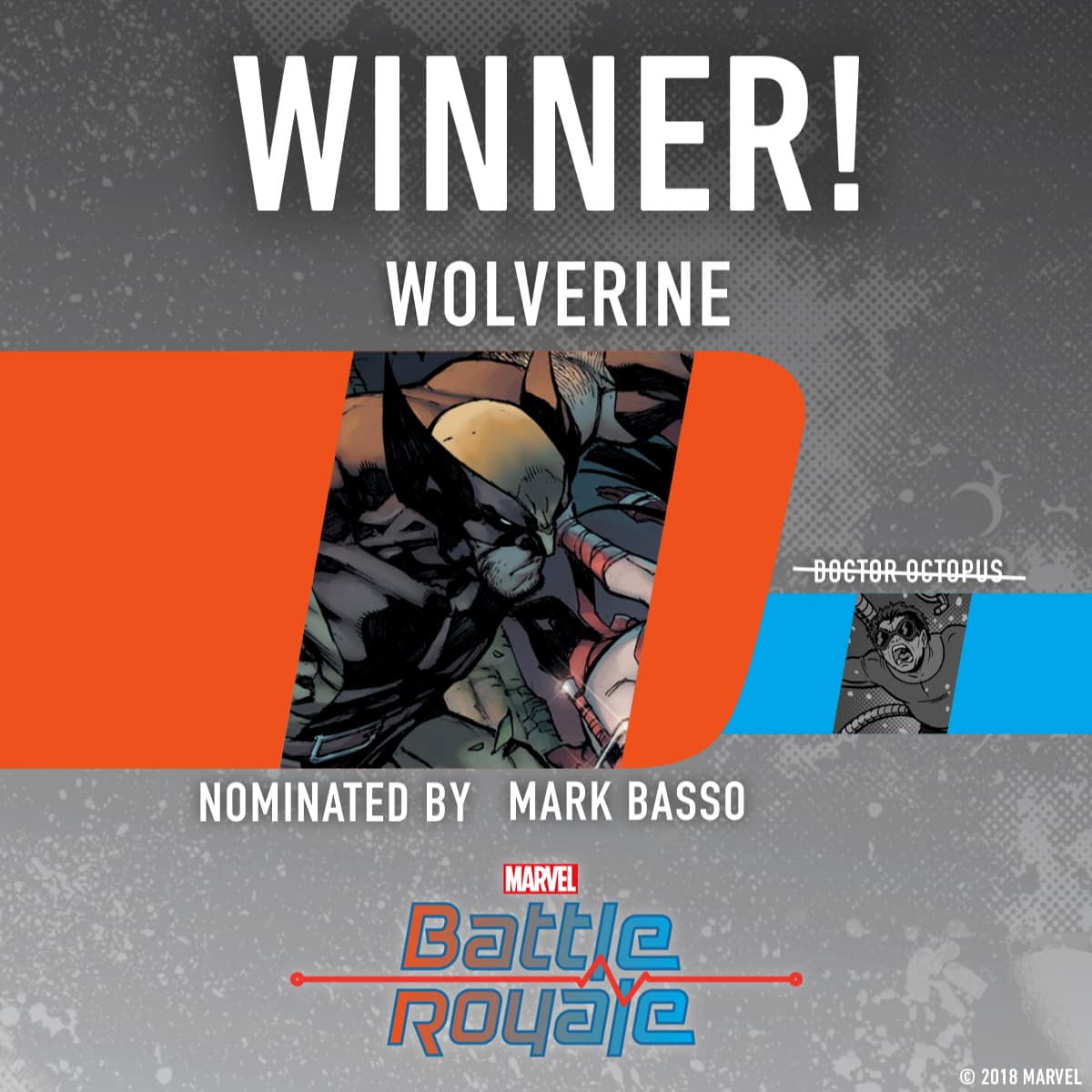 Today, one of the biggest contests of the competition begins, as Tom Brevoort's blustering mercenary goes up against Chris Robinson's king... 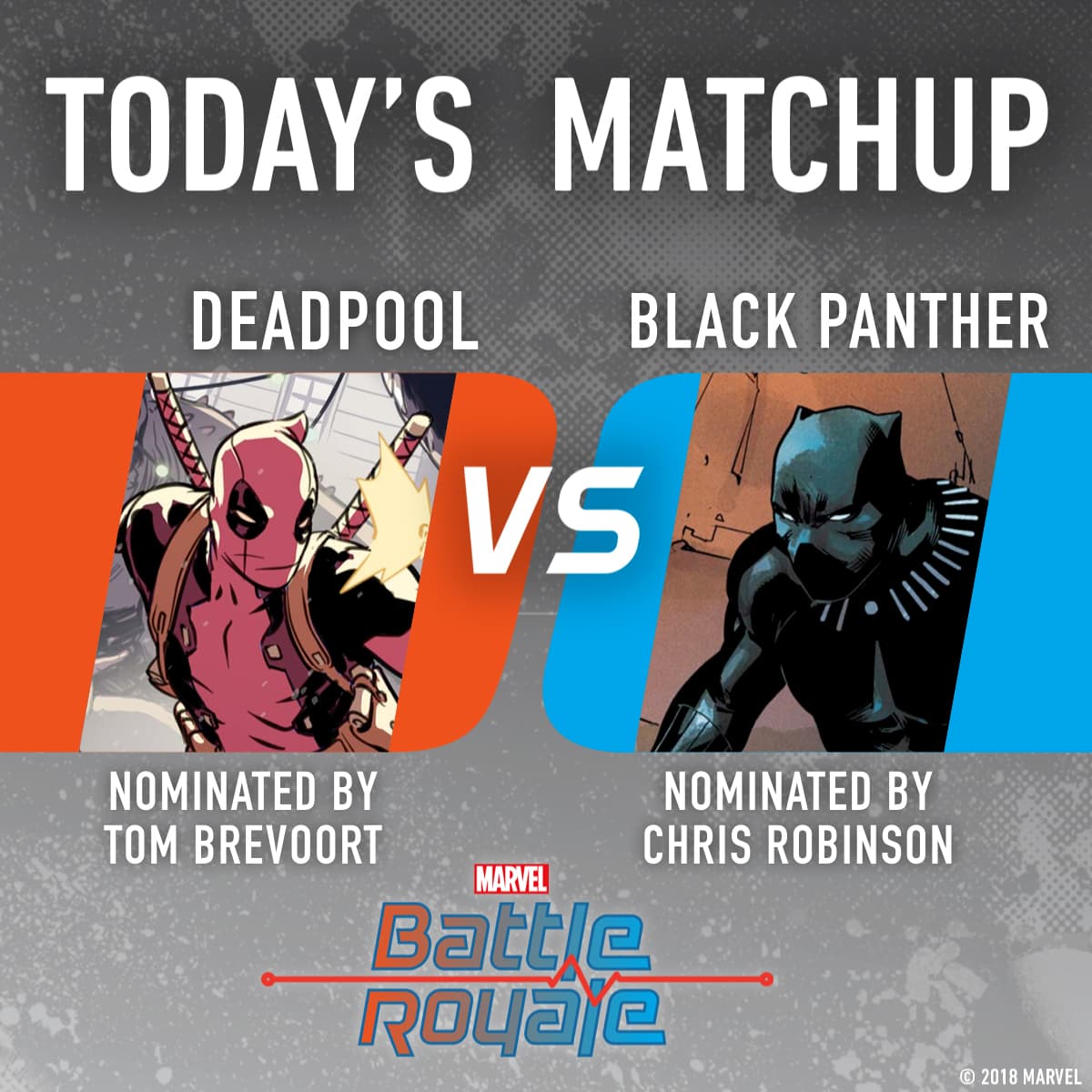 Not only did the editors nominate their own gladiators, they've also laid out exactly why you should be on their side! Here's Tom's take on behalf of...

"Sure, the Black Panther is fierce. Yes, he’s strong, fast, agile. A master fighter, a genius intellect, a sure-footed planner. Rich as sin.

"Why does Deadpool win this bout? Personality, baby! He’s got it oozing out of every pore (literally)!"

"We couldn’t leave this one up to chance so we are currently publishing the only official* Marvel Battle Royale™️ tie-in series BLACK PANTHER VS. DEADPOOL! Consult issue #2 tomorrow to see how totally...overwhelming...CANONICALLY superior Black Panther is to Deadpool!"

*Editor's note: It ain't official. But you should still read it!

The Marvel Battle Royale 2018 takes place every day throughout the month of November! Stay tuned to Marvel.com and @Marvel as the semifinals begin tomorrow!