T’Challa goes to war with The Kingpin and helps the Avengers battle the X-Men!

While watching over Hell’s Kitchen for an absent Daredevil in AVENGERS #19, T’Challa heard an invitation from Captain America to rejoin the Avengers. The Panther turned him down, but suggested his queen, the X-Men’s Storm, in his stead. 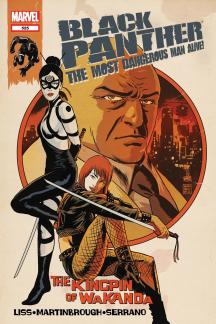 Storm approached her husband in AVENGERS VS. X-MEN: VERSUS #5, but the meeting devolved into a battle between the two. When the Phoenix inhabited five of the mutants and they in turn started to remake the world in their image in AVENGERS VS. X-MEN #6, the Panther headed to Utopia again to stop them, but failed. When Red Hulk left the Avengers to assassinate Cyclops in AVENGERS #28, Emma Frost blasted him back to Wakanda. 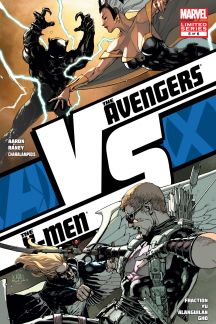