Generations: Captain America – Every Cap Ever

A Look at the heroes (and a few villains) to take up the mantle beyond Steve Rogers.

While most people associate Captain America with one person—and certainly no more than three—the name and costume has been donned by many. Some stood for good, some used the symbol for evil, some wandered in between those two extremes.

Below, we take stock of the many men and women who have worn the red, white, and blue.

Steve Rogers– The original and the standard bearer, the Cap all others will be measured against. While recent events have tarnished the man’s sterling reputation some, it seems impossible to believe that it will not be long before he proves that the “real” him remains every bit the hero we always saw him as.

Sam Wilson– As The Falcon, Wilson proved himself a strong partner and costumed solo hero. As a social worker, he proved he did not need the costume to be a hero. As Captain America, he proved that while Rogers might be the one we all think of, others can prove worthy of the honor of donning the flag and carrying the shield. 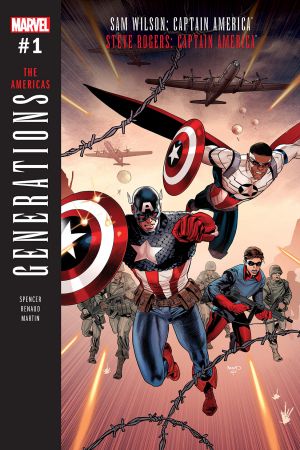 James “Bucky” Barnes– The first Captain America partner/sidekick, Barnes did a lot of the dirty work in World War II, while allowing Cap to remain a “clean” symbol for all that we identify as good, strong, and admirable about the United States. Years under Soviet mind control as the Winter Soldier gave Barnes a—to utilize understatement—checkered past. Nonetheless, when his mind became his own once more and America needed someone to step into the mantel when it seemed Rogers had died, Barnes did so with strength, courage, and conviction. It revealed that while Soviet mind control may have made him a killer, Barnes remained a hero at his core.

Isaiah Bradley– While America has always been a country of great ideals, we nonetheless have often failed to meet those ideals. Isaiah Bradley, a hero to the Marvel Universe’s black American community but largely unknown in the larger MU unfortunately illustrates this point. A secretive flipside to Steve Rogers’ creation, Bradley became a Super Soldier while the rest of his compatriots died in the experimental phase. He acted heroically to derail Nazi attempts to build a super soldier of their own, ended up captured and tortured in the name of science by the Axis, and, once freed, did not get a hero’s welcome by the Allies but rather went to prison for supposed desertion. During his time in prison, he endured further study and testing. When he released, he did become a living legend amongst many black Americans as noted above, but he also never received the recognition he deserved and, due to the years of torture and experimentation, ended up suffering from brain trauma in his later years. 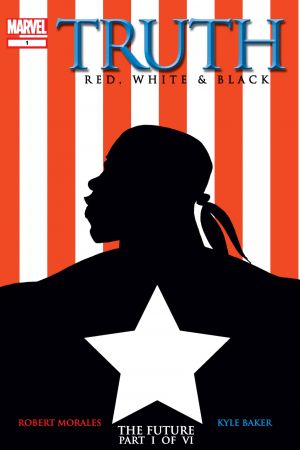 John Walker– The former Super Patriot and current USAgent became Captain America when Rogers walked away from the role—or, rather, became forced out—and the government decided to find a more politically conservative easier to control candidate to bear the mantel. Unfortunately, Walker might be a lot of things, but easy to control never makes the list. After his identity became exposed and his parents paid with their lives, Walker became brutal and murderous until a fight with Rogers enabled him to regain his senses and abandon the classic Stars and Stripes for a new identity—both alter ego and costumed hero wise—and a new costume. He remains taciturn and a bit more nationalistic than most Caps, but he has matured and grown in the years since his time as Captain America.

“Anti-Cap”– Given, via spinal implant, a constant feed of a similar drug to the one that the government exposed Luke Cage to during his time in prison, Anti-Cap—his real identity unknown—became a modern super soldier under the banner of the US Navy. While professes to admire Captain America, Anti proved not to truly have absorbed much of Roger’s ideals. Cynical, violent, and cruel, Anti-Cap acted largely as a puppet of the government until his apparent death let him run wild on his own. However, he remained volatile and amoral as he enacted his version of the War on Terror and Roger, with Wilson as Falcon, felt compelled to stop his doppleganger. In the end, Anti chose death by suicide over capture and this demise seems to have stuck.

William Burnside– College professor Burnside became the Captain America of the 1950’s, battling the communist version of the Red Skull and taking Jack Monroe—the man who would be Nomad—under his wing as the new Bucky. Unfortunately, exposure to an imperfect version of the Super Soldier process left both heroes mentally ill and they had to be replaced in suspended animation. Later, Doctor Faustus further twisted the vulnerable Burnside until he became the white supremacist leader known as the Grand Director. A confrontation with Rogers reminds Burnside of how he had been and he ends his own life by self-immolation. Except he didn’t. Instead, he survives and is conditioned by Red Skull and Faustus to kill Bucky Barnes, then the acting Cap. Although he eventually shakes them as masters, he cannot cope with modern life and joins the reactionary domestic terrorist group known as the Watchdogs. Eventually, Barnes shoots and seemingly kills Burnside. In reality, he is recovered by the government who is now working to undo years of psychological manipulation with the hope of someday returning Burnside to society and a normal day-to-day existence.

Danielle Cage– A possible future version of Luke Cage and Jessica Jones’ daughter, Danielle grew up to be mentored by Black Widow and to wear the flag as a hero. She now lives in the current Marvel Universe and fights alongside the U.S.Avengers.

Jeffrey Mace– The so-called third Captain America, Mace fought as the Patriot during World War II before assuming the mantel in 1946. He served three years in that capacity, married his partner Golden Girl, and lived out the rest of his life in a fairly average manner. 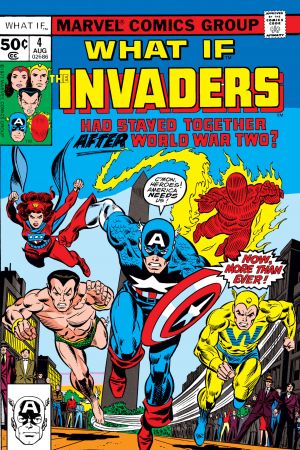 Roberta Mendez– The Captain America of the year 2099, Mendez has a forced kind of split personality state in which she lives most of her life as “average citizen,” a family woman with a job as a receptionist at Alchemax. However, when she hears her trigger, she becomes Captain America both physically and in personality, acting as part of the 2099 Avengers until the trigger returns her back to her usual life.

Kiyoshi Morales– Another possible future Cap, Morales—who goes be Commander A in costume—is a kind of future ideal of a US citizen: multi-racial, idealistic, and oriented to service. Although readers have seen little of Morales to date, he remains an intriguing character brimming with potential.

William Naslund– The second Captain America officially recognized by the government—as they refused to give Bradley the same honors—Naslund transitioned from the costumed identity of the Spirt of ’76 to Cap after Rogers’ seeming death. Ultimately, Naslund was killed in action after less than a year of service after warning fellow heroes of a plot to capture of kill then Congressman John F. Kennedy.

Dave Rickford– In an attempt to destroy Bucky Barnes during his time as Captain America, his history as the Winter Soldier ended up leaked to the press. With Rogers still refusing to take back up the title, Rickford nominated himself for the role. After being kidnapped and getting a talking to from Rogers, however, the would-be hero quickly stepped down.

Bob Russo– After Rogers becomes too disillusioned with the federal government to continue to be Captain America, he steps away from the role. In the void, Russo became the first citizen to try and step up. He injures his arm during his first attempt at being Cap and never tries again.

Roscoe Simons– Another fill-in Cap during Rogers’ Nomad phase, Simons actually received the blessing and shield from Steve and worked with Falcon. Unfortunately, he only lasts briefly in the role before the Red Skull kills him.

“Scar” Turpin– The second fill-in after Russo, Turpin ends up on the bad side of a gang beating and realizes the error of his ways. 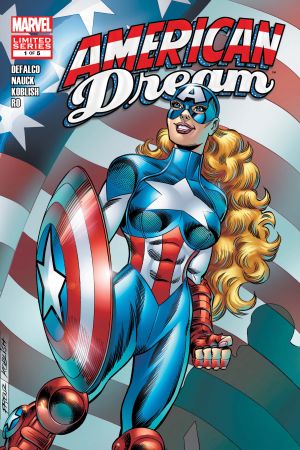 Shannon Carter– In another alternate future, Sharon Carter’s cousin Shannon grows up idolizing Cap and training her body and mind to be as strong, resilient and flexible as humanly possible. When the Avengers reform, she accepts their invitation, crafts her own version of Steve Rogers’ classic costume, and becomes American Dream. When her team must save a team of Avengers from an alternate timeline, she proves her skill as a leader and tactician and the Steve Rogers Cap of that universe honors her with his own shield, a de facto endorsement of her worthiness to wear the flag.

Josiah X– As noted above, Bradley continued to be a lab test subject for the government while imprisoned at Leavenworth and Josiah X resulted from that work. Essentially a biological son of Bradley and his wife but raised by a surrogate mom, he lived his early life entirely unaware of his parentage or potential powers. In time he would learn of them, meet his parents, and ship out to Vietnam for several tours. After returning from ‘Nam, he struggled to find direction until visiting Africa, feeling called by Islam to become a Muslim and minister of the faith, and returning to the US. He only briefly wore a version of the familiar flag costume to clear his name alongside members of The Crew and to ensure his neighborhood not be decimated by super powered strife.