Have You Met the Other Red Guardians?

You know Alexei Shostakov—now meet the other characters who've held the mantle!

Face front, True Believers—Alexei Shostakov is back and better than ever! Who is he, you ask? Well, the bountiful book he’s bouncing around in is a little number called WIDOWMAKERS: RED GUARDIAN AND YELENA BELOVA #1…

...and we’ll buy a clue here when we say he’d never be mistaken for Yelena Belova!

You may know the Red Guardian as the Russian roustabout who resembles Captain America, but there’s so much more about the role to raconteur over. In fact, Alexei’s merely the first and arguably the finest of the Guardians—waitaminnit! What are we saying? Buckle in, bunky, while we spin several stories of the Siberian sallies and the guardians who guard it all, from Moscow to Minsk and all points in-between!

The first Red Guardian was a whiz who wowed ‘em during World War II!

Long before Alexei took up the togs, a common Russian man named Alexsey dabbled with destiny in 1939 when he saved the life of a Russian general’s wife from a fire while draped in the Soviet flag—and swiftly slid into the country’s super-soldier program. It all happened in NAMOR THE SUB-MARINER ANNUAL #1, for those of you keeping score at home.

The newly-christened Red Guardian next appeared in CAPTAIN AMERICA ANNUAL #13 to join furious forces with Cap, the Patriot, and the Spirit of ’76 against the atrocities of the rascally Red Skull in 1945. Not long after, he ran into the good captain again, but that time the Patriot wore the red, white, and blue, unbeknownst to Alexsey. 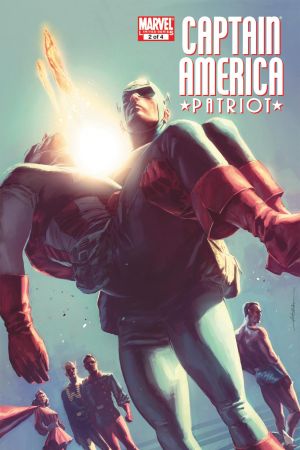 Then, as illustrated in CAPTAIN AMERICA: PATRIOT (2010) #2, the Guardian swung into action once again, but against America’s heroes when the All-Winners Squad was dispatched to bring in a Russian double-agent—a dangerous dude both countries wanted to retire. Alas, Alexsey disappeared in the 1950s, rumored to have been retired—permanently—by his Soviet superiors, but his legacy lived on in the stalwart silhouette of the aforementioned Comrade Shostakov.

The third Red Guardian was a doctor who joined the Defenders!

Neurosurgeon Tania Belinsky was summoned by Doctor Strange to perform brain surgery—it ain’t rocket science, at least!—in DEFENDERS (1972) #35 and wound up staying on to not-join the non-team thanks to Stephen’s sorcery. She’d already been slinking around the shadows of Soviet space as the Red Guardian and when she saw her opportunity to scoot, she scooted!

As she acquired more adventures with the Defenders, Tania also saw more and more strangeness, such as in DEFENDERS (1972) #53 when she became a slave to the Russian menace called the Presence, and gained nuclear powers when confronted by deadly cobalt radiation. She escaped her captivity though and continued her crusading, right up until the alien Stranger took her and the Presence for a jaunty joy-ride through space. 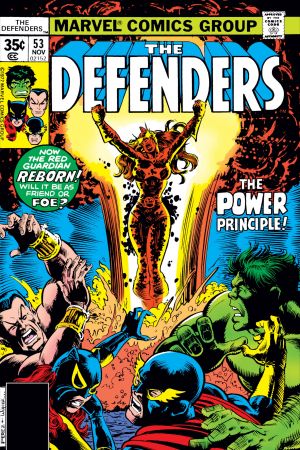 The Red Guardian eventually returned to Earth in QUASAR (1989) #19 and took up the new tag of Starlight to better signify her awesome abilities. She later joined the Russian Super Hero team named the Protectorate and she’s still rockin’ and sockin’ ‘em all the way to Siberia!

The sixth Red Guardian was a robot!

Funny thing about the Marvel Universe: You never really know when someone’s going to turn out to be a robot. We’re talkin’ Life Model Decoys here, heroes, and the legacy of the Red Guardians includes not one, but two of the clinkin’, clankin’ critters!

In HULK (2008) #1, She-Hulk and Doc Samson met an all-new Red Guardian while on the trail of what they thought to be a Hulk-like being who’d offed the Abomination. The Guardian’s real name was Anton, and he listed his former trade as engineer and his experience as a previous pilot for the Crimson Dynamo armor, but in fact he was a fake…a fake person, that is. 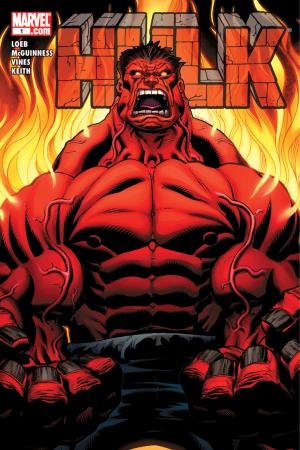 Anton fought She-Hulk and her Lady Liberators in SHE-HULK (2005) #35, but we discovered his duplicity in HULK: WINTER GUARD (2009) #1 when the tale was told of his having his mind placed in an LMD—only to literally lose his head to a Dire Wraith!

And yes, yes, we mentioned another LMD Guardian, and that’d be ol’ Alexei Shostakov himself, who faked his own death and returned as a robot in BLACK WIDOW: THE COLDEST WAR #1. The ruse lasted for what seemed a lifetime, but everybody now knows the knucklehead’s alive and kickin’ and ready for his close-up once again in…

WIDOWMAKERS: RED GUARDIAN AND YELENA BELOVA #1, which is available at your local comic shop today!

In this article: Red Guardian (Alexei)