Read through the greatest Marvel mech memoirs, from 'Avengers' to 'Wolverine'!

Here’s a quizzical question for you, True Believers: Who doesn’t like Super Heroes mashed up with giant robots? Answer: No one! That’s why we’re so excited about the all-new, all-different AVENGERS MECH STRIKE #1, the latest in our ongoing efforts to Go Big!

And sure, we won’t try to kid ya—it also opens the door for us to chit-chat all about one of Marvel’s coolest creations, one of the original big mechs of the mighty Marvel Universe, the one and only Red Ronin! Read on!

After its crafty creation by Stark International for S.H.I.E.L.D. in order to slam-bang its way through a few raucous rounds of fisticuffs with a certain popular giant lizard and some alien invaders, Red Ronin lost its head—literally—and was benched for the rest of the season. That is until a screwball scientist called Dr. Earl Cowan put the pieces back together in AVENGERS (1963) #197 and took it out for a spin…without S.H.I.E.L.D.’s permission!

See, Doc Cowan was nutty about causing World War III with Russia, but on his way to the Soviet state in AVENGERS (1963) #198 he took a wrong turn at Albuquerque and ended up with Red Ronin up to its knees in the Hudson River! That’s in New York, just in case you didn’t know! Well, bunky, Earth’s Mightiest Heroes caught wind of it—kind of hard not to see a giant robot slip-slidin’ it way past the Bronx—and assembled an attack…

AVENGERS (1963) #199 opened with Cowan out cold and Ronin dead-set on a dastardly "DESTROY" command from the daffy doc. What to do? Well, Iron Man reprogrammed the robot’s shield and energy blade to use it to whittle it down to size—a leg here, an arm there—but when Ronin kept on comin’, it fell to the bashful blue-furred Beast to find the plug and pull it, and that officially ended Red Ronin’s attempt to liquidize Long Island! 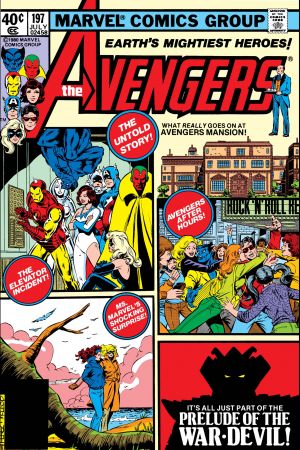 Red Ronin once went to war with Wolverine!

Kind of a powerful picture, isn’t it? Big ol’ rampaging robot versus feisty little Canadian mutant? It happened in WOLVERINE ANNUAL (1996) #1, Effendi, and while it ended somewhat luckily for Logan, it signaled another downbeat demise for ol’ Red Ronin. It all began in Japan, see…

Wolverine had jetted over to pay tribute to his late lover Mariko, but as these things transpire, he got himself into a whole mess o’ trouble instead. While mutant-hater Bastion tried to convince the Japanese government to kick-start a creepy campaign in their country like he had in America, Logan crossed paths with his old sparring partner the Silver Samurai and the incarcerated mutant Sunfire. Meanwhile, some big-brain was repairing Red Ronin…is that a great set-up or what?

So, when the robot went on a rampage thanks to just about everybody but Irving Forbush wanting to use it for their own nefarious purposes—including the Hand clan!—it fell to Wolverine and his temporary mutant chums Sunfire and Samurai to stop Ronin in his titanic tracks. You should’ve seen Logan lashing out at the big guy’s technological “heart” with his claws and shutting it down quicker than you can say “Howard the Duck”! Ah, good times. 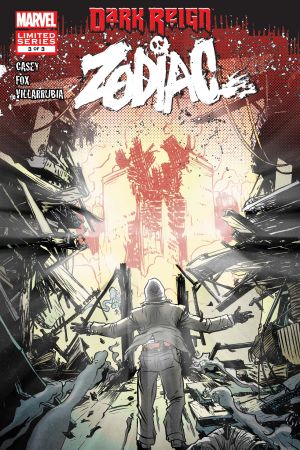 Red Ronin had the Green Goblin in his head!

The latest, greatest, and maybe final chapter in the story of Red Ronin came to light in one of the oddest places, namely a little book we like to call DARK REIGN: ZODIAC (2009) #3. This came about after the robot had joined the Thunderbolts—we know, right?—been used by Agent Gyrich to boost a battle between the T-Bolts and the Avengers, and saw some time tramping around Japan again during the so-called Super Hero Civil War…

And then along came Zodiac! Just a guy, mostly, who had it in for Norman Osborn, the original Green Goblin, but during the crazy course of his war on Norm, he set up a fake Galactus invasion of Earth—don’t ask!—and Osborn delved deep into his storage shed to crank up the contraption we lovingly label Red Ronin…and all bets were off, bunky!

It came down to another patented Ronin rampage, one that made the former Goblin look goofy in the eyes of his adoring public, natch, and the combined forces of Carol Danvers—then still under the Ms. Marvel moniker—and the famous Fantastic Four to stop it. That fiery conflagration of the Human Torch set upon the steely skin of the giant figure as it marched through Manhattan…what a sight! Don’t ya just love a parade?