Warning! Forbush forgive us, but this article contains spoilers for today's HELLIONS #1, so read on at your own risk, o frantic ones!

HOUSE OF X and POWERS OF X established Krakoa as a nation for all mutants, good or evil. Apocalypse, Sinister, Exodus, and Sebastian Shaw even ended up on the Quiet Council in charge of the island. But there are some mutants who have fewer redeeming qualities simply because they can’t control their darker impulses. Somebody has to handle the troublemakers, and Sinister has nominated himself in this week’s HELLIONS #1!

Writer Zeb Wells and artist Stephen Segovia got things rolling early in this issue when Alex Summers, AKA Havok, came very close to breaking the First Law of Krakoa by killing the Hellfire Cult’s members. What’s wrong with Havok? It likely goes back to AVENGERS & X-MEN: AXIS (2014) #9. During that event, Havok was among the heroes and villains who were morally “Inverted.” He was also one of the few to remain Inverted following AXIS’ conclusion. Because of that, Havok spent an extended period as a mutant radical until he was seemingly restored in X-MEN: BLUE (2017) #28. 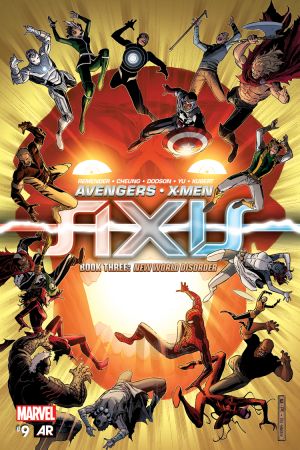 Unfortunately, that cure doesn’t seem to have fully taken hold; Havok truly seemed like another man as he maimed his victims in this issue. It’s also worth noting that Havok has been brainwashed on other occasions as well, and the cumulative effect has apparently destabilized him. But Havok isn’t so far gone that he doesn’t acknowledge the problem he’s facing.

That’s a far cry from the other Hellions members. Scalphunter isn’t exactly losing any sleep over his part in the MUTANT MASSACRE alongside the original Marauders. When some of the Morlocks he killed came looking for payback, Scalphunter showed absolutely no remorse before retaliating. As for Wild Child, he’s fallen hard since his lucid days in X-FACTOR (1986) #112-142. He really is feral this time. Meanwhile, Nanny and Orphanmaker’s dynamic continues to be disturbing. It’s unclear how old Peter really is underneath his Orphanmaker armor, but he's so emotionally dependent on Nanny that they can’t be separated for any length of time.

As for Empath, he was a member of the original Hellions team that gave this series its title. Most of his teammates were killed by Sentinels in UNCANNY X-MEN (1963) #281-282. But Manuel de la Rocha survived and he’s been a recurring thorn in the X-Men’s side ever since. HELLIONS #1 re-establishes that Empath’s old team is alive again...but he uses them to act out on his every whim because he’s an unrepentant sociopath. Manuel has so little empathy that he can’t even see that his behavior is wrong. 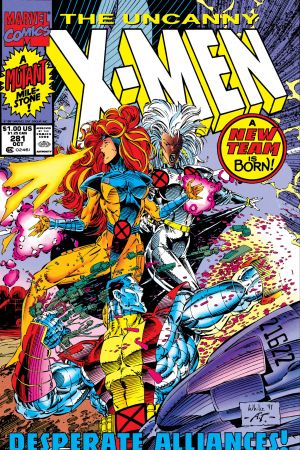 So far, the only mutant buried alive under Krakoa is Sabretooth. But rather than throwing these misfits into the pit with him, the Quiet Council essentially gave them to Sinister as an unofficial team. As a favor to Cyclops, Psylocke joined the squad as well...but this isn’t the woman that Havok once knew well. Kwannon only recently reclaimed her body from Betsy Braddock, and she also made an alliance of sorts with Sinister in FALLEN ANGELS (2019). Regardless of the Quiet Council’s intentions, these new Hellions are compromised from the start.

It’s only going to get worse from there. Sinister’s first mission sent the Hellions to clean up one of his cloning facilities where he used to make replacement Marauders. However, the Marauder clones were already slaughtered by Madelyne Pryor, AKA the Goblin Queen. As recently as CABLE #1, there have been hints that INFERNO may be reignited with a new demonic invasion of Earth. If the Goblin Queen is already back, then the first match has already been struck in the Dawn of X. And the Hellions may be on the frontlines of a battle that could destroy them.

Read HELLIONS #1 for yourself right now!