Mark Waid Imagines a World Without the Avengers

The legendary writer looks back at Marvel Comics in the 1970s!

Mark Waid has served as a stalwart chairman of Earth’s Mightiest Heroes, quarterbacking legendary runs on solo assemblers such as Captain America as well as guiding the fortunes of the Avengers collectively on more than one occasion. How ironic then that one of the writer’s all-time favorite stories posits a world without Marvel’s foremost super team!

“I'll go to my grave insisting that [the original] WHAT IF? #3, ‘What if the Avengers Had Never Been?,’ is inarguably one of the best-looking and most emotional comics of the entire decade.,” Waid contends. “Written by Jim Shooter, who was among the first mainstream comics authors who made emotion and not plot the fulcrum of his stories. Drawn by Gil Kane and Klaus Janson, who also colored. Everyone here was firing on all cylinders. I've re-read that comic 30, 40 times. Highly recommended.”

Indeed in addition to that unforgettable installment of WHAT IF?, Waid credits the stories streaming from the House of Ideas throughout the 1970s with kickstarting his fandom into a whole new gear and lighting the road that would lead to his professional prowess.

We spoke to Mark about '70s standouts featuring the Avengers, Captain America, Spider-Man, and more, plus the more offbeat corners of the Marvel Universe, from Dracula to Shang-Chi!

Marvel.com: When did you start reading Marvel comics? What's your “origin story”?

Mark Waid: Because I grew up in the rural South, Marvel’s distribution to newsstands was terrible. I came into comics in 1966 through the Batman show, so obviously DC was my first love, but I didn't investigate Marvels as a young child. I picked up only one that I recall: UNCANNY X-MEN #18, which ends on a cliffhanger where Magneto shows up at the door. I had no use for this. I didn't know who Magneto was and, worse—said I as a child—it wasn't even a complete story! If I paid 12 cents for a Jimmy Olsen comic, I got three stories! In my defense, I was six years old.

On rare, rare occasion I'd stumble across a coverless Marvel comic in a three-pack bought blindly by a thoughtful relative or at some other kid’s house, or with nothing else on the stands I'd pick up another random X-Men book—no more than two or three—but nothing grabbed me. 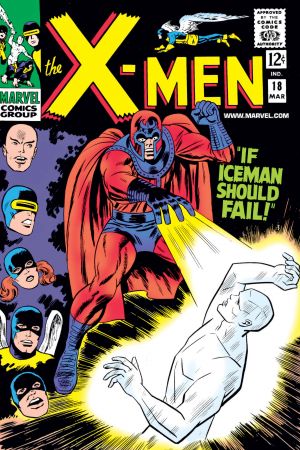 Marvel.com: What was your first exposure to the Marvel books of the '70s?

Waid: In 1971, I bought my second Marvel comic when I saw AMAZING SPIDER-MAN #100 on the stands in Tupelo, Mississippi. I don’t know why, but I think I was aware by then that centennial issues were always something “special,” so I elected to check it out. And what a ride, man. A full summation of Spidey’s career up to that point, plus a stunning cliffhanger. So now I was dedicated to Spider-Man. The next year, I found Spidey reprints in MARVEL TALES, so that became a regular purchase. After that—well, I can attest to the fact that Marvel’s strategy of using guest-stars and cross-continuity between titles worked really well. Spidey’s guest-starring in MARVEL FEATURE alongside Ant-Man? Sign me up! Now I’m reading three series. And then the dam broke wide-open when I saw the X-Men on the cover of AVENGERS #110 in a story that also crossed over into DAREDEVIL #99. I made my dad drive me all over town looking for that issue. After that, I was a Marvelmaniac through and through.

Marvel.com: What makes Marvel material from the 1970s stand out in contrast to other eras?

Waid: The books felt vital and alive. The characters had real emotions. The art was far more dynamic. And, again, the cross-continuity, the sense that all the stories were happening in the same universe and had ties to each other, was revolutionary. 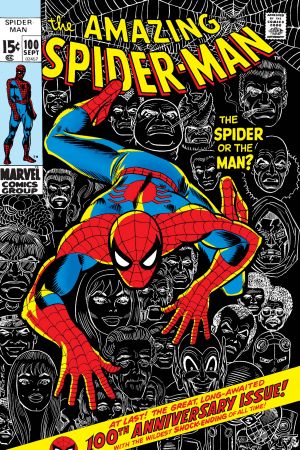 Marvel.com: What are some of your favorite Marvel stories and titles from the '70s?

Waid: I could answer this question all day, but [a couple] stand out:

The Secret Empire/Nomad story [in CAPTAIN AMERICA] blew my mind. Over at DC, Superman’s biggest problem was how to enlarge the Bottle City of Kandor. At Marvel, Steve Rogers was wrestling with the meaning of this country. I was invested.

The Mantis run of AVENGERS that culminated in the wedding of Scarlet Witch and Vision made me the continuity nut I am to this day. It’s my favorite Marvel story ever. It weaves together so much of Marvel continuity that I wasn’t aware of at the time but knew it must have been important, and it made a dynamite story out of it. It was frustrating trying to track down the GIANT-SIZE AVENGERS issues that tied in, because only certain stores in town carried those, but it was worth it.

Marvel.com: What character or characters do you feel were the vanguard of '70s Marvel?

Waid: In its earliest days, Spidey was the first to depose the Fantastic Four as Marvel’s flagship property, but every pop-culture craze had its “vanguard” at Marvel. People tend to forget how insanely popular the horror books were—TOMB OF DRACULA, GHOST RIDER—and how much press the books inspired by TV’s Kung Fu got—[MASTER OF KUNG FU], IRON FIST.

Marvel.com: What set some of the more out there Marvel books of the 1970s apart from the mainstream Super Hero fare?

Waid: That Marvel was publishing so much material that writers pretty much were the books’ de facto editors. It’s really that simple. So many guys bursting at the seams to prove themselves and no one around them to tell them “no.” When that dynamic exists with the wrong people, it’s disastrous. But at that time, with those creators, it was the perfect storm of youth, talent, energy, and a yearning to go beyond what we thought of as traditional comics stories.

Marvel.com: Did any of the Marvel material you read in the '70s influence you later professionally?

Waid: Oh, God, yes. [Writers] Steve Gerber and Steve Englehart were my idols back then, and I still fall back on their influence to this day. With Gerber, it’s succumbing to the temptation to lean into bizarre and seemingly mismatched concepts, to go offbeat sometimes. With Englehart, it’s finding just the right balance between character and plot, at which Steve excelled.