You decide the winner! 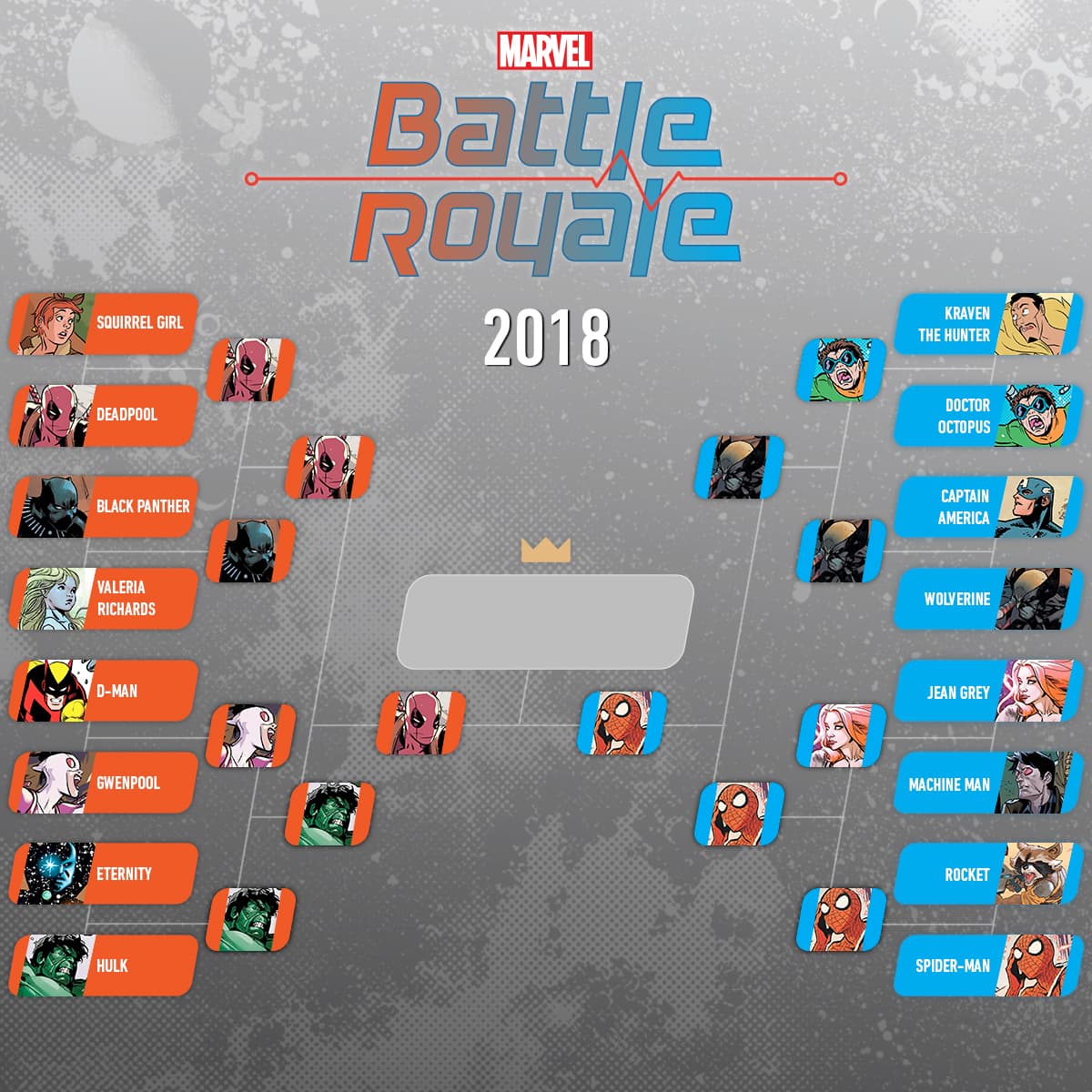 Today, the Marvel Battle Royale 2018 comes to its dramatic conclusion as Tom Brevoort's mercenary faces off against Devin Lewis' web-slinger... 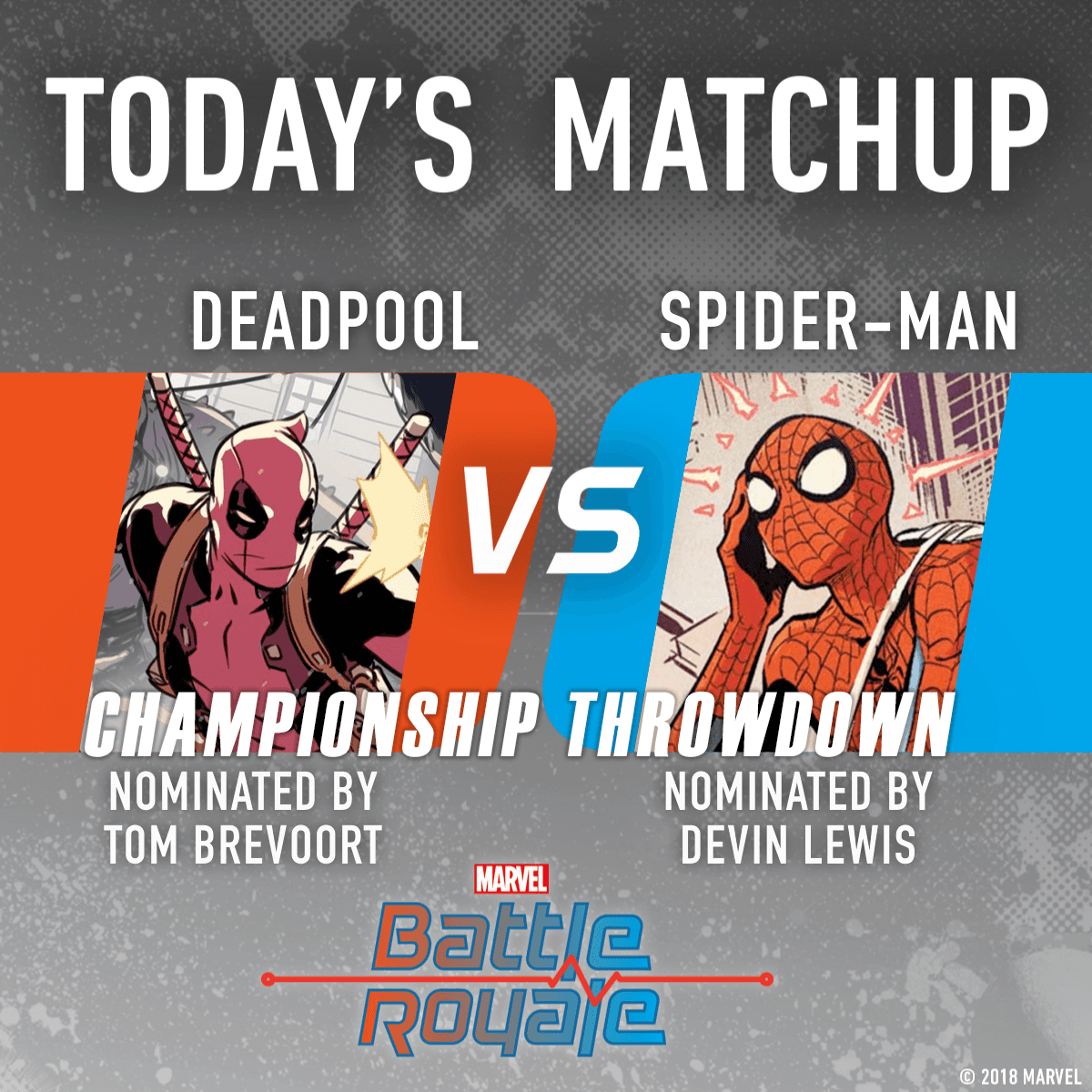 "In honor of the championship round, I wrote a haiku...

"'Your uncle is dead,
Your aunt makes bad casserole,
I don't care about the traditional structure of haikus,
Deadpool is going to win,
Okay bye.'"

And here's Devin's riposte on behalf of...

"The militaristic might of Rocket Raccoon wasn’t enough. And a lot of you out there thought Jean Grey would find her way to telekinetic triumph. Wolverine’s claws nearly sliced him and diced him, but here he is–THE AMAZING SPIDER-MAN–in the finals at last.

"What? Were you expecting someone else?

"And his opponent this time? A gun-slinging, grenade-lobbing Canadian. Sure, Deadpool’s got a healing factor that surpasses even Wolverine’s, but Spidey’s got it all–intelligence, speed, strength, agility, and his Spider-Sense. Y’all really think the Regeneratin’ Degenerate can take out a target who can dodge bullets and blades a like?

"Wade Wilson may be the Merc With a Mouth, but Deadpool ain’t got a shot against the WORLD’S GREATEST SUPER HERO!"

Decide who becomes the champ by voting below!

Stay tuned to Marvel.com and @Marvel for the results of the championship match!