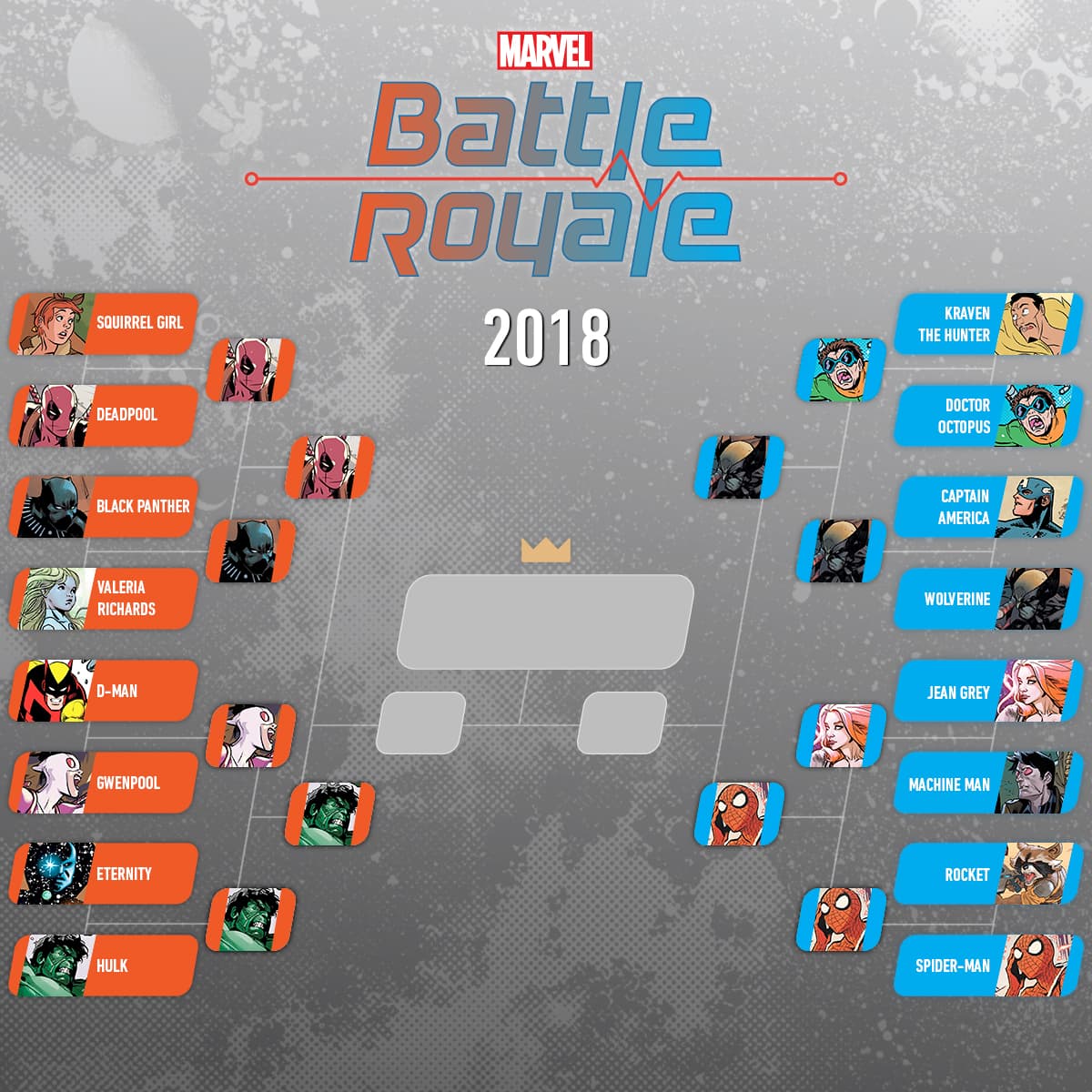 Yesterday, the first semifinal saw Peter Parker go up against Logan Howlett, and the one to emerge was... 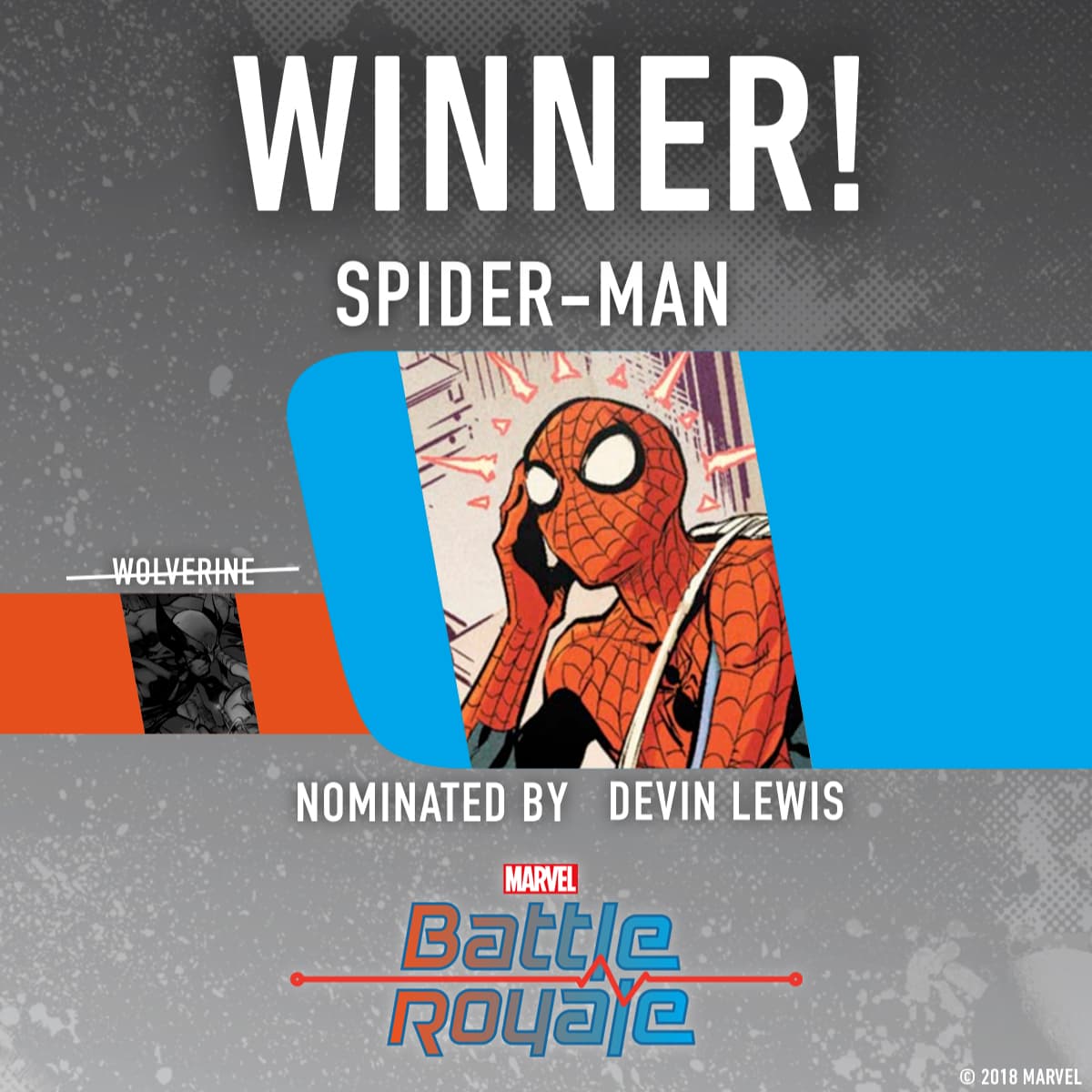 Who will meet the wall-crawler in the championship match? Today, the second semifinal goes down, and it's Jake Thomas' towering titan versus Tom Brevoort's blustering butcher... 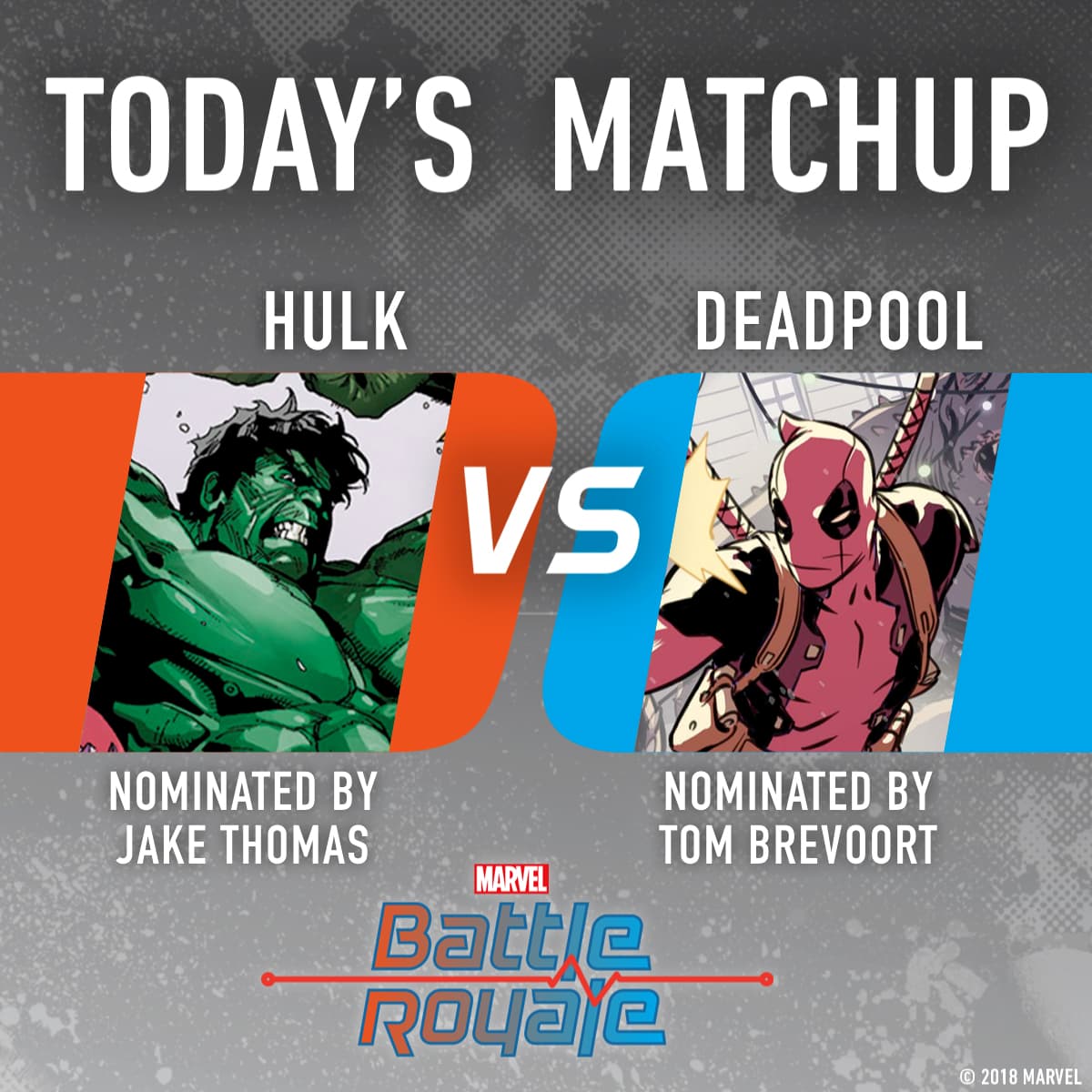 Not only did the editors nominate their own gladiators, they've also laid out exactly why you should be on their side! Here's Jake's throwdown on behalf of...

"I know what some of you might be thinking. “Wade wins because of his healing factor, you can’t kill him!” Well, (A) this isn’t about KILLING, this is about BEATING, and (B) Hulk beats Deadpool. Up and down the street, with his hands and with his feet, on a train, on a plane, in a boat, in a moat. Hulk. Beats. Deadpool.

"Sure, Wade heals. So does Hulk. But guess what? Bullets and swords don’t hurt a Hulk. Hulks hurt a Deadpool. A LOT. Hulk gets stronger the angrier he gets, and making people angry is exactly what Deadpool does. He can’t help it! Hulk beats the ever-loving stuffing out of Wade, no contest.

"I like Deadpool. I edit Deadpool! So believe me when I tell you this: Hulk beats Deadpool.

"Also, just between us friends, on a meta-gaming level we cannot let Brevoort win this thing. Let there be some justice in this world."

"Since the dawn of our species, humankind has been plagued with myriad questions of great consequence. They started at their most basic: How will we survive the night and tame these harsh lands to meet the growing demand for life?

"As our need for connection grew, the questions broadened in scope: How will we cross the oceans and continents that lay before us to commune with our kind and form a rich tapestry of culture and civilization for generations to come?

"Infinite questions, and infinite solutions. Each starting as a paralyzing conundrum, eventually taking us to new heights of physical and psychological wonder. Truly, we have accomplished so much in our relatively short time here in the cosmos, due in part because not once has the following question ever been asked: Could the Hulk even come remotely close to ever beating Deadpool?

The Marvel Battle Royale 2018 takes place every day throughout the month of November! Stay tuned to Marvel.com and @Marvel for the championship match!