When a group of teenagers realized their parents belonged to the evil organization known as “The Pride,” they hit the road seeking answers, only to discover powerful abilities, adventures, and allies. With the new season of “Marvel’s Runaways” now streaming on Hulu, learn more about these extraordinary youths with incredible powers! 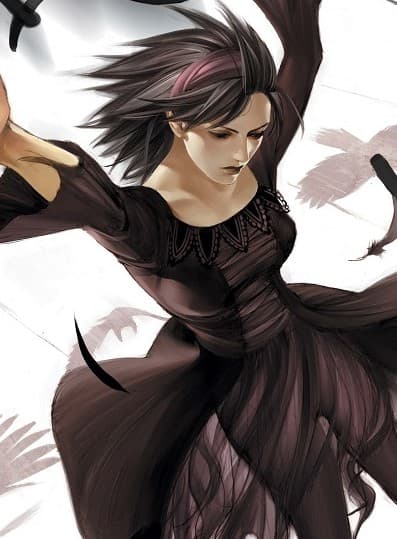 The daughter of two dark wizards, Nico possesses the ability to conjure magic, thanks to the Staff of One. Originally used in an attack on Nico, her body absorbed the staff and she can only retrieve it when she bleeds. Thanks to her abilities, intelligence, and integrity, Nico becomes the leader of the Runaways.

Daughter of two famous Hollywood members of the Pride, Karolina is the only member of the Runaways who didn’t see her parents’ role in the murder of an innocent girl. When she discovers incriminating evidence on her parents, Karolina removes a bracelet they forced her to wear, only to realize the bracelet repressed the powers of flight and solar light manipulation!

The youngest member of the Runaways, Molly also never witnessed her parents’ sacrificing of an innocent girl and remains dubious of the rest of the Runaways’ motives. Her powers of superhuman strength and invulnerability first activate to save her mom from the Runaways, although she ultimately realizes her parents’ schemes and ends up in foster care once they are defeated.

The oldest of the Runaways, Chase’s abilities come from his innate athletic skills, which are heightened by a pair of powerful energy-conjuring gauntlets and boots, originally designed by his inventor parents. Chase’s resourcefulness provided the gang with their first hideout, “The Hostel,” and his defiant nature earned him the nickname “Talkback.”

The Runaways have everything they’ve experienced to blame on Alex, who originally came up with the idea of spying on their parents, only to discover their evil plans. Alex is the most independent member of the group who keeps his distance from the rest, preferring to instead develop a strategy to defeat the Pride with the help of magical book the records the history of the terrible organization.

The least surprised of all the Runaways, Gert had assumed her parents’ villainous nature since the disappearance of her pet pig as a child. While abandoning her family, Gert discovers she has a telepathic link to a genetically engineered dinosaur, which she names “Old Lace.” To partner with her dinosaur and cut all connections to her family, Gert chooses to go by the name “Arsenic.”

A creation of the time-traveling Dean and Stacey Yorkes, Old Lace returned from the 87th century with a telekinetic link to the Yorkes’ daughter Gertrude. In addition to the mental link, Old Lace also had genetically designed protocols that prevented her from ever harming the Yorkes, something Old Lace found out the hard way.