For Kelly Thompson, chronicler of Rogue and Gambit’s romance in the recently wrapped pages of MR. & MRS. X, there was no slow and steady progression from casual comic book observer to full-blown fan.

“I was obsessed instantly,” she recalls of her initiation into the industry where she’d one day make a living. “I was never casual. I went all the way in, immediately. Within weeks of ‘discovering comics’ [I] began buying back issues in huge numbers—at first just X-Men and X-related books, but eventually comics of all kinds.” From comic book curious to X-obsessed to, now, modern Marvel superstar, Kelly counts CAPTAIN MARVEL, JESSICA JONES, and the Children of the Atom themselves among her latest projects.

So with all that to talk about, we caught up with Kelly to relive the highs and lows of a period in comics history that holds influence over so many of today’s top creators!

The first floppy comic I ever read was UNCANNY X-MEN (1963) #290 with that gorgeous Whilce Portacio Storm cover. The second floppy I ever read was X-FORCE (1991) #3. These were comics that my brothers excitedly brought home from the mall one day not long after we saw X-Men: The Animated Series for the first time. My own trip to the mall comic book store and a copy of X-MEN (1991) #1 quickly followed of course. I was in love.

Do you recall where you got your comics as a kid?

Most of the shops I went to as a teen—and I hit up a lot of them!—were great. I went to Dr. Volts Comics quite a bit, but my primary shop where my hold was, was called Night Flight Comics.

When and why did you start thinking about writing comics for a living?

This was also pretty immediate. I had long wanted to be a writer and comics was this intoxicating blend of writing and art. I wanted to create comics as soon as I discovered them.

When you think of Marvel in the '90s, what comes to mind?

Who are your favorite Marvel characters you most closely associate with that era?

Because of how I came in it’s mostly X-Men. Blue and Gold teams were my everything—Rogue, Gambit, Cyclops, Jubilee, Psylocke, Wolverine, Storm, Bishop. Not long after discovering X-MEN and UNCANNY X-MEN I fell for the Super Hero meets comedy of Chris Claremont and Alan Davis’ EXCALIBUR (1988) and Peter David and Larry Stroman’s X-FACTOR (1986) also made a big impact. It took a while for me to get into things beyond X-Men—there was so much to get caught up on.

Who were the creators you admired and looked up to from this period?

All the big X-stars! Jim Lee, Chris Claremont, Andy Kubert, Jae Lee, Fabian Nicieza, Alan Davis, Larry Stroman, Mark Waid, Joe Quesada. And I have to give credit to Fabian Nicieza for single-handedly turning me around on Cyclops with X-MEN #44, a super smart character-driven issue. To this day it reminds me that it just takes one great story to turn someone around on a character.

What are the best Marvel books and stories that came out in the 1990s?

Well, I’m ride or die for Gambit and Rogue, so I lived for their—usually B-plot—stories running through X-MEN and UNCANNY X-MEN; I could never get enough of them. AGE OF APOCALYPSE was a game changer for me. I was still reasonably new to understanding comics and what kind of stories you could tell—what the limitations were—and AoA really blew my mind on that front; alternate realities where all my beloveds were seen through a different lens. That really did change everything for me. But I do think Claremont and Davis on EXCALIBUR and David and Stroman on X-FACTOR were stories [that] left some of the longest lasting impressions on me. They really changed how I thought about Super Hero stories and still influence me today. 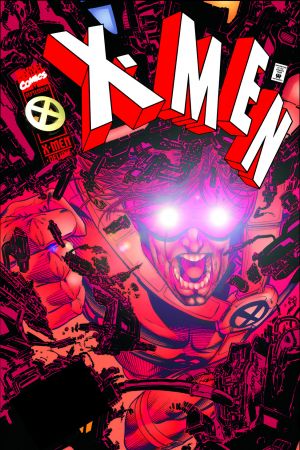