Learn more about the villains getting tangled in the Spider-Geddon web!

As the Spider-Geddon rages across universes the villains at the eye of the maelstrom, the Inheritors come into sharp focus. They’re a clan or family of immortal hunters dedicated to tracking, subduing, and utterly destroying animal and human totems on every Earth, but with a particular interest in spider-beings.

The following guides will help in identifying these nasty creatures. If any Inheritors make incursion in your reality, do not engage. Please notify your local spider-hero immediately. 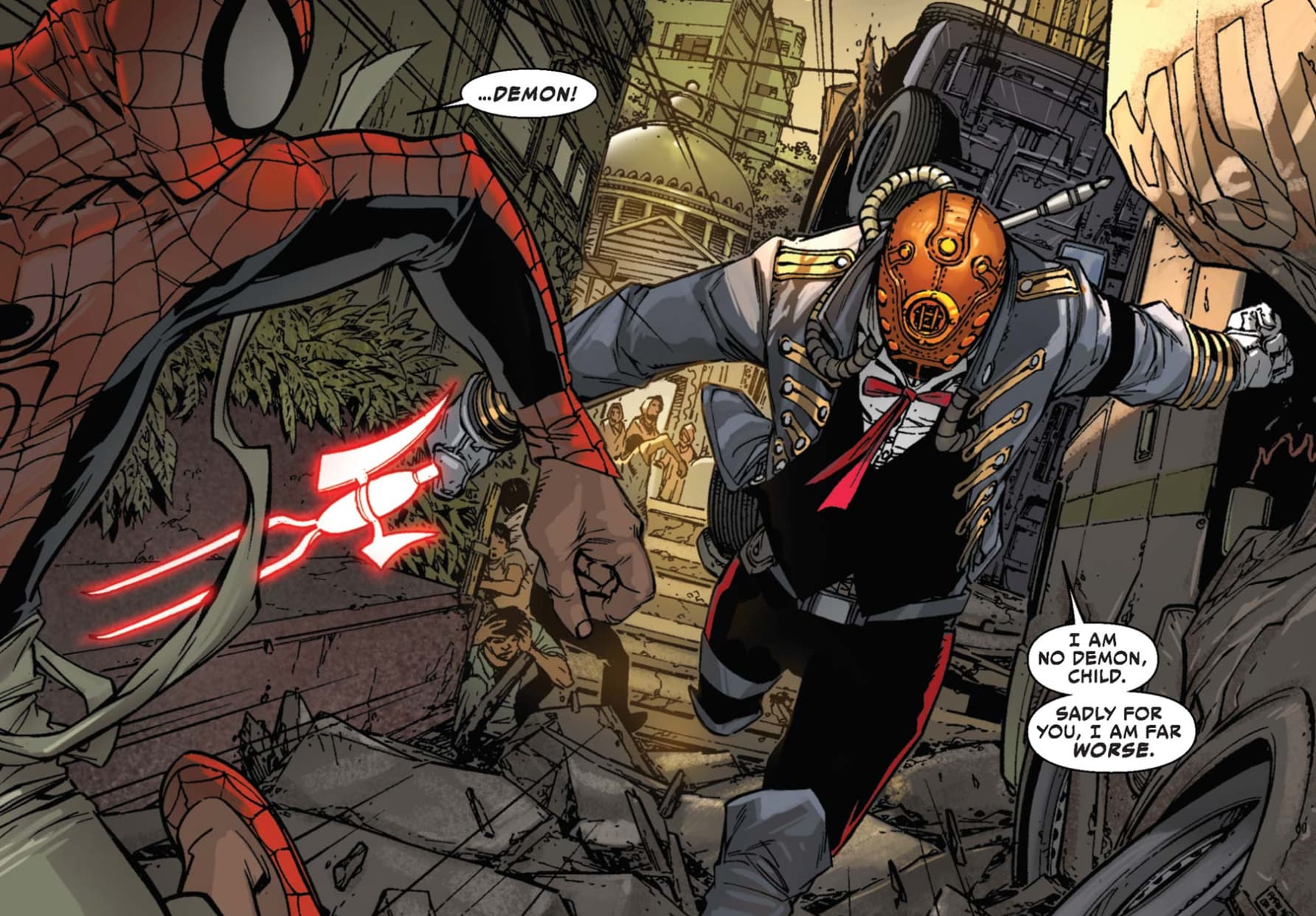 The Inheritor known as Karn stood out from among his family of killers not only for the strange, red mask his father forced him to wear and his military-style jacket, but for the singular, distinctive repulsion he felt for the Inheritors’ mission of destruction across universes. Because of this, Karn’s destiny traveled down a different path than his siblings.

Not fitting in well with the others, Karn hunted spider-heroes and spider-totems as they did, but took no pleasure in it. Instead, he utilized his Inheritor strength, speed, reflexes, and cunning to kill these beings, but secretly yearned to create rather than destroy. His father Solus blamed Karn for the death of the Inheritors’ mother, and so lived most of his life with his face hidden behind a mask.

After a time on his own, he began to believe he might earn his place back among his brethren by upholding the Inheritor mission and racked up an impressive number of kills to that end; he even asked Solus to reinstate him into the family. When members of the so-called Spider-Army, which organized to stop the Inheritors’ march of death, confronted Karn, they gave him a new outlook and a way to absorb life-energy to survive, but not actually kill to acquire it. With this approach, he took on the role of the Master Weaver, enemy of the Inheritors, and manipulated the Web of Life and Destiny until his identification as a spider-totem and ultimate end at the hands of his sister Verna. Ironically, the Master Weaver existed as the future-self of Karn. 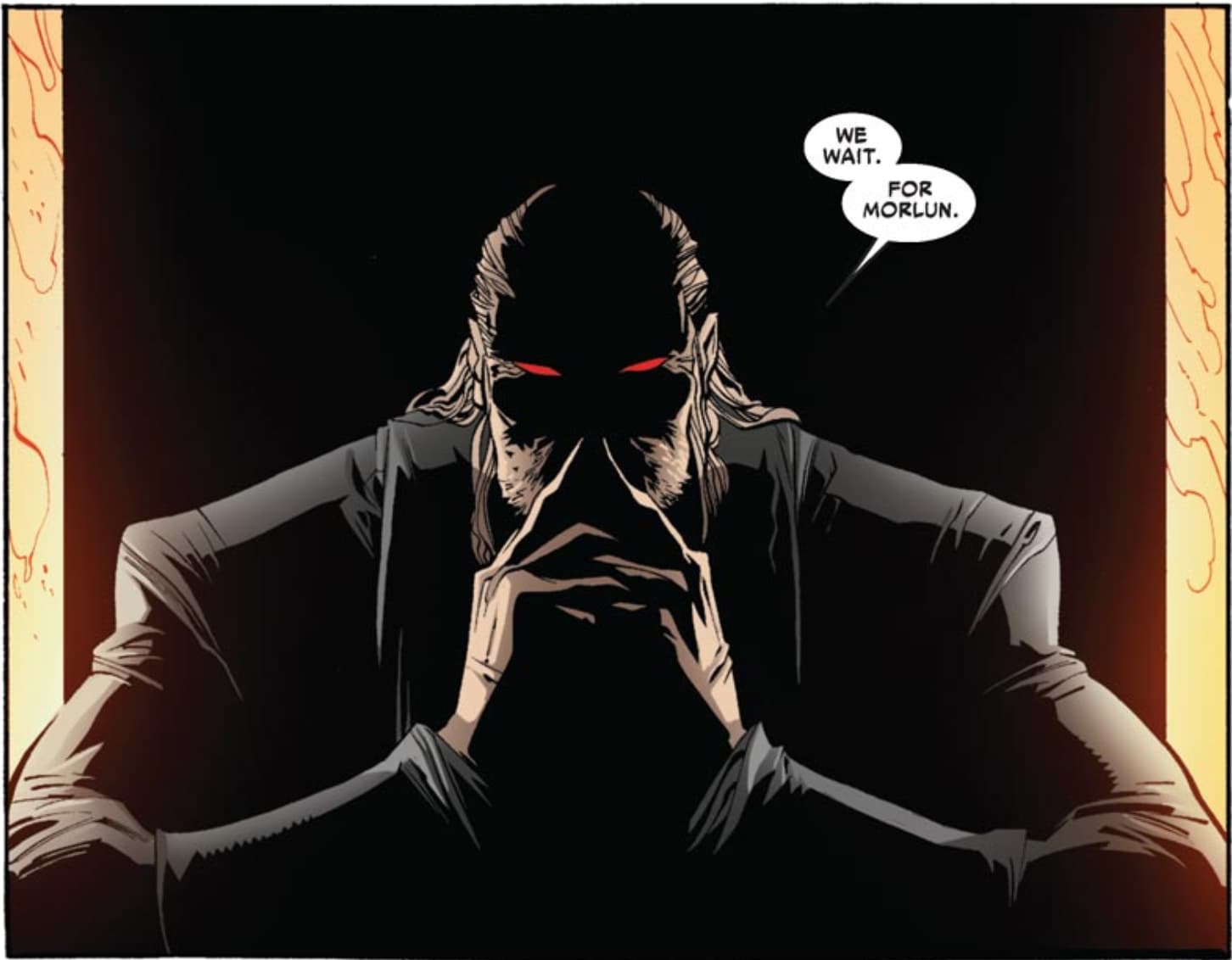 The patriarch of the Inheritors, Solus appeared as a large male human with glowing red eyes, grey hair, and an evil disposition. Radiating power and authority, he led his sons and daughters on their mission to destroy spider-heroes across multiple universes.

Solus lost his wife long ago when the Inheritors captured their foe the Master Weaver and he charged his son Karn with putting an end to the being’s life. Karn could not comply due to his inner turmoil and Solus not only cursed him with a mask to wear forever, but exiled him from the family. Later, he called the Inheritors together to preside over a feast of spider-heroes and inform his progeny of their new mission to gather spider-totems for an evil ritual. Following the family’s abduction of one of the totems, the Scion, the spider-hero called Kaine arrived at Solus’ homeworld of Earth-001 and slew him. His essence came to rest in the hands of his son Jennix the cloner, but could not transmit to a new body due the previous destruction of the Inheritors’ cloning machine.

Solus possessed all the speed, strength, stamina, and invulnerability of his family, but with a higher degree of life-energy absorption ability. He demonstrated this when he murdered Cosmic Spider-Man and drew the hero’s vast and powerful Enigma Force into himself, something most likely too much for his sons and daughters to do. 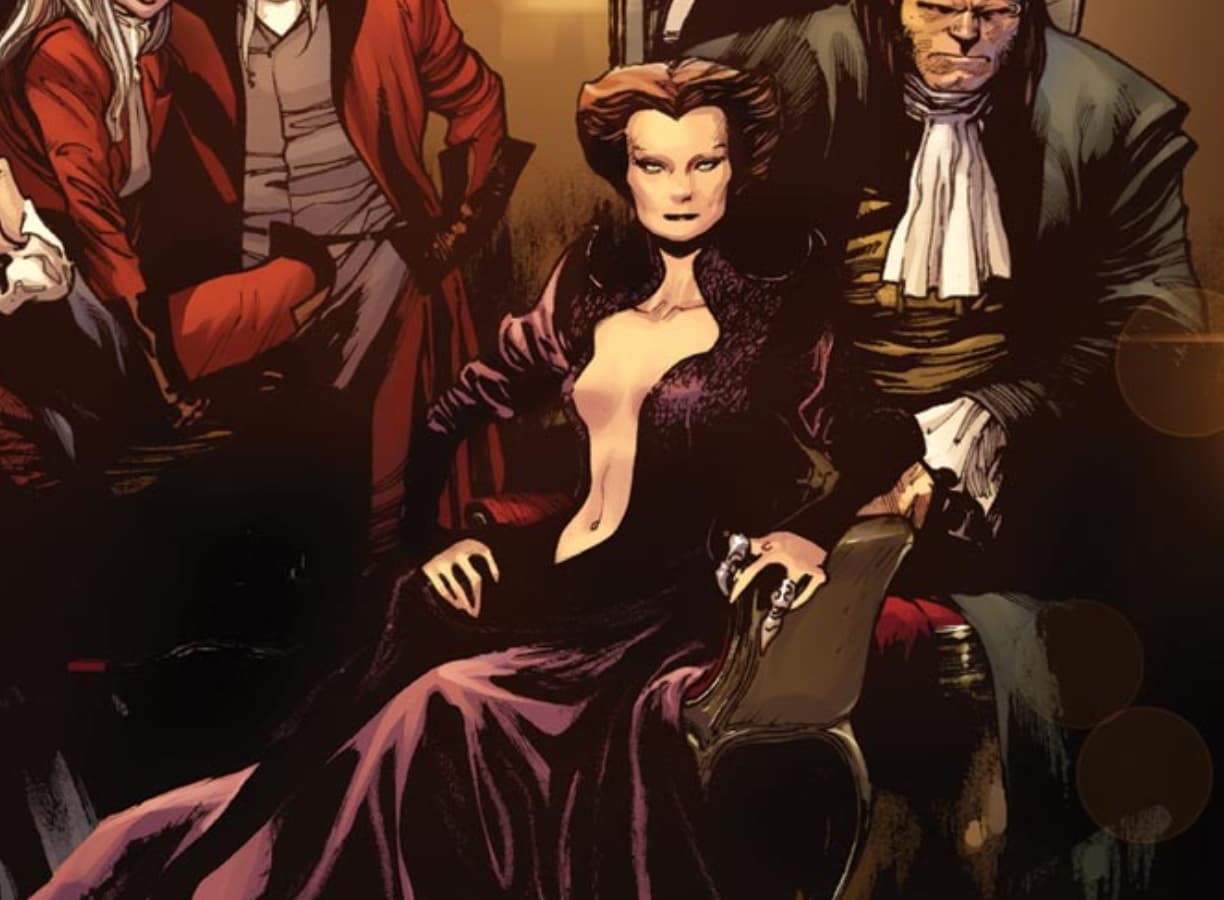 The daughter of Solus and one of only two female members of the Inheritors, Verna appears as a severe woman with an upswept hairdo, cold eyes, and a frosty manner. She sometimes utilizes flying beings she calls her “hounds,” but which look similar to the Spider-Man of Earth 616’s longtime foe the Green Goblin.

Verna can absorb the life-energies of the living beings she hunts just as her Inheritor siblings, and also possesses their same great strength, speed, and constitution. She also may claim their weakness to exposure to radiation and a personal penchant for hunting young prey.

In one grand excursion, Verna battled and killed her brother Karn, who’d been exiled from her family by their father Solus for the death of the Inheritors’ mother.

Stay tuned to Marvel.com for everything you want to know and more about Spider-Geddon!

Earn Points, Get RewardsJoin NOW!
In this article: Spider-Geddon

Spider-Man joins the fray as Steve Orlando’s three-part saga rages on in April!