Have you tried Marvel Unlimited yet? It’s your all-access pass to over 28,000 Marvel comics, available at your fingertips. Sign up now to enjoy your favorite stories sooner, just three months after they’re in stores!

From ferocious Wookiee warriors to the deadliest Trandoshan hunters, read up on the most ruthless rogues, mercs, and credit-seekers from Star Wars’ comics universe.

All of Marvel’s Star Wars titles, including STAR WARS: BOUNTY HUNTERS, are instantly available with a Marvel Unlimited membership. Join today to enjoy these stories and many more.

Here’s who makes the cut.

He is known throughout the galaxy as Boba Fett, the most famed (or notorious) bounty hunter in the Outer or Inner Rims. The clone of renowned warrior Jango Fett, Boba was raised from infancy to be the perfect hunter in Mandalorian armor—surrounded by an aura of mystery, and only seeking work from the highest bidder.

Rebel scum and scavengers stand little chance at escaping Fett’s expert pursuit. With a near perfect track record (and a warrior’s arsenal aboard his  ship), Boba has been sought out by clients from within, and outside, the Empire.

Long and short of it: he is a mercenary of indiscriminate taste.

You may know how Boba Fett died, but you need to know how he lived. Read our favorite Boba Fett comics here, or start with STAR WARS: BOUNTY HUNTERS (2020) #1 for his most recent reconnaissance alongside Beilert Valance and Bossk.

[RELATED: The Many Hits of Boba Fett]

Jango Fett’s reputation may precede him, but one thing is clear: he does not want you to know the full story. Active during the Age of Republic, Jango Fett was a solitary figure, clad in the distinctive armor of a Mandalorian Warrior. He became known for a certain “graceful, cold-blooded dexterity” while unloading his blaster, respected and feared by bounty hunter and outlaw alike.

Aligned but not belonging to any one guild, Jango collected allies over the years, including infamous pirate Hondo Ohnaka and Aurra Sing. But Jango’s proudest achievement was the son he left behind. Read about the dangerous dad-son duo in STAR WARS: AGE OF REPUBLIC - JANGO FETT (2019) #1.

A reptilian mercenary who has worked with just about everyone. Bossk is a natural predator, and rumors persist that he even trained Boba Fett.

After gaining a few friends on Tatooine, Bossk expanded his clientele immeasurably, eventually drawing the attention of Darth Vader. In Star Wars: Episode V The Empire Strikes Back, Bossk appeared in competition to Boba Fett, both after the same bounty aboard the Millennium Falcon.

Like many in his career, Bossk is discrete about details from his past. We do know that his father is Cradossk, a bounty hunter of some note. And, like many who have chosen the gig, Bossk has history.

In STAR WARS: BOUNTY HUNTERS, Bossk, Boba Fett, and Beilert Valance enter a collision course while tracking the Galaxy’s Most Wanted. Set immediately after “The Empire Strikes Back,” Bossk is bitter. Don’t miss issue #3, a “the past always catches up to you” battle against Valance. Continue the series weekly on Marvel Unlimited. 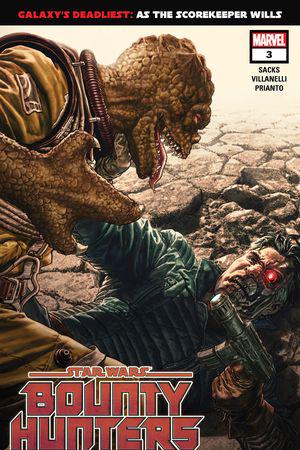 Aurra Sing is far removed from any past ties to the Jedi Order. At least that’s what she tells herself.

A fallen Padawan, Sing was abandoned by the Force (and a mysterious Jedi Master), setting her on a course of thieving and sniping for life.

Half-human from her mother’s side, the species of Aurra’s father remains a secret. Whoever he was, he gave Aurra a remarkably long life span. Fortunately or unfortunately, Tobias Beckett took care of that.

With powerful associates ranging from Darth Maul and Jango Fett, Aurra’s ledger is stacked. She was also a mentor to Boba Fett, training Jango’s son in the fine art of killing. 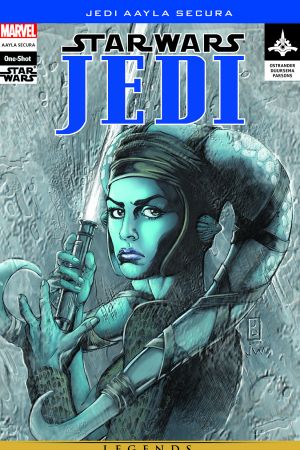 Like Bossk and Boba Fett, assassin droid IG-88 was also sought out by Darth Vader to take in the Millennium Falcon and her crew. Because Fett ultimately won the bounty, he became IG-88’s top rival, leaving the droid for scrap metal in what we’re guessing was a notable encounter.

STAR WARS: AGE OF REBELLION SPECIAL (2019) #1 tells the origin of this deadly machine obsessed with perfection.

“Some say it killed its own creators. Some say it reprogrammed itself to recognize no master.” Find out which is true. 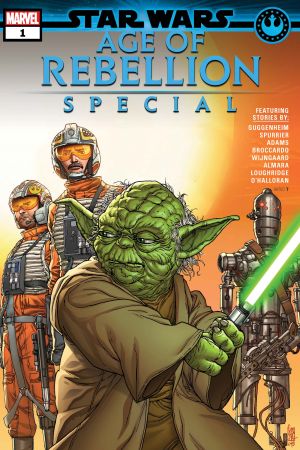 Zam Wesell can strip and assemble an EE-3 blaster rifle in less than six seconds. She can also change her face.

A Clawdite with a natural ability to shape-shift, one of Wesell’s most useful tactics was to switch up her appearance(s). She’s most well-known for accepting a bounty on Senator Padmé Amidala on Coruscant, a hit that was botched by Jedi Knight Obi-Wan Kenobi and Anakin Skywalker. But it was Jango Fett who killed her.

In Star Wars comics lore, Zam’s backstory has been expanded. While she did collect contacts far and wide, Jango was a frequent partner, as seen in STAR WARS: ZAM WESELL (2002) #1 and STAR WARS: JANGO FETT (2002) #1.

For her true face, re-watch Star Wars: Episode II Attack of the Clones on Disney+.

You can also call him “Santy.”

An ally and friend to archeologist Doctor Aphra, Black Krrsantan is a former employee of Jabba the Hutt, once commissioned to take out Jedi Master Obi-Wan Kenobi himself. Kicking up some sand in the dunes of Tatooine, Santy and Kenobi got the drop on each other, as plucked from Obi-Wan’s journal in STAR WARS (2015) #20. Our favorite battle to date has to be STAR WARS (2015) #14, a Black Krrsantan/Chewbacca brawl that almost incapacitated Solo’s best friend.

A renegade son of Kashyyyk, Santy left behind his planet to explore disreputable worlds beyond, briefly losing his freedom to the Xonti Brothers, a duo of traffickers who tortured and trained him as a gladiator.

Did you know that this Imperial captain-turned-cyborg soldier-for-hire has a comics history stretching back to 1978? Valance first appeared in STAR WARS (1977) #16, on the lam from a past that claimed most of his human body parts. Continue through issue #29.

By STAR WARS: TARGET VADER (2019), Valance had set aside his animosity for droids, aligning with an underground crime syndicate called the Hidden Hand. Since Valance had nothing better to do than drown his misery in BG-RT’s Tavern swill, he accepted a bounty from this new, shadowy guild—an order to kill Darth Vader himself.

Read Valance’s starring series today to learn more about this cybernetic commando, including his traumatic ties to the Darkest Lord of the Sith. 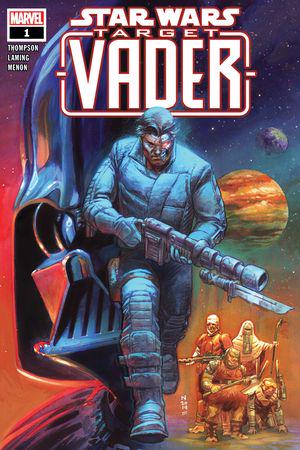 It’s unfortunate that Greedo is mostly known for meeting a swift end in a Mos Eisley cantina. This Rodian bounty hunter had an “illustrious” career as hired muscle to Jabba the Hutt, even travelling off-world for his gargantuan mob boss. Greedo may have sometimes called the wrong bluffs or made the wrong calls, but his confidence is what sells.

In STAR WARS: GALAXY'S EDGE (2019) #2, Greedo was shipped off to Mygeeto to wipe out the Chairman of an InterGalactic Banking Clan. Greedo may have walked away bounty-less, but he did snag a consolation prize: the lightsaber of legendary Jedi Master Ki-Adi-Mundi.

Court is in session Thursday, August 18.