While some celebrate those teeth-filled fish with fins, we here at Marvel have decided to showcase the armored hero who always wins (well, most of the time). Welcome to the wonderful world of Stark Week as we set sail on a five-day journey focusing on Tony Stark's best moments in his 56-year career!

To kick the festivities off, let's dive in to some of Stark's greatest stories over the course of his nearly six decades in Marvel Comics. Iron Man made his initial bow about a year into the nascent Marvel Universe in 1962 when he made his first appearance in TALES OF SUSPENSE #39. He began racking up a wild rogues gallery and the following year, he co-founded the Avengers! Since then he's gone on to become not just one of the smartest people on the planet, but a lynchpin player in just about every mega-event. Here are the seven stories you definitely need to read!

Debuting in TALES OF SUSPENSE #39, Iron Man came to life thanks to Stan Lee, Larry Lieber, and Don Heck. While dealing with Communists and Vietnam, weapons manufacturer Tony Stark was ambushed in the jungle by Wong-Chu and his men then imprisoned with a chest full of shrapnel. His captors wanted Tony to build weapons for them, but instead he worked with Professor Yinsen to build the original Iron Man armor to escape. Over the next several issues Stark repainted and then fully redesigned his armor, fought an alien robot, confronted communism and tangled with Jack Frost, Crimson Dynamo, Melter, and the Mandarin. For a more modern retelling of these early days, you can also check out IRON MAN: SEASON ONE by Howard Chaykin and Gerald Parel. 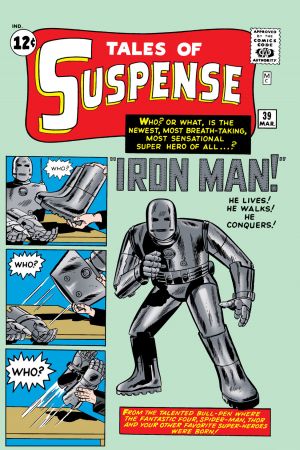 Demon in a Bottle

Stark's adventures carried on into IRON MAN which launched in 1968. Down the line, David Michelinie and Bob Layton teamed up for an epic run that included the classic "Demon in a Bottle" story which originally ran in IRON MAN #120-128 in 1979 with art by John Romita Jr., Layton, and Carmine Infantino. Over the course of their run, Tony dealt with S.H.I.E.L.D. trying to buy his company and problems with his armor thanks to Justin Hammer's machinations, which included framing Iron Man for the murder of a U.N. ambassador. Feeling immense guilt over the death, Tony turned to the drink, but he sobered up to go after Hammer and take on an army of villains. After a series of drunken exploits that led to Jarvis quitting and a fight with Bethany Cabe, Tony realized the extent of his problem and decided to get help, setting up a struggle he's dealt with ever since. 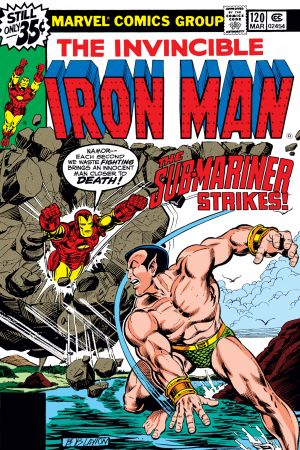 Nearly a decade later, Michelinie and Layton worked with M.D. Bright and Barry Windsor-Smith to craft another classic yarn: "Armor Wars!" This story ran between 1987 and 1988 in IRON MAN #225-232 and focused on Stark flying around the world in an attempt to stop everyone else from using Iron Man tech with some help from Scott Lang. This led him into confrontations with villains like Titanium Man, Doctor Doom, Crimson Dynamo, and Beetle as well as heroes like Stingray and even S.H.I.E.L.D.'s Mandroid security armors. Shellhead's tunnel vision about regaining control of his intellectual property led to some brutal attacks that caused S.H.I.E.L.D. to demand Stark turn over Iron Man and the West Coast Avengers to rescind his membership. To take out one last enemy, Firepower, Stark developed the Silver Centurion armor to take him out.

Over the next several years, Iron Man continued fighting the good fight. Readers met a younger version of Stark and then witnessed the Armored Avenger's apparent death at the hands of Onslaught. After returning from a pocket universe created by Franklin Richards, he returned to the Marvel Universe in 1998 thanks to Kurt Busiek and Sean Chen with a Patrick Zircher fill-in! The first 10 issues of 1998's IRON MAN not only re-established Tony Stark in the 616, but also pitted him against the likes of Deathsquad, the Dreadnoughts, Firebrand, and one classic villain behind it all that we won't spoil here. Along the way he also teamed up with old friends like Black Widow and Carol Danvers (then going by Warbird). This run excels at celebrating Iron Man's past while also laying new groundwork. 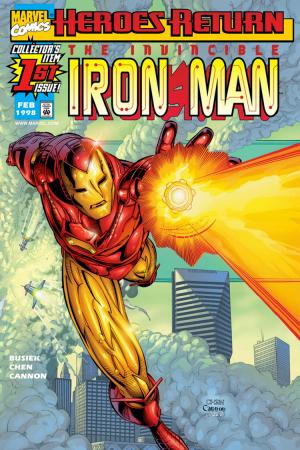 Speaking of groundwork, Warren Ellis and Adi Granov did some heavy lifting in that department with 2004’s IRON MAN series and the “Extremis” storyline. Those six issues updated Stark's origins for a more modern era, but also introduced the now ubiquitous Extremis idea, an update on the Super Soldier Serum created by Dr. Maya Hansen. Though it killed many who attempted to take it, it gave survivors incredible powers that made them nearly invincible. Iron Man attempted to fight one of the users with what he had, but realized he needed a modified version of Extremis that would allow him to make his armor an actual part of him. This move helped put Stark back on the bleeding edge of technology where he's been ever since. 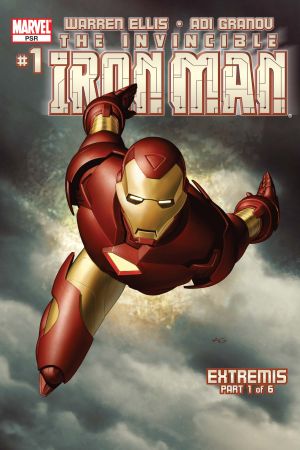 In 2006, Mark Millar and Steve McNiven launched a series called CIVIL WAR that still plays in to the Marvel Universe to this day. After a horrible Super Hero-related accident that killed children in Stamford, Connecticut, some people backed an idea called the Superhuman Registration Act which would require everyone running around in a costume to sign up with the government for training. Iron Man supported the idea along with Mr. Fantastic and Hank Pym (actually a Skrull imposter). However, Captain America and his camp did not trust the government with their identities. This conflict brought teammates and even families against one another leading to damaged feelings and relationships. Ultimately, Captain America surrendered, which led to the ratification of the Superhuman Registration Act. The powers that be rewarded Stark's efforts by making him the new director of S.H.I.E.L.D., a position he held until Norman Osborn became the surprise hero of the Secret Invasion, got a promotion, shuttered S.H.I.E.L.D. and created H.A.M.M.E.R.

After spending a great deal of time in a coma after CIVIL WAR II, Tony Stark came back to life in INVINCIBLE IRON MAN #593-600 by Brian Michael Bendis, Stefano Caselli, and Alex Maleev. From there, Dan Slott and Valerio Schiti launched TONY STARK: IRON MAN last year with a five-issue arc called "Self-Made Man." This tale set up the new Stark Unlimited, brought back classic Iron Man foes like Fin Fang Foom and the Controller, but also a killer supporting cast with as much to prove as they have to hide. The mix of A.I., sci-fi, big-league intrigue and stunning super-heroics make this the perfect Iron Man book for the modern era. 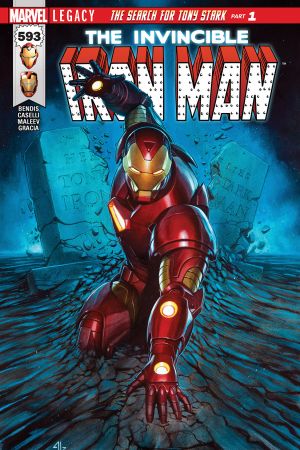 As a classic hero in the Marvel Universe, Tony Stark has experienced quite a journey since he donned his first Iron Man suit all those decades ago. Whether he’s running a company, a super group, an agency, or just his own personal workshop, Tony has proven to be one of Marvel’s most enduring genius playboy billionaire philanthropists!

Relive a few of Iron Man and Hellcat's best moments before he proposes to her in 'Iron Man' #20 this June.