Mary Jane appeared to suffer a dire fate, while the Green Goblin sought his revenge.

Hoping to patch up his marriage with Mary Jane in AMAZING SPIDER-MAN #13, Peter Parker attempted to see her off at the airport, but missed her. Later, her plane exploded in mid-air… 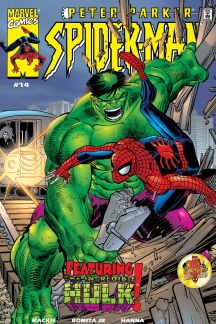 A mysterious phone call in AMAZING SPIDER-MAN #15 informed Peter of his wife’s survival in far-off Latveria, so as Spidey he jetted to the little European nation to clash with a Doctor Doom robot in PETER PARKER: SPIDER-MAN #15 and come up empty-handed in his search for Mary Jane. Returning from Latveria in AMAZING SPIDER-MAN #16, the “Parker Luck” continued with his eviction from his home and the loss of his new job at Tricorp. Meanwhile, Venom battled the Sandman in PETER PARKER: SPIDER-MAN #16 and delivered a vicious bite to the former criminal. 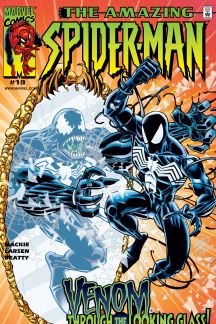 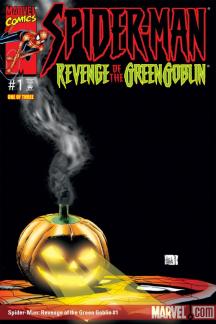 Soundtrack for Spider-Man: Beyond Amazing Exhibit Swings Onto Streaming