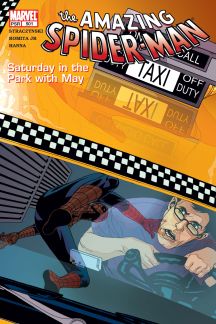 When an other-dimensional woman named Morlen claimed a human host on Earth in AMAZING SPIDER-MAN #503, the Asgardian god of mischief Loki took notice and decided to help Spidey defeat her. After their victory over Morlen in AMAZING SPIDER-MAN #504, Loki gifted the wallcrawler with a favor the hero could call in at any time. Later, Spidey worked with the Human Torch to fight Hydro-Man in FANTASTIC FOUR #512 and FANTASTIC FOUR #513. 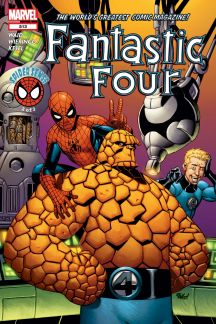 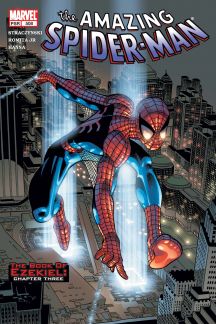 The webslinger joined with his fellow costumed crimebusters to confront Tony Stark over his strange behavior in AVENGERS #501, but when the alien Kree took advantage of the situation to attack New York, Spidey fought as hard as anyone to hold them off in AVENGERS #502. Afterward, he protected a handicapped man from Morbius the Living Vampire in SPECTACULAR SPIDER-MAN #14. 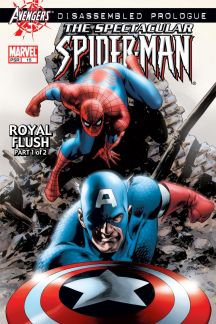 A letter from the late Gwen Stacy arrived at the Parker home in AMAZING SPIDER-MAN #509 with dire news of a secret the girl kept back from Peter while she lived. At Gwen’s gravesite, two shadowy figures attacked Peter and warned him of their wrath. In AMAZING SPIDER-MAN #510, Peter discovered the shocking identities of his attackers: Gabriel and Sarah, twins Gwen delivered while away in Europe, but now inexplicably adults. 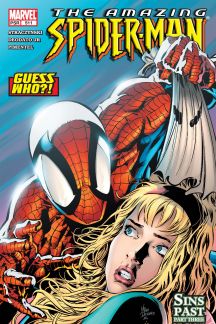