With Aunt May at death's door, Spider-Man once more dons the black costume! 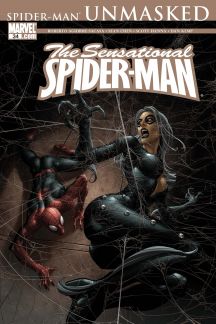 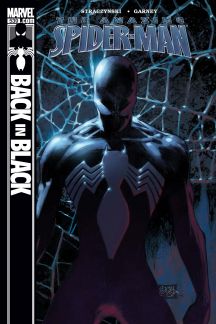 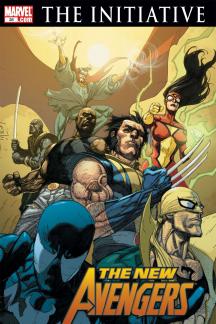 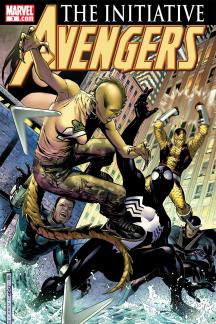 Following a confrontation with J. Jonah Jameson in FRIENDLY NEIGHBORHOOD SPIDER-MAN #23, our hero avoided capture by the young recruits of the new Initiative program in AVENGERS: THE INITIATIVE #3 and hung his head during the funeral of Steve Rogers in FALLEN SON: THE DEATH OF CAPTAIN AMERICA #5. A cop arrived at May’s hospital to investigate the Parkers in AMAZING SPIDER-MAN #543, forcing Peter to move her comatose form to another facility. He later demanded money for the mounting medical bills from Tony Stark in AMAZING SPIDER-MAN #544.

Still at wit’s end, Peter attempted an astral trip with Dr. Strange’s help in FRIENDLY NEIGHBORHOOD SPIDER-MAN #24 to solicit aid from a variety of sources to save May, but ended his journey in failure. Unsure of what to do, he listened to an offer from the demonic Mephisto in SENSATIONAL SPIDER-MAN #41 and contemplated the ramifications of accepting it…