It was a Brand New Day for Spidey, as he faced new foes like Mister Negative.

Peter and Mary Jane Parker weighed the demon Mephisto’s offer to save Aunt May’s life but wipe away their marriage in AMAZING SPIDER-MAN #545, finally deciding to accept it, and when Peter awoke the next morning he found himself single and poor again, and his aunt very much alive and well. 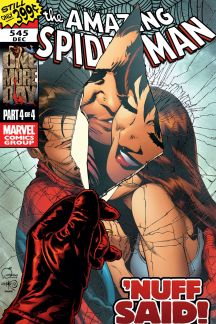 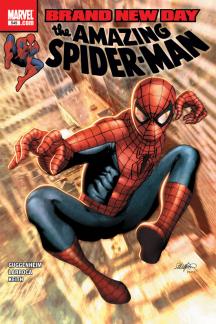 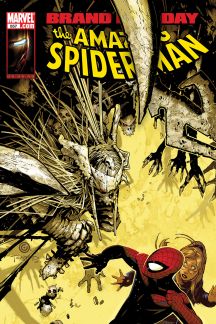 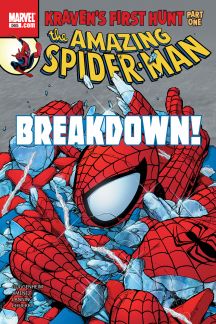 The wallcrawler borrowed a Daredevil costume from the Man Without Fear in AMAZING SPIDER-MAN #566 to track down Ana and Vin, and wound up fighting Vermin instead. Incredibly, Vermin then attacked Ana and defeated her in AMAZING SPIDER-MAN #567 to send her running back to her mother with her tail tucked between her legs. Menace kept right on menacing candidate Crowne, so in AMAZING SPIDER-MAN #568 he asked Norman Osborn and the Thunderbolts to address the situation. Meanwhile, Aunt May’s mysterious food kitchen partner Li laid his “healing” hands on former Venom host Eddie Brock. 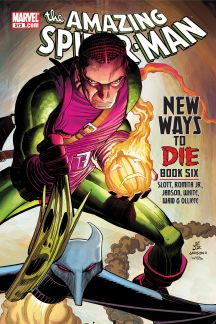