Worlds collide in Spider-Men and Avengers vs. X-Men! 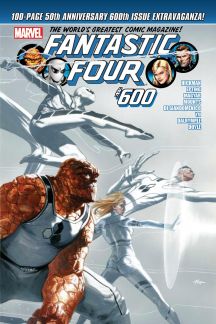 The wallcrawler confronted a monstrous Norman Osborn with his teammates in AVENGERS #24, then blasted into space with the Human Torch in AMAZING SPIDER-MAN #680 to tangle with Doc Ock’s octobots and zombie astronauts on an orbiting station. As its orbit decayed, the heroes moved to rescue the crew and themselves from the compromised station in AMAZING SPIDER-MAN #681. Back on terra firma, the webslinger learned of the incredible Phoenix Force’s approach to Earth in NEW AVENGERS #24, and stood beside the Avengers as they scrambled to head off Hope Summers, a young mutant targeted by the Phoenix, in AVENGERS VS. X-MEN #1 and AVENGERS #25. 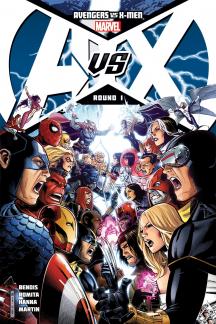 Mysterio opened up a portal to an alternate Earth in SPIDER-MEN #1, through which Spider-Man fell and met Miles Morales, the webslinger of that world. Captured by S.H.I.E.L.D. in SPIDER-MEN #2, Peter joined forces with Miles to push Mysterio back to his corner until the Ultimates arrived in SPIDER-MEN #3. Our hero made the sour acquaintance of the world’s May Parker and Gwen Stacy in SPIDER-MEN #4, and made it back to his own universe after defeating Mysterio in SPIDER-MEN #5. 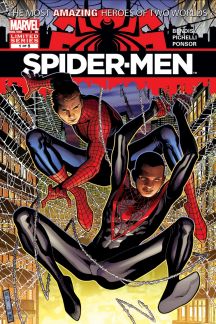 Spidey reflected upon Luke Cage and Jessica Jones’ departure from Avengers Mansion in NEW AVENGERS #31, but when the hero’s spider-sense malfunctioned due to Tiberius Stone’s device in AMAZING SPIDER-MAN #695, he juggled two battling Hobgoblins and the Kingpin in AMAZING SPIDER-MAN #696. Afterward, the Avengers received a distress call from the Microverse in AVENGERS #31, and the web-slinger stayed behind in Central Park as the team’s founders shrunk down into the subatomic realm to answer it in AVENGERS #32.

Here's everything you need to know about 'The End of the Spider-Verse,' which kicks off in Dan Slott and Mark Bagley's 'Spider-Man' #1.

With strange powers there must also come strange responsibilities. What would happen if Peter Parker became the Sorcerer Supreme?