Peter joins a new Avengers team, only to be replaced by Doctor Octopus' Superior plan. 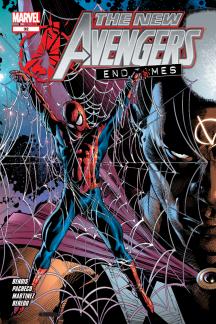 After the violent clash between two Hobgoblins in AMAZING SPIDER-MAN #697, our hero accepted membership on a new team in AVENGERS #1 and joined Captain America and others on a terraformed Mars to confront alien invaders in AVENGERS #2.

Otto Octavius swore to become a better Spider-Man than Peter Parker, so in SUPERIOR SPIDER-MAN #1 he took on a new Sinister Six with brutal will, not realizing Peter’s spirit still resided within him. He also created an deployed an army of “spiderbots” to help him in SUPERIOR SPIDER-MAN #2, while Carlie Cooper became suspicious of him. Back with the Avengers, he taunted Sunspot and Cannonball in AVENGERS #6 and witnessed the “White Event” that signaled the arrival of the Starbrand on Earth in AVENGERS #7. 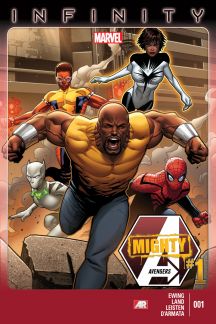