The Most Underrated Marvel Comic of the 1980s

Read 8 of the best issues of 'Marvel Fanfare' on Marvel Unlimited right now!

In the late ‘70s and early ‘80s, Marvel had an abundance of all-time great runs, including Frank Miller’s DAREDEVIL, Chris Claremont, Dave Cockrum, and John Byrne’s UNCANNY X-MEN, Walt Simonson’s THOR, and Byrne’s FANTASTIC FOUR. However, there was only one Marvel comic where the elite creators of the era could cut loose with single-issue masterpieces or the occasional multi-part adventure. That book was MARVEL FANFARE (1982), and it was the creation of editor Al Milgrom, who was an accomplished writer and artist in his own right.

Through 60 issues of the original MARVEL FANFARE, Milgrom recruited Marvel’s top creators for some unforgettable stories. This was Marvel’s prestige series, and it was published on high quality paper and without advertisements. At the time, getting to work on a MARVEL FANFARE story was quite an accomplishment in the industry. Nearly four decades later, these tales still withstand the test of time thanks to the outstanding writing and the visually stunning art.

To celebrate this classic series, Marvel.com is throwing the spotlight on eight of the best MARVEL FANFARE stories that you can read right now on Marvel Unlimited!

Into the Savage Land - MARVEL FANFARE #1-4

The series kicked off with a four-part serial by Chris Claremont and artists Michael Golden, Dave Cockrum, and Paul Smith. Spider-Man and Angel were drawn to the Savage Land to find the missing Karl Lycos and to help free him from his evil alter-ego, Sauron. However, the Savage Land Mutates’ plans were too big for even these heroes to handle, which forced the rest of the X-Men to stage a rescue alongside Ka-Zar. 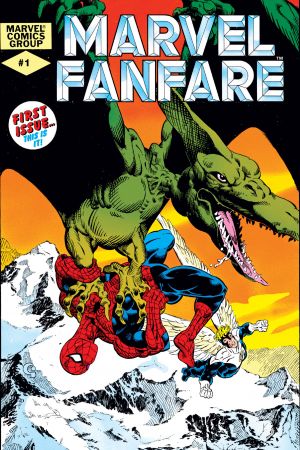 Mike W. Barr and artist Sandy Plunkett co-wrote this issue, but the inks by P. Craig Russell truly elevated this one-off tale. A sorcerer named Xandu attempted to use the Scarlet Witch to resurrect his lost love, Melinda. After placing Wanda Maximoff’s soul in Melinda’s body, Xandu couldn’t resist sending the Scarlet Witch’s soulless frame to get his revenge on Spider-Man. Unfortunately, Xandu’s bid to cheat the reaper horribly backfired, and it left him to face his own dark destiny... 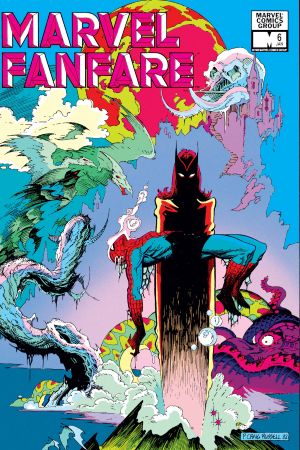 Steven Grant and artist Joe Barney’s contribution may have been a Hulk tale on the surface, but the story was really about the friendship between the Blob and Unus the Untouchable. Unus’ powers had become so out of control that only the Blob could get close enough to feed him; the Blob was also the only one who didn’t abandon Unus in his time of need. The pair ended up taking on the Hulk, with a little more success than usual. But the Blob was lucky that the devotion he showed towards Unus was truly reciprocated in the end. 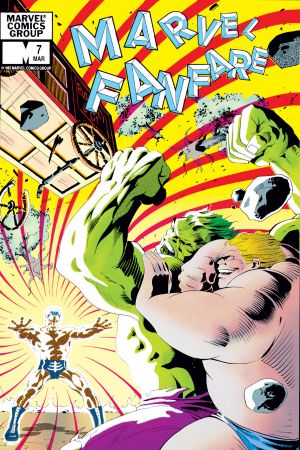 Black Widow may not have been a headliner in the ‘80s, but she starred in a dynamic four-part adventure by Ralph Macchio and artist George Perez. While Perez co-plotted the story, it was his thrilling artwork that breathed new life into Natasha Romanoff, while thrusting her into a globetrotting cloak and dagger tale. 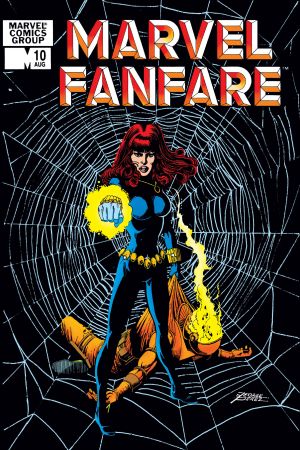 The Fantastic Four’s Thing has been plagued by Johnny Storm’s pranks for years. But Barry Windsor-Smith escalated that war in this issue. The Human Torch went all out to fool his friend on April Fool’s Day with a relentless barrage of cheesy jokes and traps. Windsor-Smith not only wrote the story, but he infused it with even greater humor in his phenomenal pages. This is one of the funniest Thing and Human Torch stories ever, especially for an ending that you never see coming... 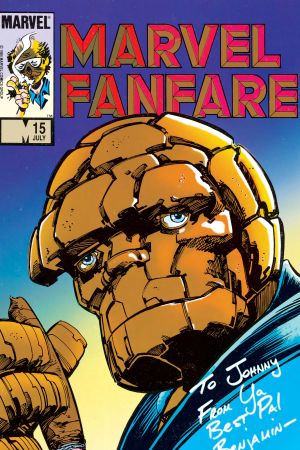 Normally, MARVEL FANFARE would have a back-up story or two. But for ish #19, Cloak and Dagger co-creator Bill Mantlo got the full issue alongside artists Tony Salmons, Rick Leonardi, and Kerry Gammill. This exquisitely illustrated tale follows Cloak and Dagger as their relationship seemingly hit a breaking point. The two heroes briefly went their separate ways before once again realizing that their powers of darkness and light needed each other to be complete. 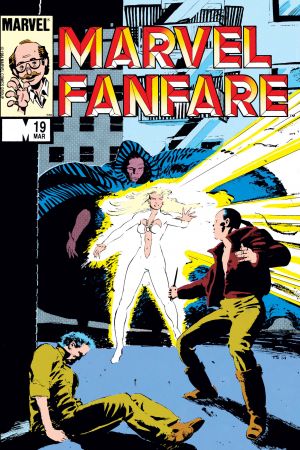 John Byrne took the opportunity to experiment with his one-shot Hulk tale—and he wrote and illustrated this tale entirely himself, stunning splash pages and all. The issue lulls the reader and the mindless Hulk into a false sense of security before two villains from his past attempt to get their revenge. But the issue’s surprises were far from over, and the final page proved that the Hulk still had a shred of heartbreaking humanity even when separated from Bruce Banner. 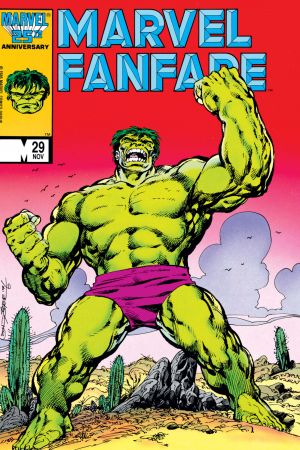 Where Soars the Surfer - MARVEL FANFARE #51

In the late ‘80s, SILVER SURFER (1987) finally gave the iconic hero a new ongoing series. But as Milgrom revealed in MARVEL FANFARE (1982) #51, the original plan was for Steve Englehart and artist John Buscema to team up for a 12-issue Silver Surfer miniseries. Work on that story had already begun before Englehart and artist Marshall Rogers were tapped for the Surfer’s ongoing run. But rather than let the miniseries’ completed first issue go to waste, Milgrom published it as an over-sized installment which depicted an alternate timeline where the Surfer did not escape his prison on Earth. However, he still found a strong emotional connection with Mantis, as well as her son, the Celestial Messiah. 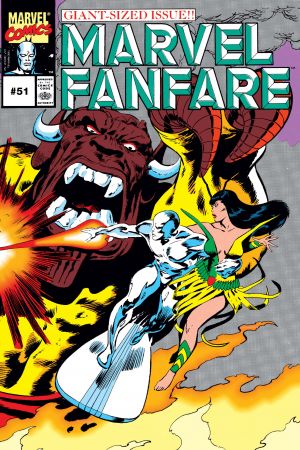 Read all of these mighty mags on Marvel Unlimited today!