The past decades have presented plenty of trials and tribulations for the heroes of the Marvel Universe. Heroes have fought heroes, teams have split down the middle, companions have turned on one another—all leaving wounds still healing to this day.

In the pages of 2010’s AVENGERS PRIME, writer Brian Michael Bendis and artist Alan Davis brought together three heroes—each with complicated histories and relationships with the others: Thor, Steve Rogers, and Iron Man. 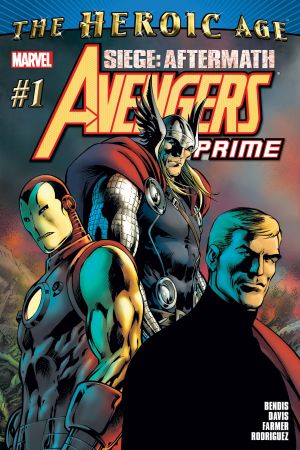 In the immediate aftermath of Siege—and a deadly Norman Osborn attack—the trio of Avengers stood amidst the rubble of Asgard in Broxton, Oklahoma. An argument between Stark and Rogers quickly broke out, leading to a brief fight, before a portal opened up and transported the group away, scattering them to different locations across the Nine Realms.

After surviving on their own, the three reunited to learn the new reality of their situation: Hela had taken control of the realms and summoned them to her for slaughter. As the heroes attempted to discover more about their unexpected journey, Hela schemed to make Mjolnir hers. To do that, she called forth Bor—father of Odin—to try and break the connection between Thor and his hammer. Unfortunately for her, that plan failed. 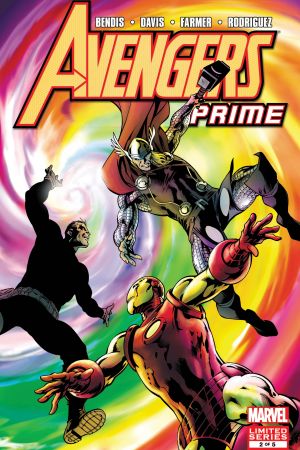 As a final battle brewed, Hela revealed that she possessed the Twilight Sword, which gave her the increased power she needed to commit these acts and even create a new world of her own devising. With armies now raised, Hela clashed with Thor, Steve, and Tony in a war of epic proportions. Hela even used Thor’s long-dead enemies in the fight.

Thor engaged Hela in a one-on-one battle, pitting Mjolnir against the Twilight Sword, leaving his foe quickly defeated. Then, grabbing hold of the Twilight Sword, he used its vast powers to return the Nine Realms to their previous states—before Hela gained control. 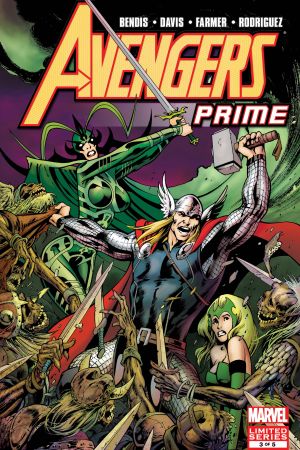 The communal relationship of the three great heroes’—strained by infighting in recent years—took a restorative step forward.

In this article: Hela

Flash from today's fateful 'Guardians of the Galaxy' #5 to the Goddess of Death's first-ever appearance!

Battle with the 5-star Goddess of Death!