Decide which editor gave the best throwdown and vote for the winner! 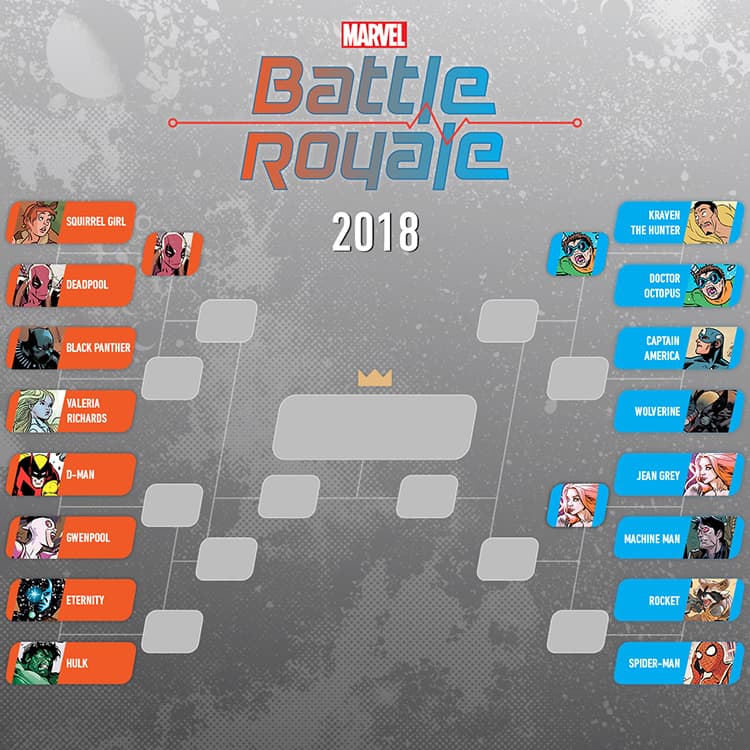 Last time around, Gwenpool took on D-Man, and the people chose...

Not only did the editors nominate their own gladiators, they've also laid out exactly why you should be on their side! Here's Darren's pitch for...

"As strong and as mighty as the Hulk is, he’s still just a mortal. And he is but an infinitesimal speck in the cosmic EMBODIMENT of the Marvel Universe that is…Eternity!! ‘Nuff said."

"You know what Eternity is? A long, vast stretch of cosmic nothingness. BORING. You know what’s not boring? A giant green monster who beats up anything that makes him mad. And just imagine for one second how mad Eternity would make the Hulk, talking all “you’re just an infinitesimal speck within my cosmic embodiment blah blah blah.” Oh man, if you were a giant green monster wouldn’t you just leap at the chance to punch the absolute mess out of that guy? Yes. You would. It would be awesome. And what’s Eternity gonna do? What Eternity has always done for all of existence: Just sit around, being a silly little punk, FOREVER. Hulk is the strongest one there is. Eternity is the boringest one there is. ‘Nuff said."

A double dose of 'nuff said! They really mean business.

The Marvel Battle Royale 2018 will take place every day throughout the month of November! Stay tuned to Marvel.com and @Marvel for the next match as Rocket takes on Spider-Man!

What's Next for Hell's Kitchen in ‘Daredevil’ #25?

John Mulaney Swings Into Marvel Contest of Champions as Spider-Ham