'Typhoid Fever': An Interview with Writer Clay McLeod Chapman and Artist Will Robson

As Typhoid Fever gets ready to hit Iron Fist, the creators talk about the first part of her journey!

Welcome to the second part of the Typhoid Fever crossover, Mary Walker fans! At the end of TYPHOID FEVER: SPIDER-MAN #1, Typhoid Mary's personality is center stage and controlling the web slinger with the unwitting help of Zachary (Codename: Amp). The X-Men, alerted to Amp's unique brand of destruction, rush to find him in TYPHOID FEVER: X-MEN #1. Then finally, on Wednesday, December 12, Iron Fist will contend with Mary in TYPHOID FEVER: IRON FIST #1.

Marvel.com chatted with Writer Clay McLeod Chapman about writing the Typhoid Fever crossover and Will Robson, one of the artists for TYPHOID FEVER: X-MEN #1.

Clay McLeod Chapman: First off—thanks for having us out to chat about all-things Typhoid. It’s been a total blast to write for Mary. She’s my queen. Hail Mary!

Marvel.com: Regarding Mary, how do you go about juggling her multiple personalities in not only one but three issues? What are the go-to character and world-building techniques that you've employed so far?

Clay McLeod Chapman: As far as world-building goes, I’ve got to bow down before the altar of Bendis. The very first Typhoid Mary story I ever read made all the difference: DAREDEVIL #46: Hardcore – Part 1. What Brian Michael Bendis did in that issue more than anything—for me, at least—was show the humanity behind Mary. Show her as a human being above and beyond anything else, more than I had ever seen from her before. There’s something equal parts heartbreaking and heart-stopping about her and I wanted to honor that. 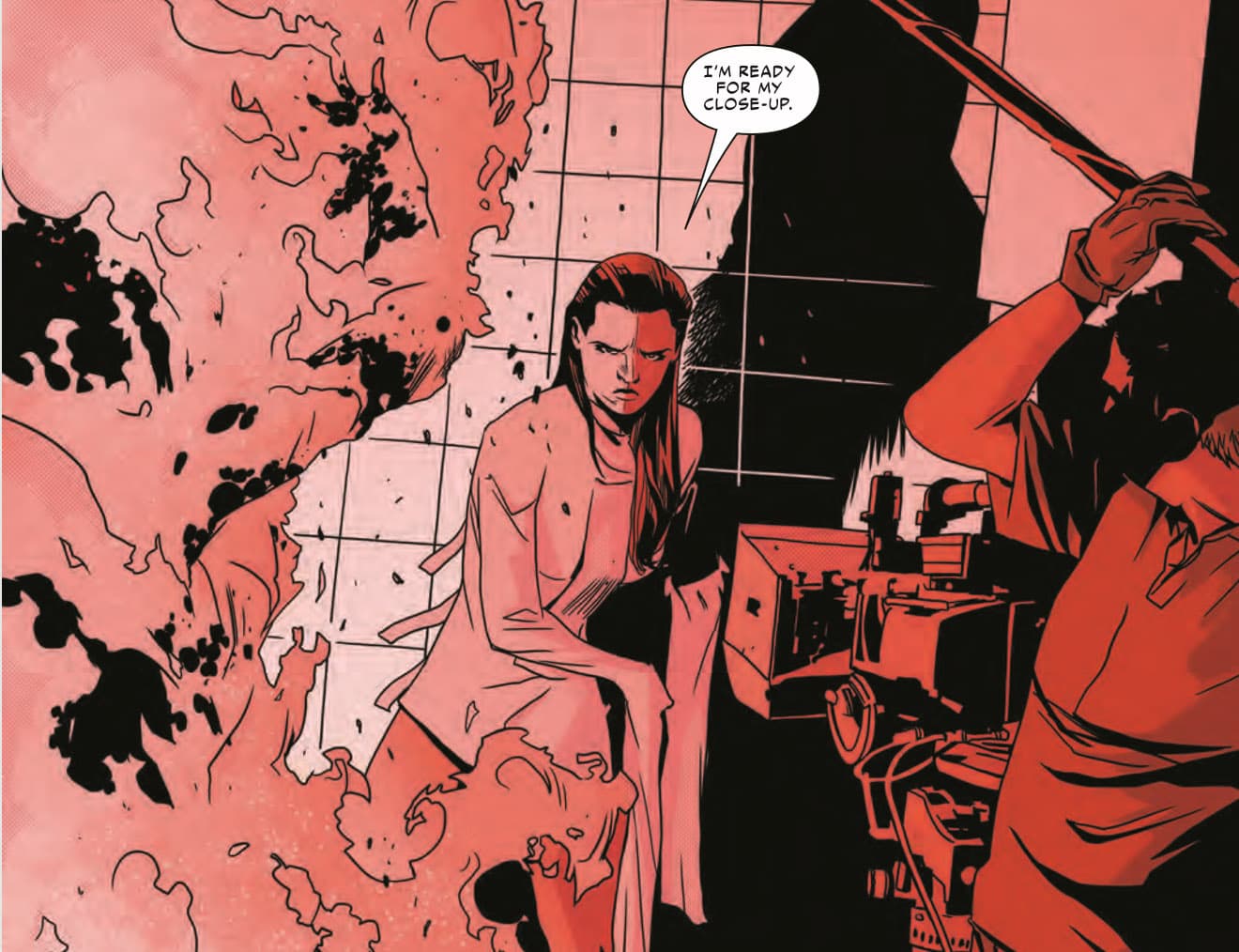 Marvel.com: In TYPHOID FEVER: X-MEN #1, we get to see two of Mary Walker's personalities: Bloody Mary juxtaposed with Mary as a child. Will, what reference material did you use to design Bloody Mary's sadistic nature vs. the youthful, timid Mary? Was there a specific comic from Marvel's archives that you leaned on?

Will Robson: Honestly, my motivation for drawing Mary was thinking of her like the Joker. Marvel might kill me for even MENTIONING the direct competition’s biggest antagonist, but that was my focus on Mary. As a child, I thought of her as Angelica from “Rugrats”...Yes, I’m a bit insane and out of touch.

Marvel.com: Going back to the first issue in the crossover, in TYPHOID FEVER: SPIDER-MAN #1, we learned from Mary's perspective that she's the hero of her own tale. Mary's narration helps to guide the reader but is she a reliable narrator?

Clay McLeod Chapman: I’ve been copping from Poe for years now, so the notion of the unreliable narrator is pretty much where I live these days. But I think it’s key that we show Mary struggling to navigate her way toward a greater sense of self, of independence at whatever cost. Sometimes she gets in her own way, sure, and some folks get hurt in the process, but it’s her pursuit for autonomy against her male oppressors that I find personally affecting. She is her own woman. Not a weapon for others. Not a pawn. Not a victim any longer.

Marvel.com: What's it been like, so far, writing a villain who thinks she's a hero?

Clay McLeod Chapman: We’re all the heroes of our stories, am I right? I always find it more tantalizing to write from the villain’s perspective. I’ve always had so much sympathy for the devil, I guess you could say… and I find Mary to be a profoundly sympathetic character. Particularly in the Bendis-stretch. I believe, if you were to ask a character like Mary to tell her side of the story, you would find it immersed in great pathos and struggle, like any “good guy.” 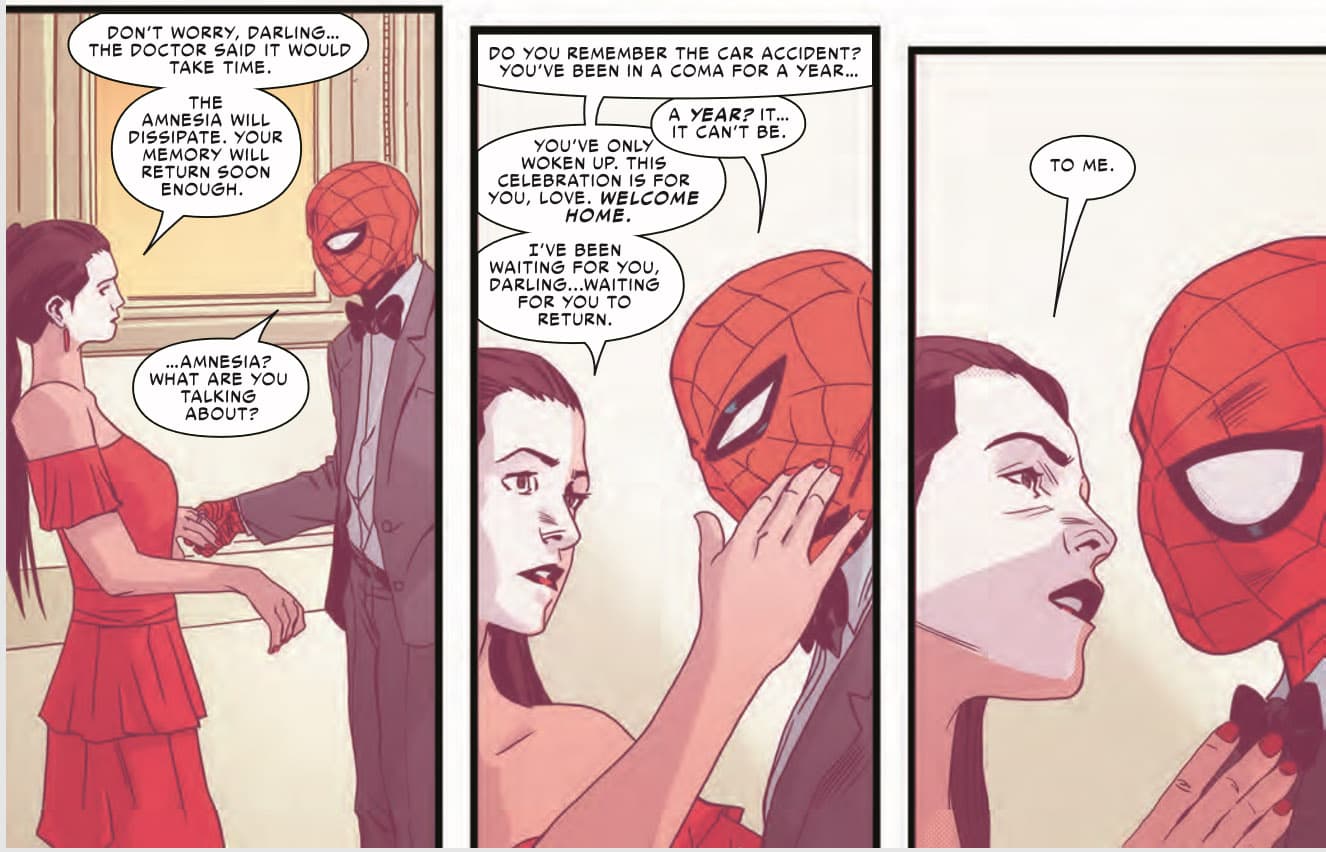 Marvel.com: Will, what is your process like collaborating with co-artist Danilo S. Beyruth on TYPHOID FEVER: X-MEN #1?

Will Robson: We actually had no contact, funnily enough. He’s so talented, and the script was super clear enough for him to tackle it himself. Editors helped majorly on this process.

Marvel.com: When working on such a tight-knit crossover with several artists, did you [Clay] find that your script writing changed in any way, and if so how? What was your collaboration like with each of the artists, cover artists, colorists, and letterers?

Clay McLeod Chapman: I had written all three scripts back-to-back, essentially, in hopes of laying down Mary’s arc the way I wanted to. As the artist’s came in, it was great to see how the story evolved between each issue and took on a life of their own. Now I view it as a three-headed hydra. Same body, but with a trio of distinct, vicious sets of jaws to sink their teeth into the reader.

I feel like it should be said that the true hero of this series is our colorist Rachelle Rosenberg. I think the work she has done is downright phenomenal. Given the fact that reality and fantasy continuously blurs throughout the series, Rachelle pulled off an amazing hat-trick of offering the reader an entryway into Mary’s mind, through nothing but her usage of color.

Marvel.com: Will, what keeps you grounded as an artist when tasked with illustrating different time periods, Mary's past and present, on top of other characters' flashbacks? How did you go about building these tipping point moments?

Will Robson: I always focus on everything around the character – what objects or elements I can use to suggest what time period they’re in without directly saying it visually. It was fun to explore her past, when she was a child. I focused on my own childhood and chucked in some Easter eggs for fans. An original Gameboy, some Pokémon cards, Beanie Babies, etc. 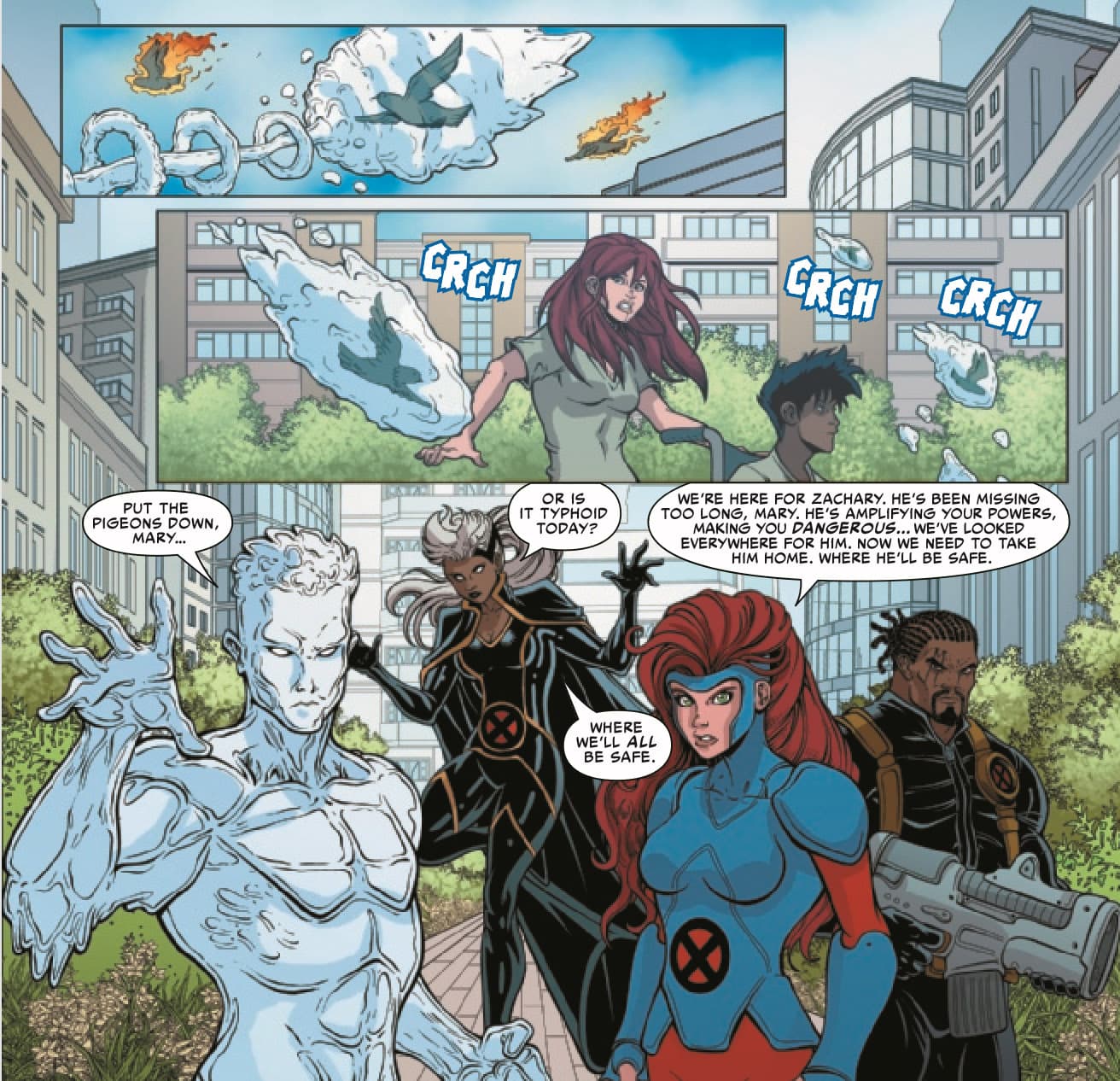 Marvel.com: Clay, what are your favorite scenes to write and have we seen any in the crossover? Will, what was your favorite panel, page or spread to draw in TYPHOID FEVER: X-MEN #1?

Clay McLeod Chapman: I really dug the hop-scotching of timelines in the Spider-Man issue. For me, the constant confusing of past vs. present, reality vs. fantasy, while all the while propelling the story forward—and fast—was the most fun. I don’t know if other readers will agree with me, but I’ll say it was certainly the most fun to write.

Will Robson: My favorite panel is the first time the X-Men appear. It’s the whole team and it was exciting for me since it was my first time ever drawing them. As I went on, I fell in love with drawing them and now appreciate them on a whole new level. Especially Jean and Iceman!

Marvel.com: So far, in the first issue of the Typhoid Fever crossover, Doctor Charles is responsible for Mary's current divided state of mind. Will we find out in the next installment who he is and what his motivations are?

Clay McLeod Chapman: Yes and no. Dr. Charles meant well, like many doctors do… But I think he let his good intentions get the best of him.

Marvel.com: Can you drop any hints about Mary’s arc or Iron Fist’s role in TYPHOID FEVER: IRON FIST #1?

Clay McLeod Chapman: Iron Fist gets his Fabio on.

In this article: Typhoid Mary

Vita Ayala and Bernard Chang bring you the greatest teenage Super Hero team of all time!

Our Complete Comics Guide to 'X-Men: The Animated Series’ S1 on Disney+: Part 3

Final part to Season 1! Read the comics behind the cartoon.