'Uncanny X-Men #1': Get Up To Date With the Latest X-Men Team

Everything you need to know about the current lineup of Marvel’s Uncanny X-Men.

Earlier this week, Marvel launched a brand new era for its mutant heroes with UNCANNY X-MEN #1. Writers Ed Brisson, Kelly Thompson, and Matthew Rosenberg have brought together a powerhouse lineup for “X-Men: Disassembled.” Over the next nine weeks, artists Mahmud Asrar, R. B. Silva, Yildiray Cinar, and Pere Perez will deliver a modern epic that will challenge the team as never before.

For new and returning fans, Marvel.com has put together a quick primer on the ten core members of the new UNCANNY X-MEN. These are the mutant heroes who have once again been tasked with saving a world that hates and fears them. 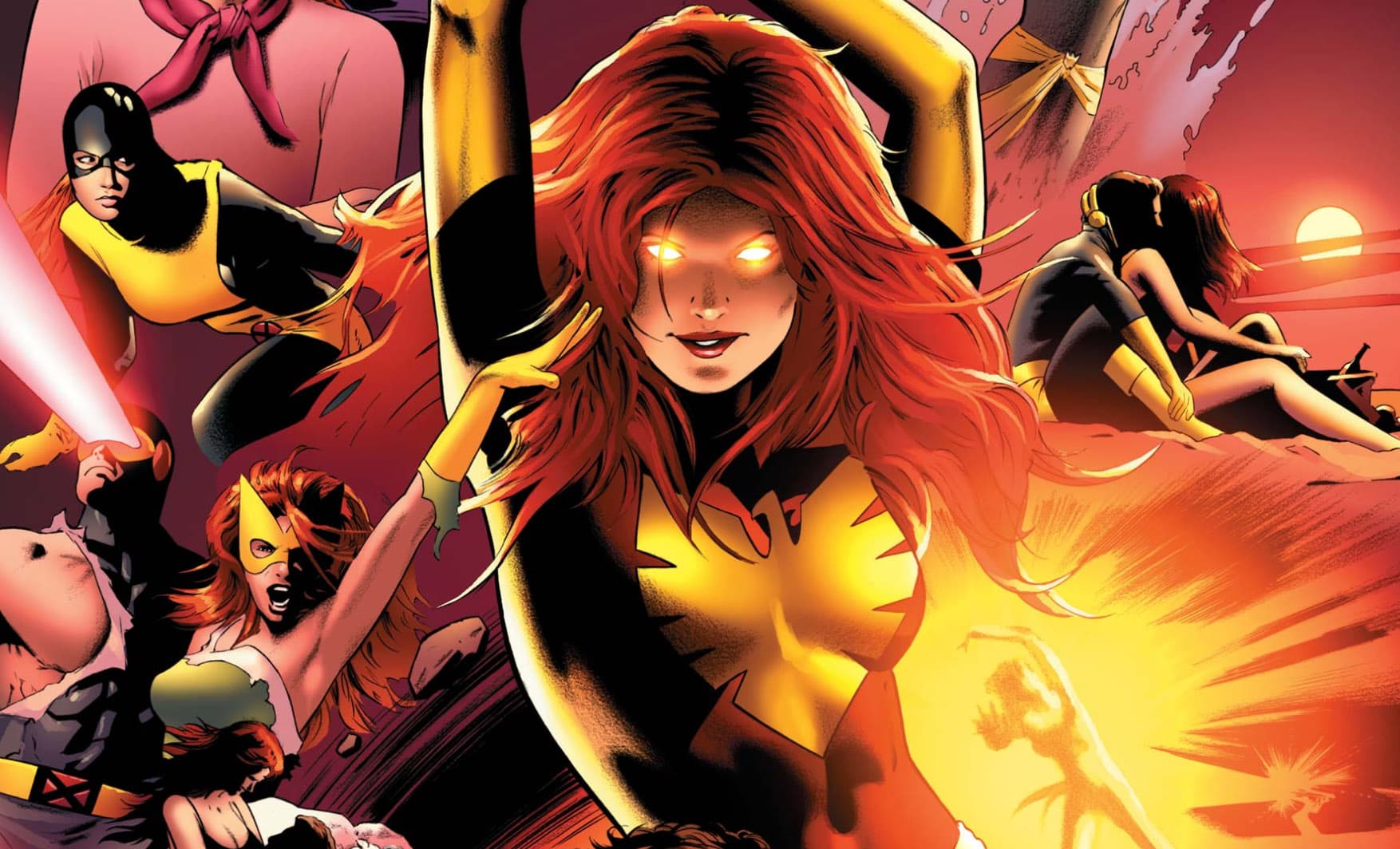 Jean Grey was among the very first students to call themselves the X-Men, and Charles Xavier’s original protégé. Thanks to her enhanced telepathy and telekinesis, Jean was already one of the most powerful mutants in the world. When Jean was joined with the Phoenix, her powers increased on an intergalactic scale. While the first Phoenix was merely a duplicate of Jean, she really was the Phoenix when she died at the hands of Xorn in NEW X-MEN.

But not even death could hold Jean forever. She rejected the Phoenix after it resurrected her, and once again emerged among the living. Disappointed with the state of the world since her demise, Jean Grey led a new team in X-MEN: RED as she attempted to achieve Xavier’s dream in her own way. Jean’s natural leadership skills will be sorely needed within the upcoming “Disassembled” arc, which will threaten everyone the team knows and loves. 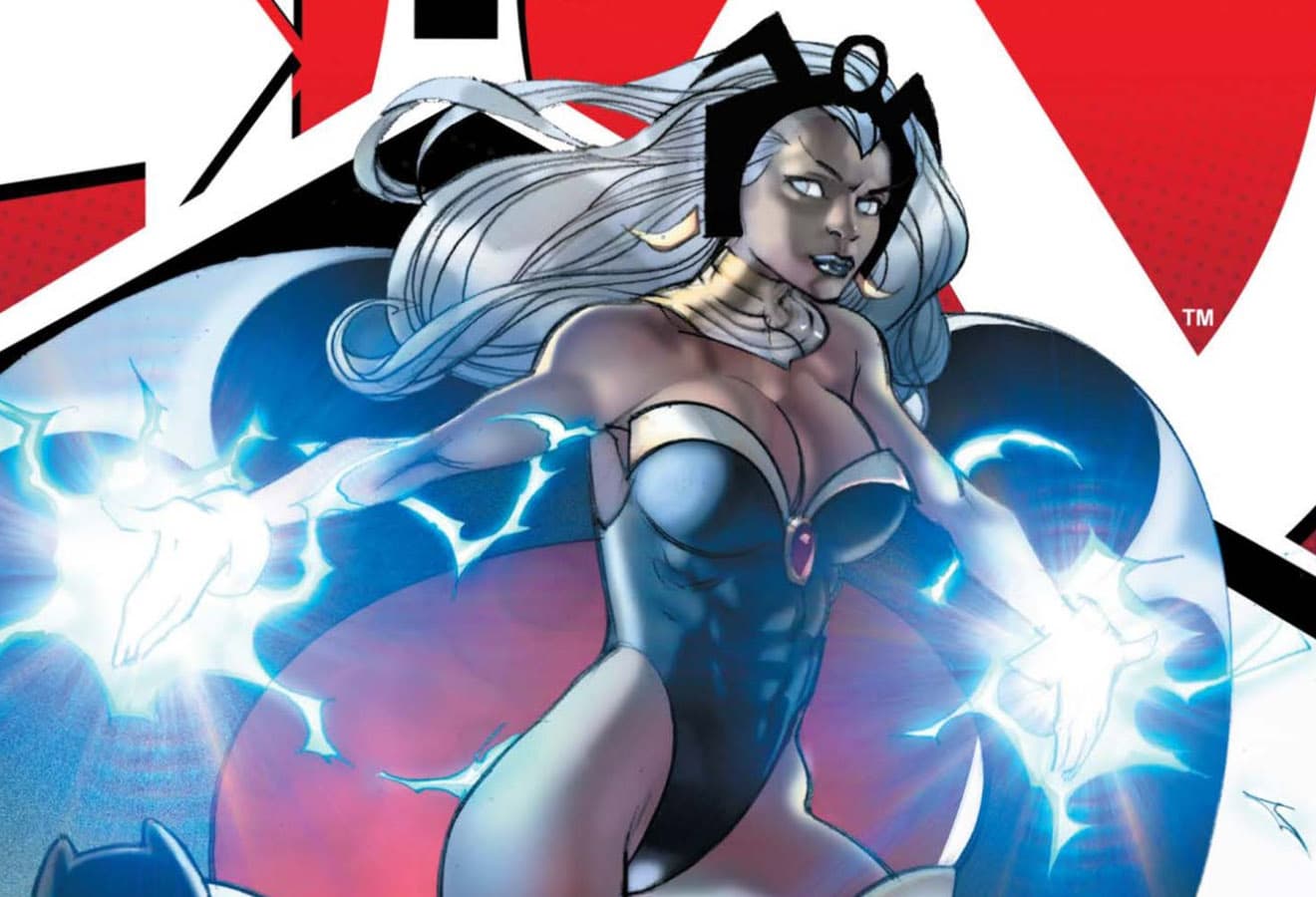 Storm may not be one of the original X-Men, but her importance to the group cannot be overstated. Over the years, Storm established herself as one of the most gifted leaders among the team. Even when Storm wasn’t in a leadership role, most of her friends and colleagues naturally deferred to her judgement and wisdom.

However, Storm came to doubt her own abilities after leading the mutants into a war with the Inhumans. Storm stepped down from her position, but she was convinced to remain on the team by Kitty Pryde, who took over the role of headmaster of the school and became the new leader. Despite the changes, Storm remains one of the most respected members of the team. 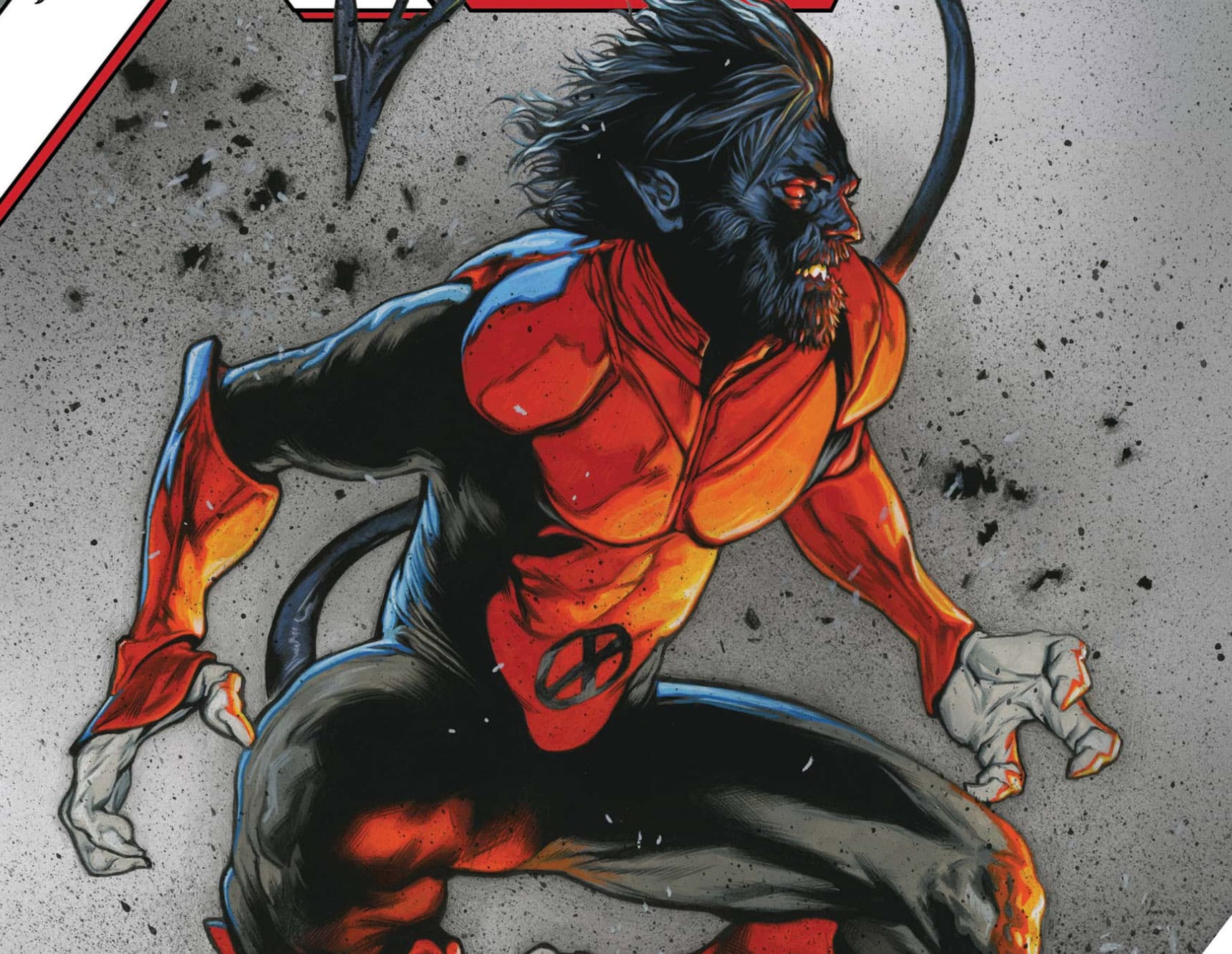 Nightcrawler literally gave his life for Charles Xavier’s dream. But it’s a good thing that the X-Men often have more than one life to give. Kurt Wagner was one of the mutants Xavier recruited to save the original team from Krakoa, the Living Island. Aside from an extended stint in Excalibur and his own death, Nightcrawler has been a member of the X-Men ever since.

After returning from the afterlife, Nightcrawler resumed his role on the X-Men and mentored a new generation of mutants. He also pursued a romantic relationship with Rachel Grey, Jean’s daughter from an alternate timeline. In the pages of X-MEN: RED, Nightcrawler also stood alongside Jean during her battle with Cassandra Nova. 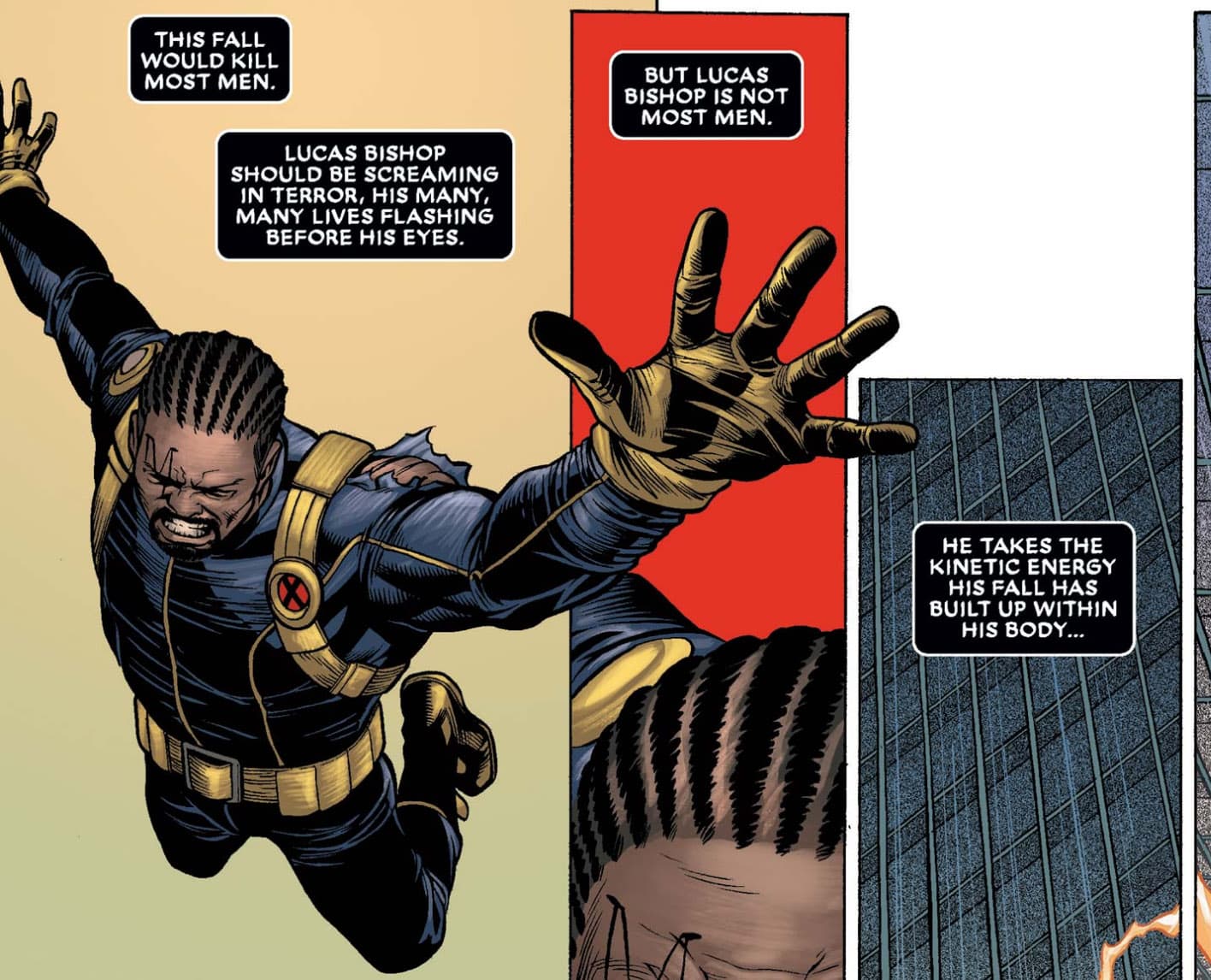 Once, in a timeline that may no longer exist, Bishop was known as “the Last X-Man.” Bishop came to the past in pursuit of a fugitive, but found that he was unable to return to his own time. The X-Men took Bishop in and accepted him as one of their own. He also proved to be the critical figure in undoing THE AGE OF APOCALYPSE that nearly doomed reality.

Years later, Bishop betrayed the X-Men by attempting to murder Hope Summers, the Mutant Messiah. Bishop pursued Hope and Cable into the future, where they eventually stranded him. Bishop ultimately returned to the present and made his peace with both Hope and the X-Men. His knowledge of the future may still prove to be very useful in the coming conflict. 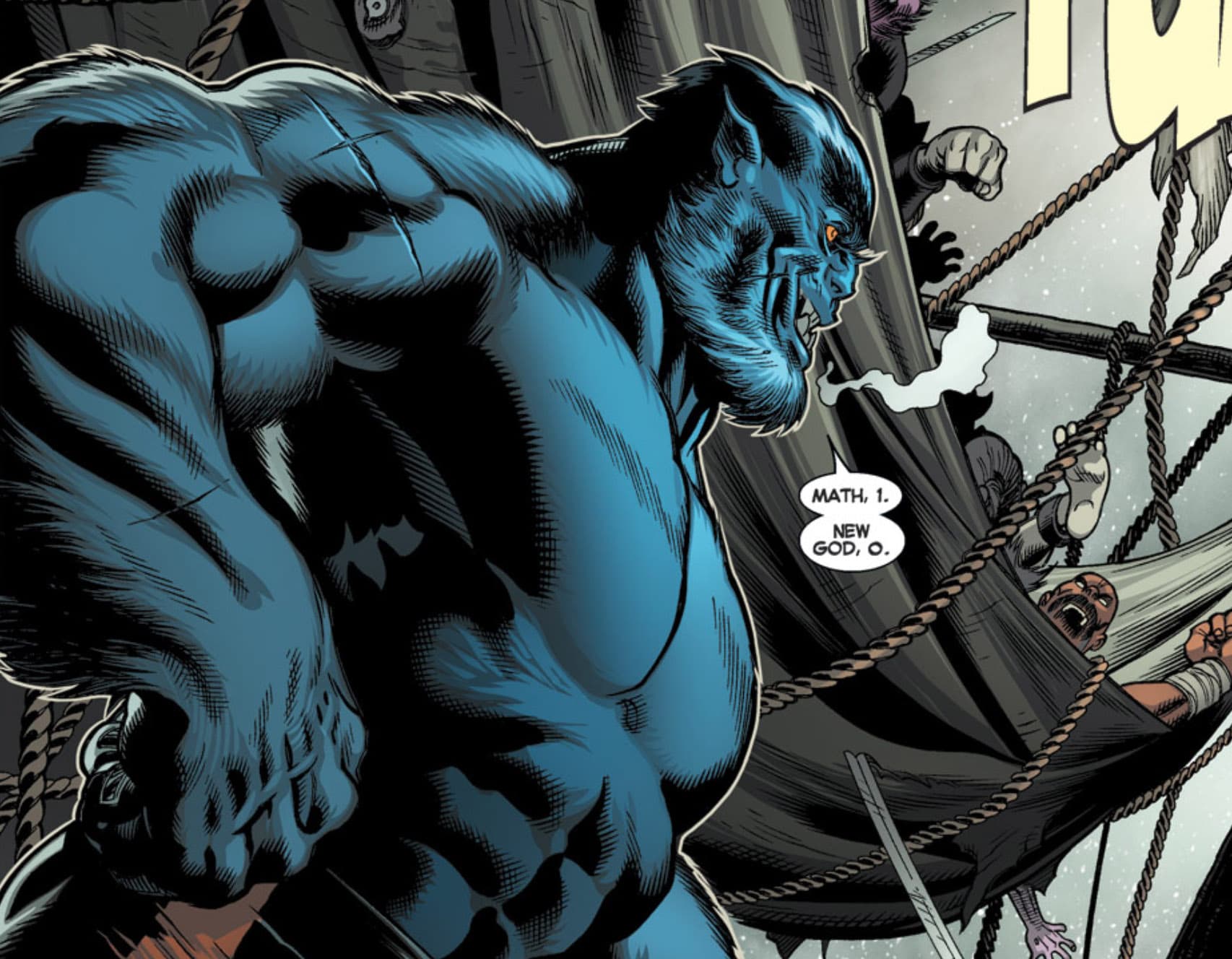 Hank McCoy is one of the original X-Men, but he was on the outs with the team for a long time. The Beast openly challenged Cyclops’ more militant approach to Xavier’s dream and left the X-Men after he learned about the new X-Force. Beast also worked alongside the Inhumans, which further alienated him from his friends and family.

After the conflict between the mutants and Inhumans came to an end, Beast returned to the fold as a valued member of the X-Men. 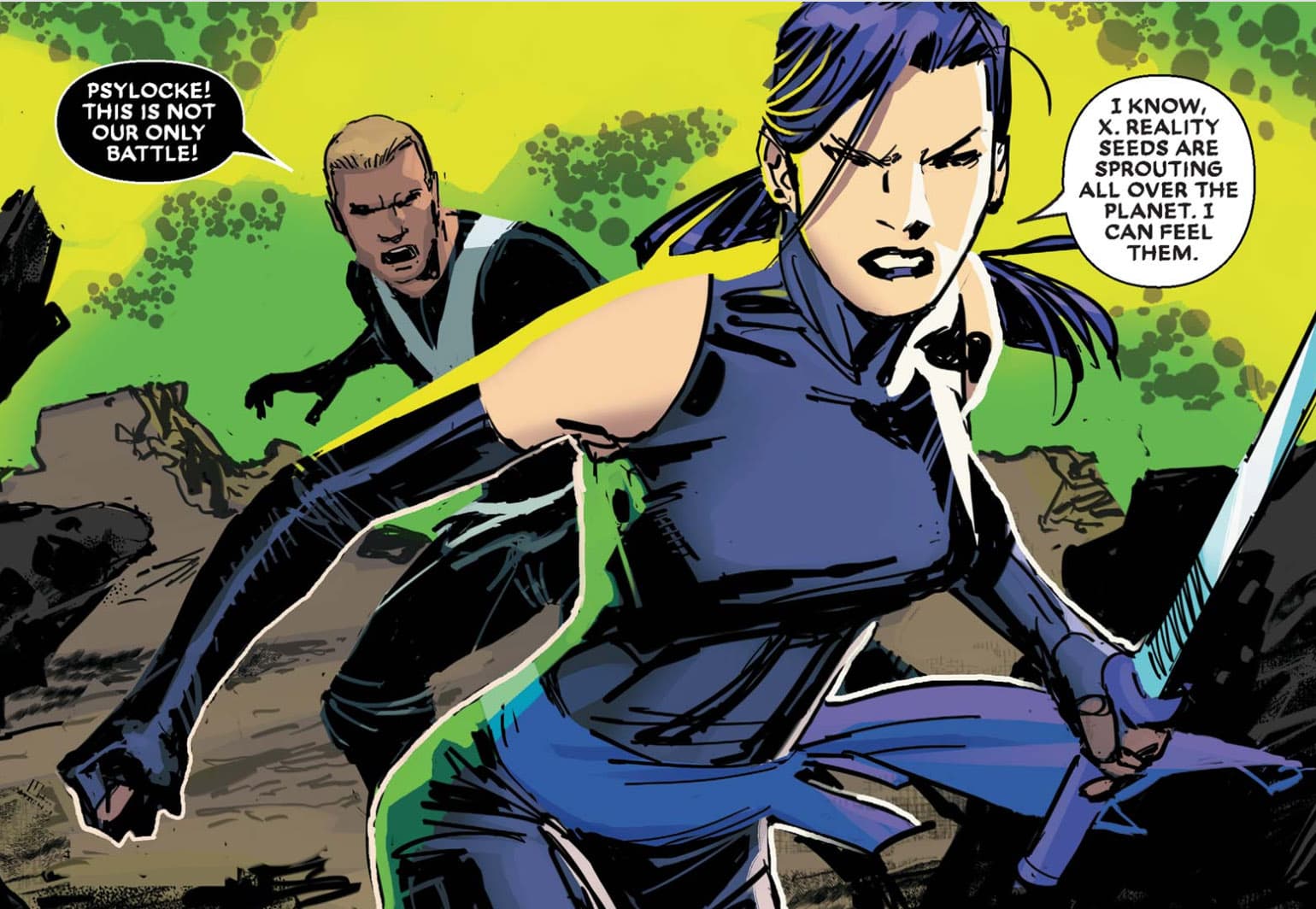 Although Betsy Braddock is the sister of Captain Britain, she has long since emerged from his shadow as a heroine in her own right. As Psylocke, Betsy joined the X-Men in the wake of the Mutant Massacre. She remained with the team until she went through the Siege Perilous and emerged without her memories. Malevolent forces took advantage of her vulnerable state to place Psylocke’s mind in the body of Kwannon, a Japanese ninja. In turn, Kwannon’s mind inhabited Betsy’s first body before she died from the Legacy Virus.

Psylocke was recently killed during THE HUNT FOR WOLVERINE. However, she managed to resurrect herself in a copy of her original body. As a side effect, Kwannon was apparently resurrected in her original body as well. 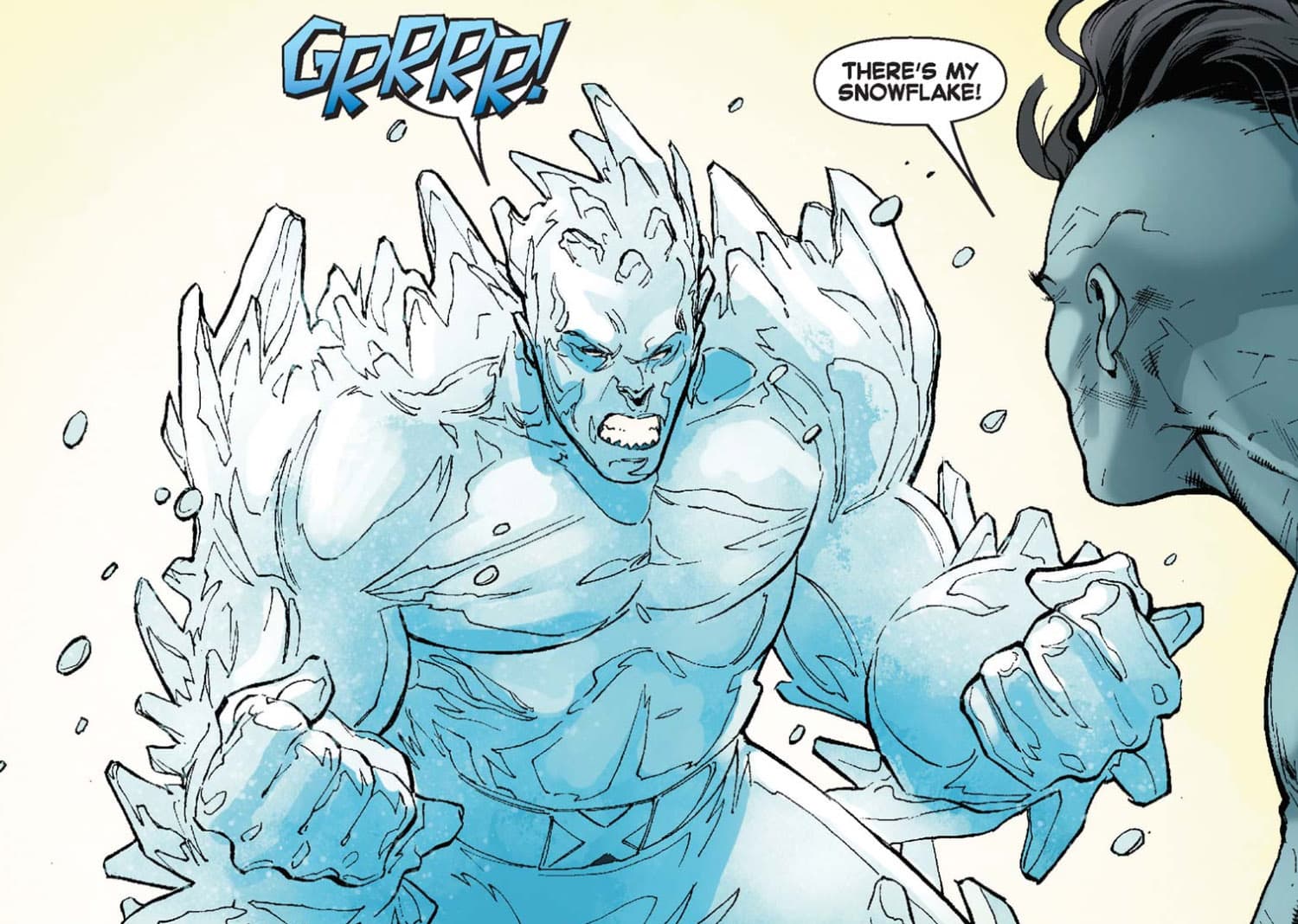 As one of the original five, Iceman has rarely been away from the X-Men. Even stints on the Champions, the Defenders, and X-Factor couldn’t diminish his ties to Xavier’s dream. Because of his own insecurities and fears, Iceman didn’t reach the full potential of his powers until several years after they emerged.

Iceman also recently embraced his sexuality, thanks to his younger self from the past. Now, Iceman stands alongside his friends and teammates as they approach the next phase of their lives. 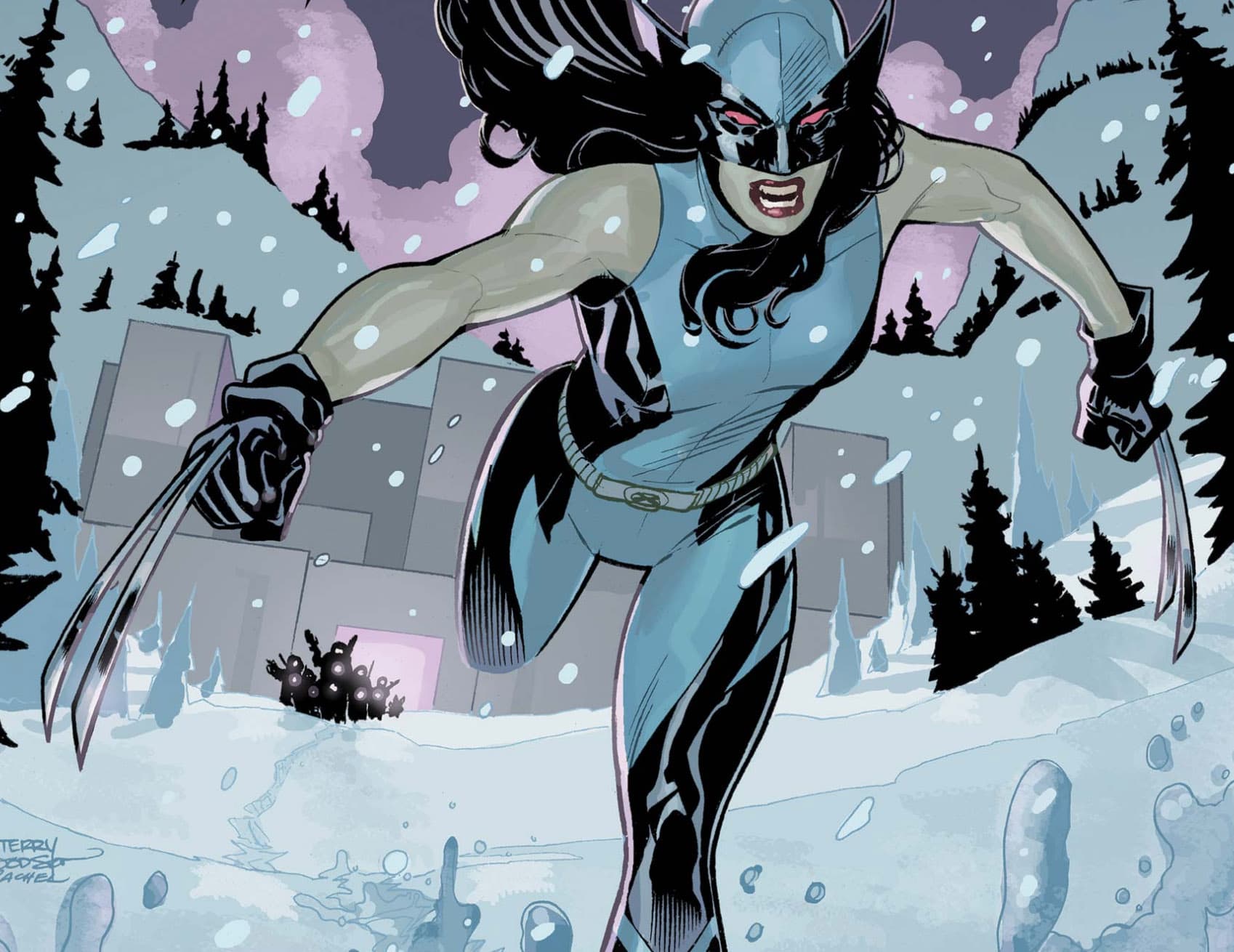 When X-23 debuted, she was apparently one of the few successful clones of Wolverine. She was created to be a killer, but she ultimately rejected that path and followed in Wolverine’s footsteps. They even developed a father-daughter bond before his untimely demise. In tribute to her mentor, X-23 took on the mantle of Wolverine and assumed a larger role within the X-Men.

During THE HUNT FOR WOLVERINE, it was revealed that X-23 may not be a clone after all. Genetically speaking, she is the biological child of both Wolverine and Sarah Kinney, the scientist who created her and carried her to term. 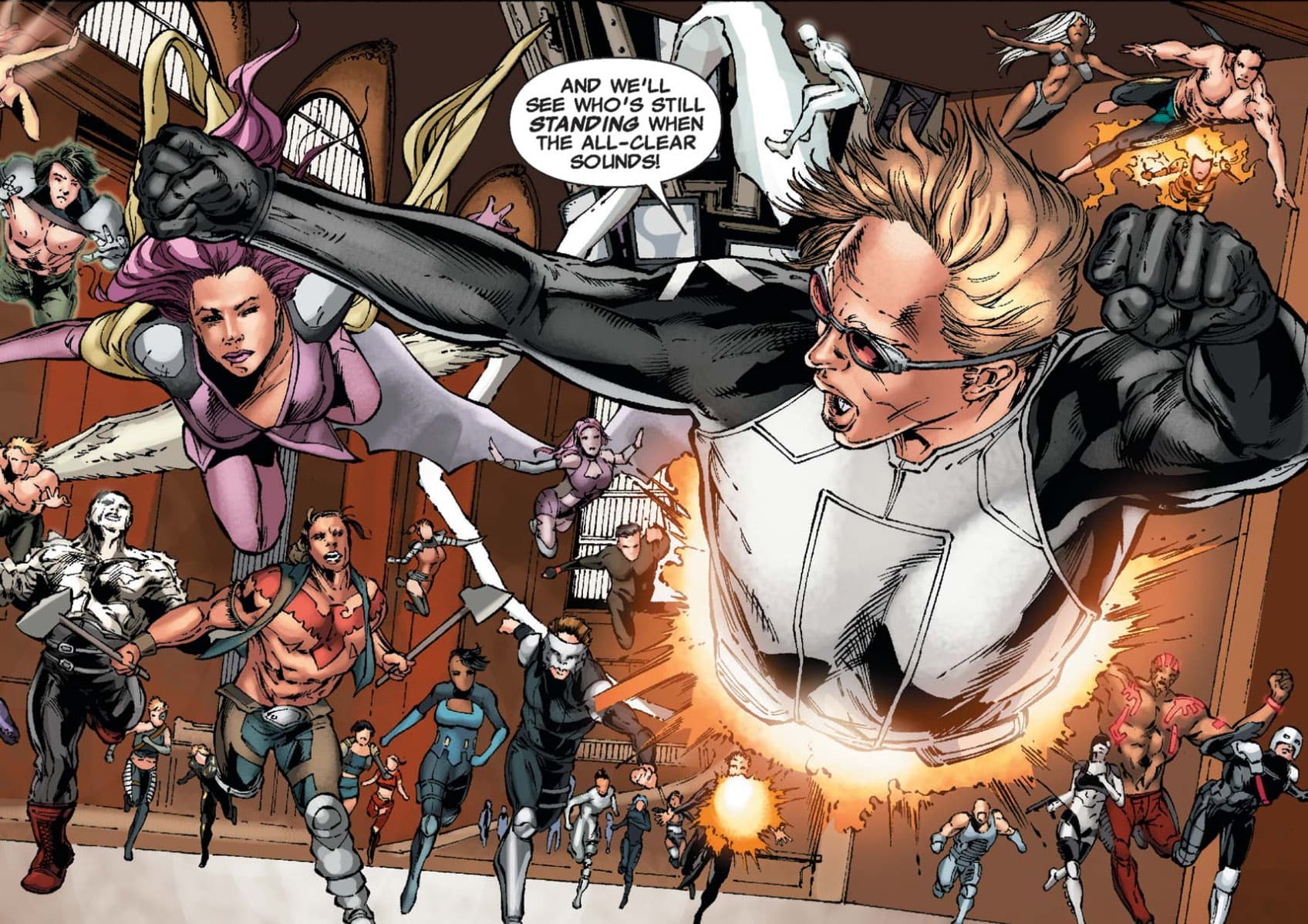 When the X-Men were missing in space, Charles Xavier formed a new team of mutants. Sam Guthrie was among the founding members of the New Mutants, even though he had originally been recruited to fight them. As Cannonball, Sam emerged as one of the team’s leaders, and he stayed with the group after they became the more militant unit known as X-Force.

Sam was eventually welcomed back to the X-Men as a full member, and he’s also served on the Avengers. Now back home where he belongs, Cannonball is one the primary members of the new Uncanny X-Men. 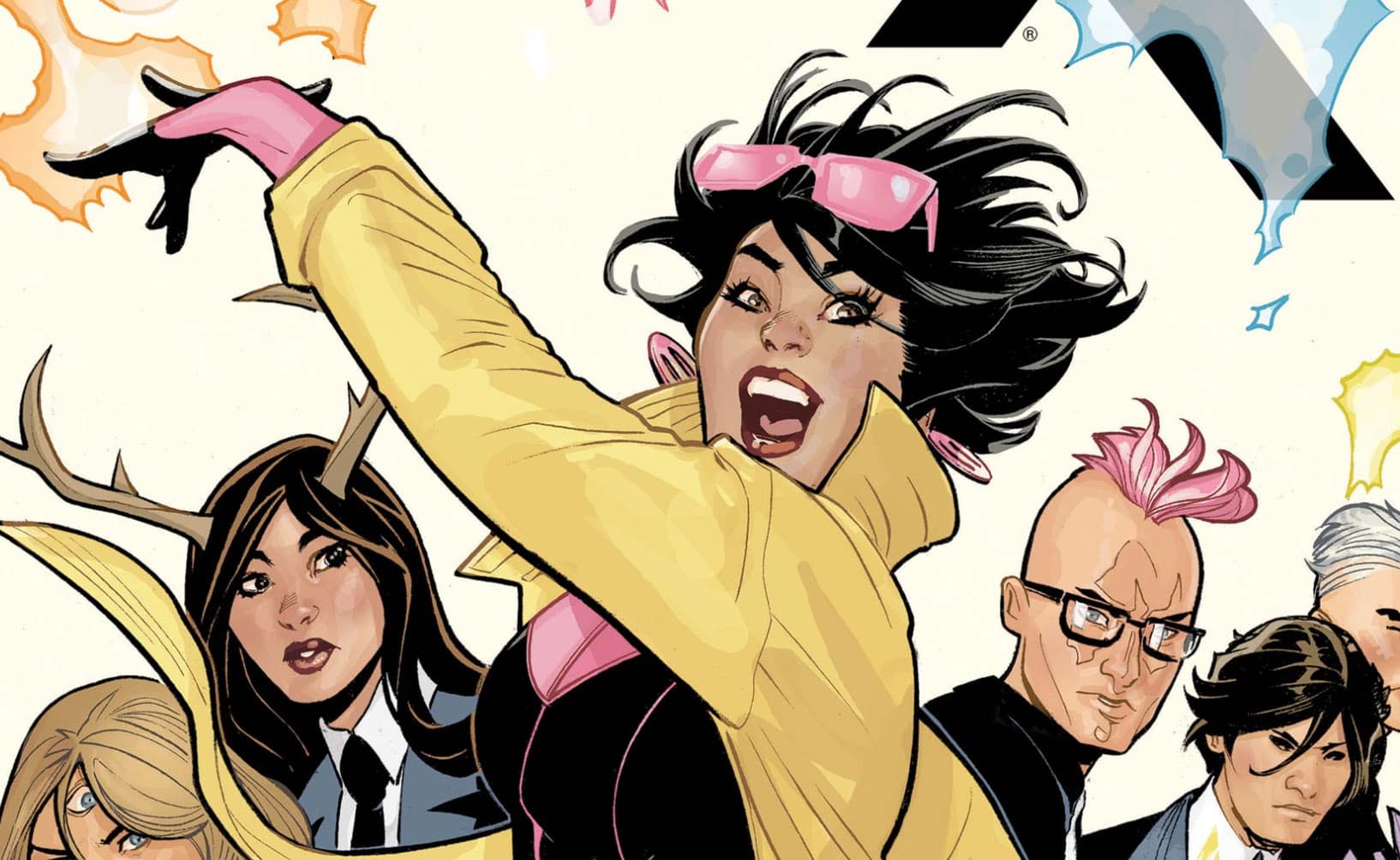 Jubilee was never directly recruited by the X-Men. Instead, she followed them home to their Australian headquarters and hid among them for months. She only revealed her presence to save Wolverine’s life, which led to a lasting bond between them. Jubilee was also on the original Generation X team before once again joining the X-Men. She lost her powers on M-Day before she was turned into a vampire.

Fortunately, Jubilee’s stint as a member of the undead is over, and she is once again fully empowered alongside her friends and teammates.

UNCANNY X-MEN #1 is available now, online and at your local comic shop!