Get ready for next week's 'Venom: The End' #1 with a trip across Marvel Cosmic!

For some, space may be the final frontier, but for Venom, it's like a second home! But will the cosmos become the symbiote's final resting place?

Adam Warren and Chamba will answer that very question in the pages of the VENOM: THE END one-shot debuting on January 15. Part of an initiative to present the final days of some of Marvel's most iconic characters, this issue will cross trillions of years and show what happens as Eddie Brock becomes the last defender of life in the universe!

Before jumping to THE END, though, we're going to take a look at some of Venom's travels through the spaceways!

Though he became known as a down-and-dirty street-level anti-hero in the 1990s, the Venom symbiote came to prominence on Battleworld in SECRET WARS (though it debuted in AMAZING SPIDER-MAN #252). After Spider-Man's iconic costume got torn up fighting Titania, he approached a machine with a mysterious black ball that turned into his black costume! 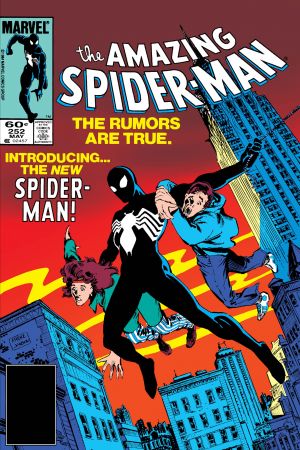 Upon returning home, the Wall-Crawler kept wearing the new togs, which responded to his thoughts, until he realized they had a mind of their own. Eventually he separated himself from the symbiote, which paired up with Eddie Brock, who hated Peter Parker as much as the alien disliked him!

Guardian of the Galaxy

Eventually, Brock and the symbiote separated, laying the ground work for Flash Thompson to become Agent Venom with a system in place to keep the alien under control.

After many adventures on Earth, he joined up with the Guardians of the Galaxy as a representative for the Avengers. Flash, however, began losing control of his partner and got separated from it. The symbiote took control of most of the Guardians in an effort to travel to its home planet Klyntar. Upon bonding with the Klyntar Thompson, the Guardians learned that the race's true goal was to send agents out into the cosmos to help the downtrodden. But—as seen in GUARDIANS OF THE GALAXY (2013) #21-23—they managed to fix the damage done to the Venom creature over the years, which gave him more abilities and a clearer mind. 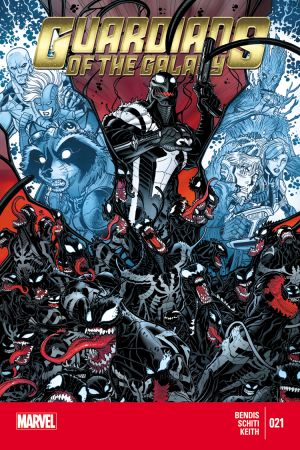 With his upgrades, Flash Thompson carried on the Klyntar way by helping anyone he could in VENOM: SPACE KNIGHT (2015)!

In that capacity, he saved aliens of all galaxies from pirates, kidnappers, giant crab monsters, killer rain, lava creatures, and Mercurio, a bad-news space gangster. Eventually, Flash came to realize that a piece of the Klyntar didn't get properly cleansed because his old friend Andrea Benton still bore a piece of Venom back on Earth. Thompson returned to his home planet, helped his old friend out and stuck around, but was soon separated from the Klyntar once more. 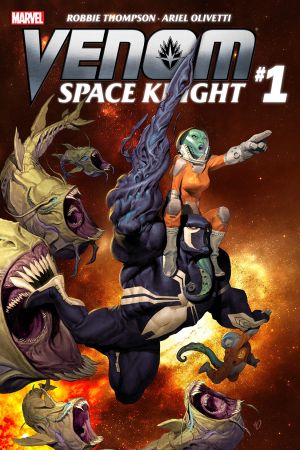 In the pages of VENOM: FIRST HOST (2018), readers learned far more about the famous Klyntar's life before showing up on Battleworld!

Invaders took the outcast symbiote from the home planet for investigation which eventually led him into the Kree-Skrull War via a Kree host, Tel-Kar. After explaining how he used the alien to help win the war, he tracked down Eddie Brock, the current host, in hopes of reuniting with the Klyntar by any means necessary. This led to Venom leaving Eddie—and the human joining up with the symbiote's offspring to become Sleeper. Later, Skrulls told Brock that Tel-Kar had been a spy who not only hid information inside the Klyntar, but also made it forget their time together. As a result, another Klyntar battle in space caused calamity, just before they returned home and Tel-Kar received his punishment. 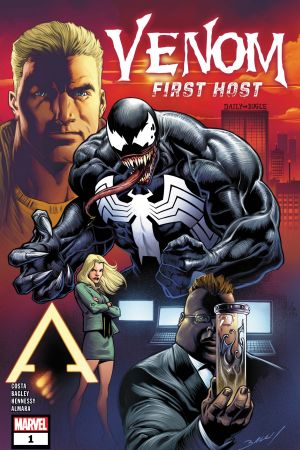 Visit your local comic shop to read VENOM: THE END #1 on Wednesday, January 15!