Where in the World is Sharon Carter?

Pair this week's 'Captain America' #11 with a look at Sharon's recent appearances across the Marvel U!

The Sentinel of Liberty finds himself in ever-deepening trouble in the pages of this week's CAPTAIN AMERICA #11 by Ta-Nehisi Coates and Adam Kubert! And it seems like the only person who can save him is none other than his longtime love, Sharon Carter!

The niece of World War II super spy Peggy Carter, Sharon worked hard to become a S.H.I.E.L.D. agent, earning the designation Agent 13. Soon after Captain America came out of suspended animation, the two met, worked well together and began a relationship. That came to an end for quite a while when Rogers thought Carter died in the line of duty. But in reality, she'd be sent on a secret mission by Nick Fury that went sideways and kept her out of commission for years.

Reunited way down the line under unusual circumstances involving the Red Skull and a Cosmic Cube, the duo eventually got back to business as usual, taking on threats of all sorts. They found themselves separated once again when Carter became a pawn in Red Skull's plan to kill Captain America. After breaking free of that control, she worked alongside the new Captain America (Bucky Barnes), Falcon, and other allies to bring Steve Rogers back!

Since then, things have gotten even crazier for Sharon Carter! In addition to serving with the SECRET AVENGERS (2014), she went into Arnim Zola's Dimension Z to find Steve, who had spent over a decade there, relatively speaking. She managed to line up his escape, but appeared to die in the process. In reality, she spent even more time looking after Ian, Zola's son who Rogers had freed during his time there and raised as his own son. That is, until one of Zola's raiding parties made off with her. 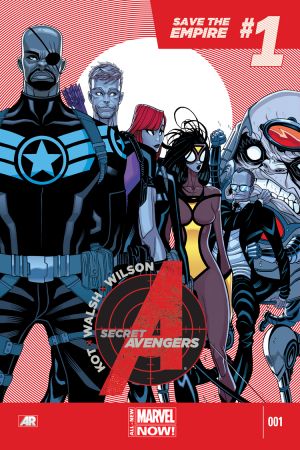 When Zola attacked the real world, he brought the prisoner with him. Once freed, she reunited with Steve—whose body had been aged to his appropriate 80-something years—before helping to stop Zola. Both Sharon and Steve decided to step back a bit from the hero game, but remained involved when it came to planning missions. Before long, Carter became S.H.I.E.L.D. Commander and Congressional Liaison.

She had no idea that, when the still-aged Rogers regained his youth thanks to a sentient Cosmic Cube by the name of Kobik, it actually recreated Rogers from scratch, but with memories that he'd been allied with Hydra his whole life. When she was offered the role of Director, she turned it down, telling her superiors that Captain America had to get the job, playing right into Hydra's grand plans which came to the surface during SECRET EMPIRE (2017)!

When HydraSteve's plans finally came together, he made sure his agents kept Sharon alive, but safely ensconced in a cell. While this bad copy tried to carry on their old life together, Sharon took every opportunity to try and attack this impostor. She also managed to turn the tables on Dr. Faustus, hack into the systems, and drop the Hydra warships out of the sky!

In the wake of all that insanity, she and the real Rogers did their best to pick back up where they left off. With S.H.I.E.L.D. out of commission, Sharon began working for General Thaddeus Ross in an effort to clean up the mess Hydra made. Through this new group, Carter also helped set Bucky Barnes up with a way to help people get out of bad situations.

While on a recent mission trying to figure out who kept pumping out Nukes and loosing them on the United States, Sharon traveled to Alberia where Selene got the drop on her and handed her over to Alexa Lukin, the wife of Aleksander, who Carter had killed. Captain America got her out of there and back home, suspecting that Ross had something to do with the whole thing, but had no evidence. 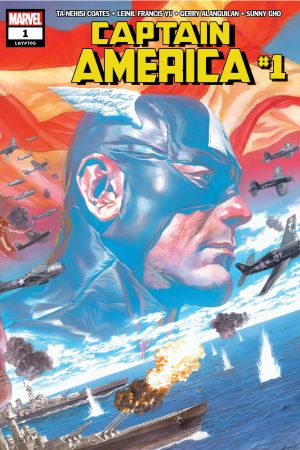 When Ross got murdered by a disc-like object, Captain America was suspected and he turned himself in. Sharon opposed the idea, but accepted the shield when he entrusted it to her. To clear his name, she not only called in the Daughters of Liberty, working with Spider-Woman, Mockingbird, Toni Ho, Echo, Invisible Woman, Misty Knight, Jessica Jones, White Tiger, and their leader the Dryad to figure out the mystery. So far, they discovered the Foreigner as the true killer and tried to break Cap out of jail, but we'l have to come back next month to see what happens next!

Read these stories on Marvel Unlimited, then visit your local comic shop to read CAPTAIN AMERICA #11!

In this article: Sharon Carter

A group of brilliant scientists intent on saving the world... or conquering it? Marvel Unlimited has the answers.

The Falcon and The Winter Soldier: How the Supporting Cast Brought the Villains to Life

The creative force behind the Marvel Studios hit series tackle the subject of complex characters such as Karli Morgenthau, Baron Zemo, John Walker, and Sharon Carter!

Watch Baron Zemo's Suit-kovia Infomercial in 'Assembled: The Making of The Falcon and The Winter Soldier'

Go beyond the shield and behind the scenes with 'Assembled: The Making of The Falcon and The Winter Soldier,' streaming on Disney+ April 30!