Who is Madame Masque and Why is She Trying to Kill Black Widow?

Get ready for next week's 'Black Widow' #3 with a look at the villain's backstory!

Natasha Romanoff is mad as hell and she's taking it out on the villains of Madripoor in the pages of BLACK WIDOW by Jen and Sylvia Soska with artist Flaviano!

One of the toughest, though, is Madame Masque, a complex character whose origins reach way back to the late 1960s.

In 1969's IRON MAN #17-19, by Archie Goodwin and George Tuska, a mysterious masked figure appeared, blowing up Tony Stark's personal lab along with the Stark Industries facilities surrounding it in an attempt to kill its owner. Upon returning to an island stronghold, Madame Masque met with Morgan Stark, Tony's cousin, who had sold him out to Masque's boss, Mordecai Midas.

When the industrialist dug himself out of the rubble, he was hurt but not badly injured, and Morgan began to freak out. After Morgan tried to run off, Madame Masque slapped him around and then showed him her true face. The duplicitous Stark passed out from shock!

The entire affair gained a new wrinkle when another Tony Stark woke up in his Iron Man armor not far from his headquarters! This proved to be the real deal while the one who had survived the explosion was actually a Life Model Decoy that had gained sentience and wanted Tony's life! After losing a fight to the 'bot, Stark was on the run with no money, credit or armor. Things looked bleak and got worse when Madame Masque swooped in and kidnapped him! 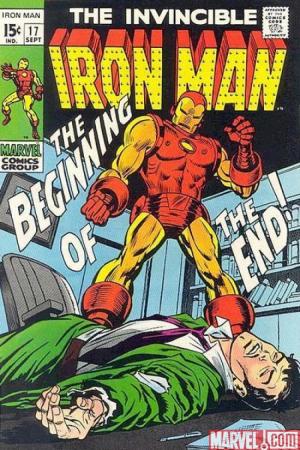 Midas—who wanted all the money in the world—intended to use this supposed facsimile to take Stark's place! Tony rolled with it and began training with Madame Masque immediately. During one of their sessions, Masque explained that she'd been in a horrible plane crash that scarred her face with nasty chemicals. Midas' men had found her and his doctors healed her, but her face remained unfixable. She paid him back for the second chance at life—and the golden mask—by working as his agent.

When she and Tony ran into the LMD wearing his own Iron Man armor, Madame Masque considered killing him because the mission had gone south, but she couldn't bring herself to do so because she appreciated the concern he'd shown her when the false Iron Man attacked.

Before long, Stark took his rightful place and healed up. That's when Masque reappeared and kidnapped him, once again bringing the playboy to Midas. With Stark restrained and alone, Madame Masque showed him her true face and he gasped. She assumed he was horrified, but instead he was surprised because he recognized her as Whitney Frost! They then worked together to escape from Midas' island. 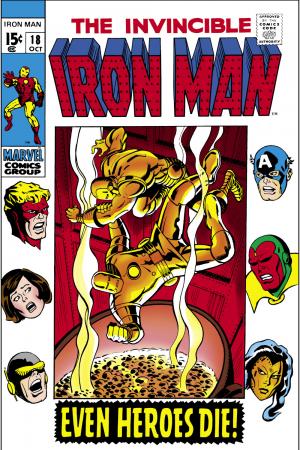 The woman known as Whitney Frost debuted in TALES OF SUSPENSE #98 (thanks to a couple of legends by the names of Stan Lee and Gene Colan). In that issue, she appeared in a striking yellow ensemble along with a number of Tony Stark's girlfriends...and that was it for her debut because Iron Man shared the title with Captain America at the time!

She next appeared in IRON MAN #1, when S.H.I.E.L.D. Agent Jasper Sitwell saved the still-unnamed woman from drowning. When the secret agent got picked up by his S.H.I.E.L.D. pals, she revealed her name as Whitney Frost. After kissing Sitwell her thanks, she returned to her apartment and considered the state of her mission. She'd intended to find Stark, but thought that Jasper might serve her just as well.

At that time, she revealed that she ran the crime organization called the Maggia as "the Big M". Later, in IRON MAN #8, she led a squad into Stark's company to break into his weapons vault. During the attack, she flashed back to her youth as a young girl whose father, Byron Frost, was so rich that she could easily become rich and famous without doing much at all... However, when Byron died, Whitney came to know the truth: Her father was actually the true leader of the Maggia, Count Nefaria. He wanted her to take over for him as the head of the organization, but she could not fathom such a thing. 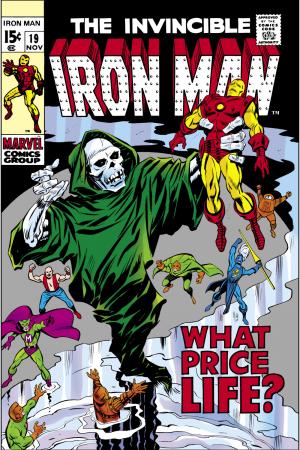 Whitney ran to the only person she felt she could trust , Roger Vane, her fiancé, and told him everything. When Roger failed to return after months, she gave up and agreed to train with her birth father. After becoming a calculating killing machine, Whitney took over as the Big M when her father got captured.

Even as the Big M, Frost had developed feelings for Jasper Sitwell. The two even began dating. So, when he and a small army of S.H.I.E.L.D. agents burst out of Stark's vault, she felt doubly betrayed. However, when the big fight between good and evil came down, Frost managed to escape and Sitwell couldn't pull the trigger because he still loved her!

It should come as no surprise that Whitney's relationships with both Sitwell and Stark became more and more complicated over the years. She and Tony did develop a real romance for a while, but that eventually went bad, leading to the rocky relationship she still has with him to this day. Of course, as seen in BLACK WIDOW, she doesn't set her sights on just the one hero!