Who Is the Scream Symbiote?

Get to know the star of 'Absolute Carnage: Scream' #1 as the symbiote event takes over the Marvel Universe!

You can't keep a bad symbiote down..and Scream is one of the baddest!

Reappearing in this week's ABSOLUTE CARNAGE: SCREAM #1 by Cullen Bunn and Gerardo Sandoval, the yellow-and-red Klyntar descendant finds itself bonded to another character with deep roots in the symbiote saga: Patricia Robertson.

Scream debuted back in 1993's VENOM: LETHAL PROTECTOR limited series by David Michelinie and Mark Bagley, during Venom's time as a violent hero in San Francisco. He wound up the captive of Carlton Drake's Life Foundation, which set up rich people to survive the assumed nuclear war with Russia. He also took a sample of Venom's suit in an attempt to create new super guards for his company.

Spider-Man was actually the first character to run into Scream while giving her suit a test run. After a fight, he stowed away on their jet and snuck into the Life Foundation HQ where he soon found himself fighting Scream along with her teammates/siblings Phage, Lasher, Riot, and Agony (the stars of this week's ABSOLUTE CARNAGE: SEPARATION ANXIETY #1)! When Venom got in on the action, it seemed like he'd killed his children with an age-accelerator. 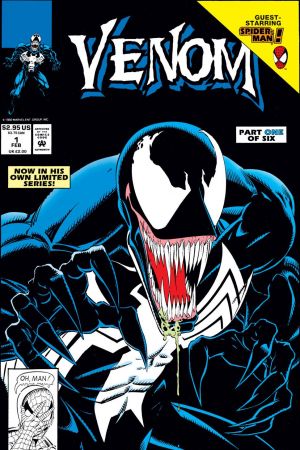 Symbiotes are harder to kill than that, though, and Scream popped back up in SPIDER-MAN (1990) #52-53 and WEB OF SPIDER-MAN (1985) #119 before co-starring in VENOM: SEPARATION ANXIETY (1994). In that series, Donna Diego, the woman under the alien life-form suffered from a mental illness that left her delusional, which led to a series of rampages against humans, other symbiotes, and their hosts. 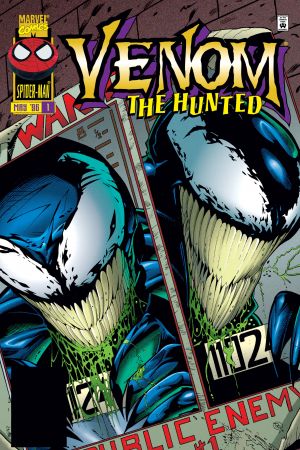 Meanwhile, in the 2003 VENOM series, a cloned version of the title symbiote created by the Ararat Corporation. And, eventually, it got out and killed everyone in the facility. When Patricia Robertson investigated, the clone began a longterm game of cat and mouse with her that eventually led to the pair bonding and becoming She-Venom. That came to an end, however, when Spider-Man, the Fantastic Four, and a being called the Suit came together to fight it. 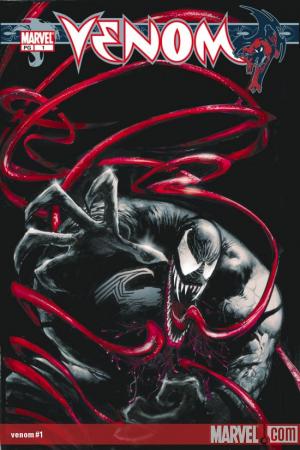 Recently, after being resurrected by a cult dedicated to him, Carnage learned that the former symbiotes and hosts held pieces of a codex that could be absorbed by Cletus Kasady to reawaken the symbiote god, Knull. In ABSOLUTE CARNAGE: SCREAM, we'll see how Scream and Patricia Robertson come together and what that will mean for the greater event at hand!

Read these incredible issues on Marvel Unlimited now! Visit Marvel.com/AbsoluteCarnage for more. Then head to your local comic shop to pick up ABSOLUTE CARNAGE: SCREAM #1!

Earn Points, Get RewardsJoin NOW!
In this article: Absolute Carnage

Before starting the latest ‘Venom’ series on Marvel Unlimited, get caught up with Eddie Brock’s greatest and most terrifying turns.

Ahead of ‘King In Black,’ grab the entire history of the God of Symbiotes on Marvel Unlimited.

Watch the livestream at 4PM ET!