As the one-time writer of CABLE (2107) and current orchestrator behind the adventures in X-FORCE (2018), Ed Brisson has a graduate degree in how to marry '90s Marvel mayhem with modern sensibilities.

“I've tried to marry the crazy, &*^$-to-the-wall style storytelling of the '90s with my own sensibilities, which tend to be much more grounded,” he shares. “When writing both series, I went back to the source materials, the first appearances and early runs and tried to pull what was exciting, the things that made me fall in love with these characters, and inject it into my stories.”

We took some time with Brisson to revisit those wild times, including his favorite comics and creators as well as how it led him down the path to his professional pursuits.

What are your earliest memories of reading Marvel?

The first comic I remember reading was PETER PORKER, THE SPECTACULAR SPIDER-HAM (1985). Looking at when it came out, I know I had to have read other Marvel comics before that, but that was one of the first series that I started actively collecting. I was about eight and thought it was hilarious.

From there, I quickly got into X-Men, Spider-Man, Daredevil, and Punisher, which made up about 80 percent of my reading back then.

Do you remember your first comic shop?

I do. I had two that I used to go to: Unicorn Comics and Gnu Books, both in Oshawa, Ontario. Unicorn Comics changed owners and names a few years back and is now known as Worlds Collide Comics. Gnu Books is still around as well.

I used to go into those shops with my paper route money and spend hours going through the back issue bins, not for anything specific, but instead anything that caught my eye. Although, I was always after CAPTAIN AMERICA (1968) #318-320 because I had The Official Handbook of the Marvel Universe: Book of the Dead issues and knew that a whole whack of people died in those issues and I wanted to know why. 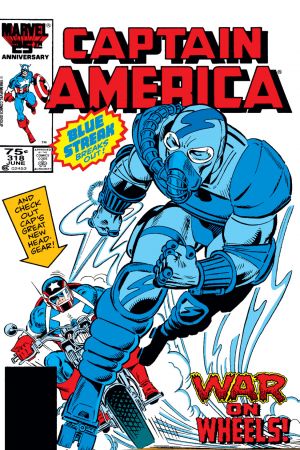 What was your first favorite Marvel character and title?

Well, as mentioned, Peter Porker when I was really young, but in my teens I was obsessed with Spider-Man. I read all three titles, AMAZING SPIDER-MAN (1963), PETER PARKER, THE SPECTACULAR SPIDER-MAN (1976), and WEB OF SPIDER-MAN (1985). “Kraven's Last Hunt” came out and it rocked my world. 11-year-old me didn't know that comics could be that dark, that engrossing. It left me stunned. 30-plus years later and I still reread it at least once a year.

Where were you as a comics fan when the 1990s hit?

When the '90s rolled around, I was adamant that I was going to become a comic book artist and had gone from someone who just read comics to someone who dissected them, pulling them apart trying to figure out how they were put together. I absorbed all the back matter and letters columns, hoping to learn the secrets of the industry.

I was in high school, working two part-time jobs and dropping all my free cash on comics and art supplies. My whole life was comics—well, comics and horror movies.

When you think of Marvel in the '90s, what comes to mind?

It's impossible to think 90s and not go straight to how extreme and over-the-top everything became. It's easy to point to much of the output and mock it, but so many of the characters that we love today came from that era, from that mindset. The '90s gave us Cable, Domino, Deadpool, X-Force, Generation X, War Machine, and Venom—okay, [Venom was] technically late-80s, but close enough!

Who were your favorite Marvel creators during the 1990s?

I was mostly following artists back then, so I was huge into John Romita Jr., Chris Bachalo, Erik Larsen, Rob Liefeld, Jim Lee, Art Adams, and Bill Sienkiewicz. On the writer end of things, I would pick up anything by Ann Nocenti, Chris Claremont, and Peter David. Fabian Nicieza's name seemed to be on about 50 percent of everything I read.

Todd McFarlane was a big creator for me then. Probably the biggest. His style was so incredibly unique and seemed to usher in a new era of artist. I can remember sitting at my kitchen table, trying to replicate pages from INCREDIBLE HULK (1962) and AMAZING SPIDER-MAN. And, something that was mind-blowing to me at the time, he was Canadian! Back then, I wasn't aware of any other Canadians working in the industry, so, for me, he became this example of how it was possible for us Canucks to make a go of it in comics. Previously, I'd had this idea that you needed to live in New York if you wanted to work for Marvel. And then, when he started writing! I'd only wanted to draw comics and had been looking for writers to work with. After he started writing and drawing SPIDER-MAN, I remember realizing: Hey, I can just write this stuff myself. I mean, it seems silly now, because of course you can do both, but until that time, I hadn't really considered it—I was still pretty young, so cut me a little slack.

What Marvel '90s stories stick with you?

"The Return of the Sinister Six" from AMAZING SPIDER-MAN (1963) #334-339; the first time, in my reading experience, that Spider-Man's rogues' gallery had joined forces to take down old Web-Head. It has an incredibly fun story from [writer] David Michelinie that follows up on a then 30-years-old story and did something really interesting with it, giving each villain their own story, their own set of problems. The book turned me into an Erik Larsen fan for life. 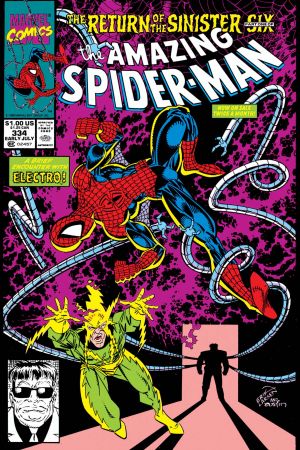 X-CUTIONER'S SONG. I feel like you're not going to find an event that screams '90s as loudly or proudly as X-CUTIONER'S SONG. It captured the frenetic energy and angst of '90s comics with dozens of your favorite X-Men characters in a quest to fight all your favorite X-Men villains! Stryfe—I love Stryfe so much! Mr. Sinister! Apocalypse! X-Force and the X-Men finally have to contend with one another, which is great. I loved the new status quo for the New Mutants and how it put them at odds with the X-Men, but it hadn't been explored until this storyline. Also, this is where we finally get the full reveal of Cable's origin.