With Marvel celebrating its 80th anniversary this year – and to scratch my own history and research itches – every week I’m digging through a whole host of important dates and details for a special segment of This Week in Marvel called… (wait for it) … This Week in Marvel History! Important comics, storylines, character appearances and moments, real world releases and special Marvel milestones—it’s all part of TWIMH! Here are just a few Marvel History notes for the week of April 12-April 18!

1971: Leonard “Doc” Samson debuts in INCREDIBLE HULK #141. A gamma-powered, buff and brainy therapist to the Super Heroes, he also had a pivotal role in the classic X-FACTOR #87 “X-Aminations” therapy issue by Peter David and Joe Quesada. Most recently, he appeared in IMMORTAL HULK.

1976: ETERNALS #1 by the King is released! Kirby introduces Eternals and Deviants and gives a hint about the Celestials who’d start showing up next issue. It’s weird and huge in scope and so, so beautiful.

1977: The final episode of The Electric Company aired on PBS. The show featured “Spidey Super Stories,” a live-action Spider-Man skit about Spidey thwarting criminals and no-goodnicks. SUPER influential for getting many kids in the ‘70s hooked on Marvel!

1986: Apocalypse makes his full debut in the pages of X-FACTOR #6. He had a tiny, last-page, shadowy cameo in issue #5, but this is him struttin’ his stuff. Legend! 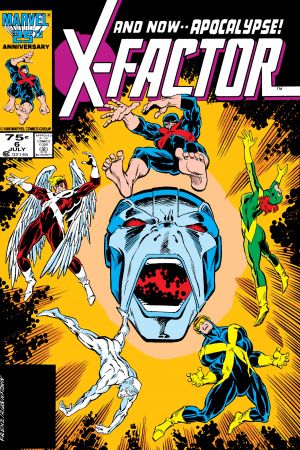 1991: According to our pals at giantbomb.com, “Spider-Man: The Video Game” is released in arcades. I LOVE THIS GAME SO MUCH. It’s a side-scrolling beat-‘em-up in the vein of “Double Dragon” or “Streets of Rage.” Four players could jump in at a time, and you could be Spidey, Hawkeye, Black Cat, or Namor! You know, Spidey’s… best… friends? It has some really fun action against Venom, amongst others. Can you make it all the way to fight the final boss—Doctor Doom?!

1973: TOMB OF DRACULA #10 by Marv Wolfman and Gene Colan gives us the man, the myth, the daywalker, Blade! It’s a fantastic issue and yes, Blade’s original costume seems a little hokey by modern standards, but he’s awesome even from the jump. 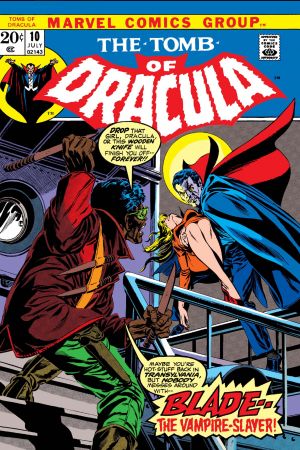 2017: The first episode of “Guardians of the Galaxy: The Telltale Series” was released.