With Marvel celebrating its 80th anniversary this year – and to scratch my own history and research itches – every week I’m digging through a whole host of important dates and details for a special segment of This Week in Marvel called… (wait for it) … This Week in Marvel History! Important comics, storylines, character appearances and moments, real world releases and special Marvel milestones—it’s all part of TWIMH! Here are just a few Marvel History notes for the week of August 23-29!

1951: ADVENTURES INTO TERROR #7 may have featured the first use of “Where Monsters Dwell!” on the cover.

1950: Stan Lee and Russ Heath gave us Marvel Boy in MARVEL BOY #1. The blond hero was brought to Uranus as a child, fleeing Earth – this story brought the powerful young man back to Earth. Bob Grayson would later be brought back as one of the Agents of Atlas. 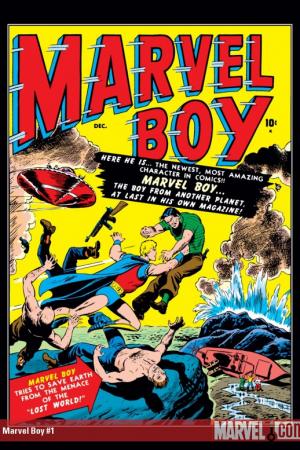 2011: INCREDIBLE HULKS #635 was the final issue of Greg Pak’s years-long run of Hulk comics. In this issue, Bruce Banner tried to get back with Betty Ross and she literally hulked out on him and ripped their wedding ring in half.

2004: Joss Whedon and John Cassaday brought back Colossus in ASTONISHING X-MEN #4 featuring one of my favorite six-page sequences in all of comics. Kitty Pryde infiltrated an evil villain lair while being chased by bad guys. They shot at her. She phased. Ping, bounced off metal. Then, splash page of her turning around and the love of her life, who died a few years ago, is standing there all steely and angry. Her stunned looks, his rage… And then after she told him to calm down, he said, “Katya? Oh god… finally. God… Am I—God, please… am I finally dead?” Weeping and hugging her. It crushed me. Peter had sacrificed himself back in UNCANNY X-MEN #390, released in January 2001, in order to find a cure for the Legacy virus and save mutantkind.

1975: FANTASTIC FOUR #164 by Roy Thomas and George Perez—with a cover by Jack Kirby—featured the first appearance of the Crusader! You know, the guy who looks like Marvel Boy Bob Grayson! The issue also includes Frankie Raye’s first appearance, a “normal” gal Johnny Storm who’s meeting for a date. It’s not revealed until October 1981 that she also had flame powers and her stepfather is Doctor Phineas Horton—the scientist who created the original android Human Torch! It’s a real messed up weird story for her, but most importantly in her history, she’d become Nova, a Herald of Galactus, in FANTASTIC FOUR #244!

2015: HANK JOHNSON, AGENT OF HYDRA #1 was released. It was a SECRET WARS tie-in drawn by Michael Walsh and written by Veep showrunner David Mandel. 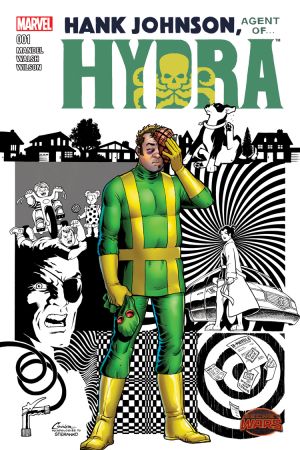 1974: Colleen Wing debuted in MARVEL PREMIERE #19 by Doug Moench and Larry Hama. Larry Hama was known at Marvel for lots of Wolverine comics and more, but he did some really neat moody art in this one. Ward Meachum also showed up for the first time this issue.

1991: FANTASTIC FOUR #357 by Tom DeFalco and Paul Ryan dropped a huge revelation: Alicia Masters was a Skrull!!! The Skrull spy Lyja was revealed to have been impersonating Alicia for a long time—specifically since Johnny, Reed Richards, and She-Hulk returned from the original SECRET WARS events on Battleworld. With no Thing returning from the fight, Skrullicia wooed Johnny in order to get close to the FF and ended up marrying him! The real Alicia had been kept in suspended animation on a Skrull ship.

2008: AMAZING SPIDER-MAN #569 featured Eddie Brock’s first appearance as Anti-Venom, which was a result of bits of the original symbiote in Eddie’s system changed by Martin Li’s powers.

1917: Humanity was gifted with one of its greatest artistic minds as Jacob Kurtzberg, aka Jack Kirby, was born on the Lower East Side of Manhattan.

1984: Spider-Man gets a new costume, a sleek black and white number, in MARVEL SUPER HEROES SECRET WARS #8 by Jim Shooter and Mike Zeck. That costume went on to become one of Spidey’s most iconic looks, and was revealed to be a symbiotic entity, later bonding with Eddie Brock to become Venom. Fun fact: technically, this both was and wasn’t the first appearance of the costume. In-world, yes—this is where Spidey gets the costume. But the costume actually appeared first for readers in AMAZING SPIDER-MAN #252, released in January 1984!