With Marvel celebrating its 80th anniversary this year – and to scratch my own history and research itches – every week I’m digging through a whole host of important dates and details for a special segment of This Week in Marvel called… (wait for it) … This Week in Marvel History! Important comics, storylines, character appearances and moments, real world releases and special Marvel milestones—it’s all part of TWIMH! Here are just a few Marvel History notes for the week of June 14-June 20!

2011: Spider-Man: Turn off the Dark opened on Broadway. 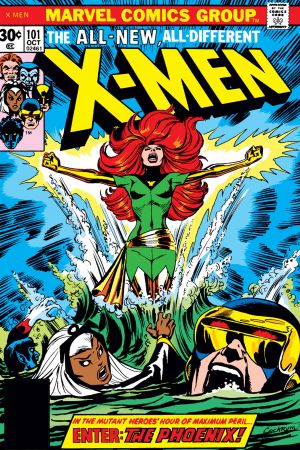 1993: Deadpool’s first solo issue was released—DEADPOOL: THE CIRCLE CHASE #1 by Fabian Nicieza and Joe Madureira. It also featured the first appearance of Slayback! I don’t think Slayback really made much of a mark, but he was a big deal to me as a kid because of this series!

2007: Fantastic Four: Rise of the Silver Surfer soared into theaters.

1987: Ms. Marvel joined the Fantastic Four in FANTASTIC FOUR #306. No, not Carol Danvers. Nope, not Kamala Khan. I’m talkin’ about Sharon Ventura! She was a wrestler for the Unlimited Class Wrestling Federation and her Super Hero origins are connected to Dr. Karl Malus! She was mutated by cosmic rays, giving her a Thing-like appearance, leading her to call herself She-Thing.

1969: Spooooky title TOWER OF SHADOWS #1 was released! And the Nega Bands were first introduced in CAPTAIN MARVEL #16, along with a new look for Mar-Vell. The bands were more specifically explored in the next issue and beyond, but they give the wearer lots of abilities such as strength, flight, durability, teleportation, and much more. They tap into the forces of the Negative Zone, and when worn by Mar-Vell and Rick Jones, are a means of transferring each between dimensions. Clicking them together will swap Rick and Mar-Vell, one in the Negative Zone and one in our dimension.

1980: Captain America mulled over the idea of running for President of the United States in CAPTAIN AMERICA #250. Iconic cover by John Byrne. 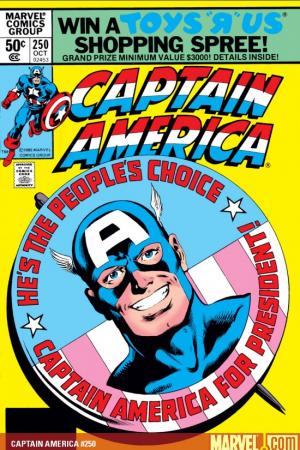 2015: We got our first look at Gwenpool on a variant cover to DEADPOOL’S SECRET SECRET WARS #2. Not a story appearance, but we’ll allow it!

1974: The villainous Nitro debuted in CAPTAIN MARVEL #34. He’s mostly notable for two things: Exposing Mar-Vell to a carcinogenic gas in this issue, which would be the primary cause of the cancer that kills the Kree hero in THE DEATH OF CAPTAIN MARVEL graphic novel. And causing a massive explosion—that’s his deal, ya know—killing hundreds, in a battle with the New Warriors that kicks off the original CIVIL WAR storyline.

1973: Daimon Hellstrom made his first appearance in GHOST RIDER #1. In the battle between Namor and Daimon over who hates shirts more, it’s a very close fight. Hellstrom’s got a cool pentagram on his chest—why wouldn’t he want to show it off?

2002: NEW X-MEN #128 by Grant Morrison and Igor Kordey was released today and has one of my favorite creepy Jean Grey-as-Phoenix scenes, but it also includes the first appearance of Fantomex. Sexy, sexy, creepy Fantomex.

1990: A correction! A few episodes ago, we incorrectly cited a date earlier this month for the release of UNCANNY X-MEN #266, which was Gambit’s first full appearance. But it’s actually on this date! Sorry about that!

2013: Angela made her Marvel Universe debut in AGE OF ULTRON #10. She is Thor’s sister and a fantastic addition to the Marvel canon. She’s also an original character created by Neil Gaiman, who is DOPE.