With Marvel celebrating its 80th anniversary this year – and to scratch my own history and research itches – every week I’m digging through a whole host of important dates and details for a special segment of This Week in Marvel called… (wait for it) … This Week in Marvel History! Important comics, storylines, character appearances and moments, real world releases and special Marvel milestones—it’s all part of TWIMH! Here are just a few Marvel History notes for the week of September 6-September 12!

1978: Doctor Strange made his TV debut! No, we’re not joking or talking about an alternate universe! Marvel was already on TV at the time, with The Incredible Hulk and The Amazing Spider-Man, and CBS aired a two-hour, made-for-TV movie starring Doctor Strange. In addition to Strange, the movie also featured takes on Wong, Clea, and the villainous Morgan Le Fay.

1983: Val Cooper debuted in UNCANNY X-MEN #176. Val is a human, but she’s played a major role in mutant affairs for years, working alongside X-Factor or as part of O.N.E. and more.

1994: UNCANNY X-MEN #318 by Scott Lobdell and Roger Cruz was a post-Phalanx Covenant cool-down issue, full of X-changes! Jubilee left the X-Men to go to the Massachusetts school and joined Generation X, which officially formed in this issue. The Westchester school became the Xavier Institute for Higher Learning, with the Massachusetts academy taking on the New York school’s former name of Xavier’s School for Gifted Youngsters. The Generation X story continues in their own book next week! 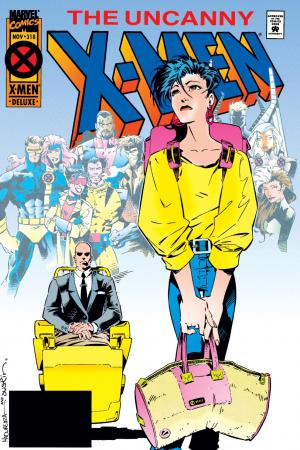 1951: ADVENTURES INTO WEIRD WORLDS #1, an Atlas-era horror and suspense series, launched. It ran for 30 issues, going until early 1954, just as the outrage over the dangers of comics to the minds of minors heated up.

1967: Whirlwind first appeared in AVENGERS #46 by Roy Thomas and John Buscema. He’s a real creeper, with some nasty history with Janet Van Dyne. He spins around and has blades and is a dangerous dude.

1976: Carol Danvers got her first solo series and adopted a moniker matching the book’s title, MS. MARVEL #1 by Gerry Conway and John Buscema. The use of “Ms.” was a big shout out to the women’s movement and included Danvers fighting for equal pay with J. Jonah Jameson as only she could – with zero negotiation with ol’ Windbags himself!

1982: The New Mutants team debuted in MARVEL GRAPHIC NOVEL #4 by Chris Claremont and Bob McLeod. Karma had already been introduced, but Dani Moonstar, Wolfsbane, Sunspot, and Cannonball were all introduced here.

Carol Danvers exhibited new energy powers and a new look when she became Binary after experiments by the Brood in UNCANNY X-MEN #164.

1964: The Merry Marvel Marching Society was revealed in comics of the week, including FANTASTIC FOUR #33. The M.M.M.S. was Marvel’s first fan club and gave members a welcome letter, membership card, a vinyl record, a notepad, a sticker, a pin, and more.

Also in FANTASTIC FOUR #33 by Stan Lee and Jack Kirby, aquatic villain Attuma made his debut. He’s a big blue Atlantean who would become Namor’s major underwater foe as he tried to conquer Namor’s kingdom in his little fishy fin hat.

Immortus, another time-traveling identity of Kang the Conqueror, debuted in AVENGERS #10 by Stan Lee and Don Heck. He’s a lot like a young Kang with a really tall hat.

STRANGE TALES #127 by Stan Lee and Steve Ditko introduced the Mindless Ones, a rampaging race of mystical creatures that fire blasts of energy from their faces and generally hurt things.

Living Laser debuted in AVENGERS #34 by Stan and Don Heck. He’s a living laser guy from New Jersey who has henched for a ton of men. He also creeped hard on the Wasp.

The Captain America story by Stan and Jack in TALES OF SUSPENSE #84 featured the first appearance of the Super-Adaptoid, an android created by A.I.M. with a tiny bit of cosmic cube inside itself that takes on traits and abilities of members of the Avengers.

1987: Steve Rogers debuted as the Captain in CAPTAIN AMERICA #337. John Walker was Captain America at the time. Cap called himself the Captain in the previous issue, but his new costume is fully revealed in issue #337. 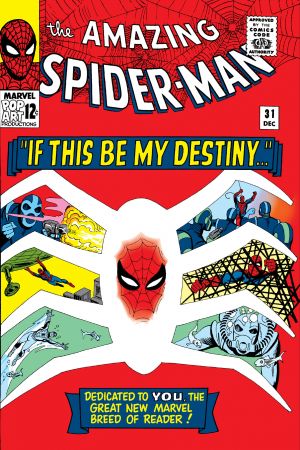 FANTASTIC FOUR #45 by Stan Lee and Jack Kirby introduced the Inhumans as a race, as well as the royal family of Black Bolt, Karnak, Triton, Crystal, and Lockjaw. (Medusa and Gorgon were introduced before this issue.)

1975: Karla Sofen first appeared in CAPTAIN AMERICA #192. Several years later she would become Moonstone and eventually join the Masters of Evil and the Thunderbolts.

1998: MARVEL KNIGHTS launched with DAREDEVIL #1 by Kevin Smith, Joe Quesada, and Jimmy Palmiotti. If you missed Tucker Markus’s excellent and comprehensive oral history of MARVEL KNIGHTS from 2018, please check it out!

1953: Marvel launched its first parody/humor magazine called CRAZY, attempting to capitalize on the runaway success of Mad Magazine. It didn’t quite work then, but CRAZY was brought back for a roughly 10-year run in 1973.

1963: FANTASTIC FOUR #21 by Stan Lee and Jack Kirby introduced Hate-Monger, one of the most horrible villains of all time. The original Hate-Monger is Adolf Hitler’s mind in a cloned body, a process developed by Arnim Zola.

And the Iron Man story by Stan Lee and Steve Ditko in TALES OF SUSPENSE #48 named Tony Stark’s company as Stark Industries for the first time.

1974: Steve Rogers adopted the identity of Nomad in CAPTAIN AMERICA #180 by Steve Englehart and Sal Buscema. This new identity came as a result of the SECRET EMPIRE storyline wherein Cap revealed corruption in the U.S. government going all the way to the top. The situation disillusioned Steve so much that he threw down the shield for a time. This issue also featured the first appearance of a new Serpent Squad, led by Madame Hydra AKA Viper.

AMAZING SPIDER-MAN #139 by Gerry Conway and Ross Andru introduced the Grizzly! He’s a big boy in a bear suit that augments his strength! And he was formerly a pro wrestler!

2009: NOMAD: GIRL WITHOUT A WORLD #1 by Sean McKeever and David Baldeon plucked Rikki Barnes from the Heroes Reborn universe and inserted her into the main Marvel Universe. By the end, she started taking on the identity of Nomad. 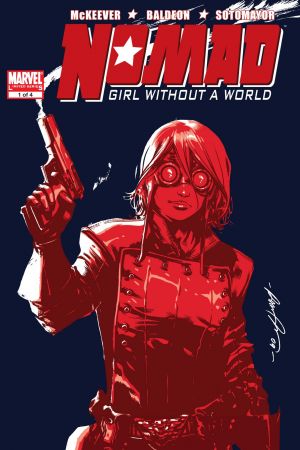 1973: Howard the Duck appeared for the first time in ADVENTURES INTO FEAR #19 by Sal Gerber and Val Mayerik. Cigar-chomping, pantsless Howard drops into a swamp, surprising a sullen barbarian who’s hanging out Man-Thing.

1996: The Heroes Reborn launches continued with CAPTAIN AMERICA #1 by Jeph Loeb and Rob Liefeld. It was also the introduction of Rebecca “Rikki” Barnes AKA the Heroes Reborn universe’s version of Bucky Barnes. This is also of interest right now because of FUTURE FOUNDATION #2, which released this week. Wanna know more about Rikki? Check out this article!